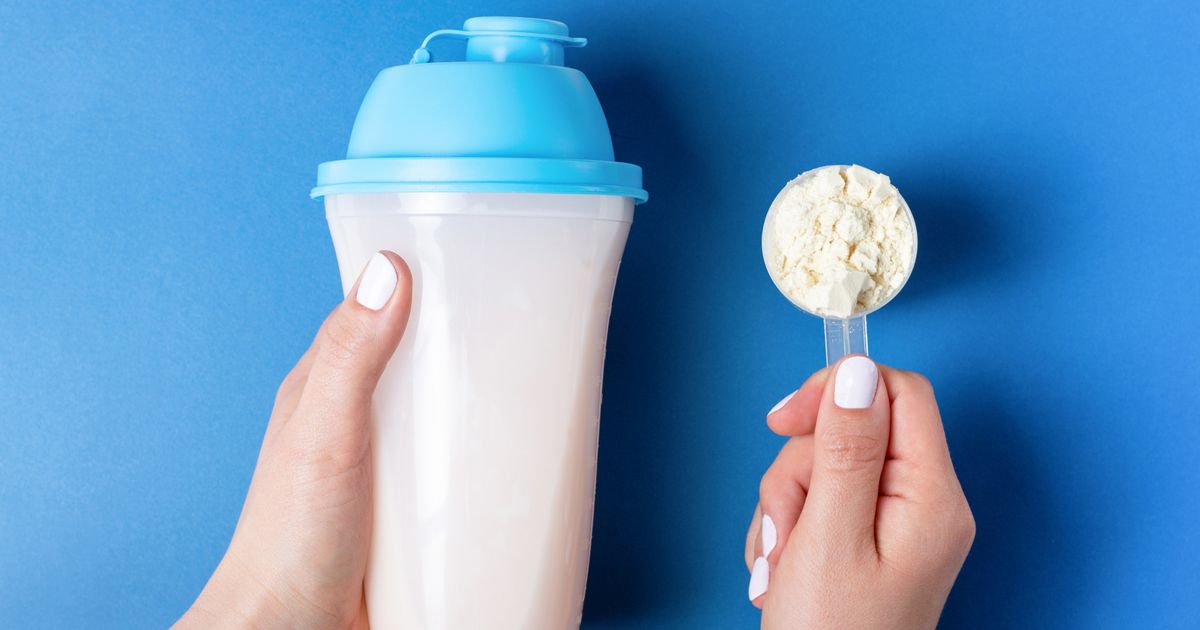 It seems every day there’s a wacky new challenge or craze gripping users on TikTok.

Sometimes they’re harmless, like the recent McDonald’s chilli oil ice cream hack, but other times they go horribly wrong and leave people fighting for their life, as we saw with the ‘tongue piercing’ magnet trend, which left an 11-year-old boy seriously ill after accidentally swallowing magnets.

Another trend has since been flagged as dangerous after a TikTok user claims to have ended up in hospital because she suffered a heart attack.

Briatney Portillo, from Florida in the US, has warned people to learn from her mistake and not to try everything they see online after she gave ‘dry scooping’ a go.

The powder is meant to be diluted with water as the ingredients can be dangerous if consumed in high quantities, as Ms Portillo unfortunately discovered.

In a clip posted on the video-sharing platform, the 20-year-old explained that she isn’t used to consuming so much caffeine and suffered a heart attack as a result.

She wrote: “When you do a dry pre-workout scoop for the first time knowing you don’t consume caffeine regularly and end up in hospital for a heart attack.

“Putting this out there so y’all don’t do what I did because I’m the type of person to try anything and everything I see here w/o questioning it.”

In a follow-up video she claimed her symptoms included a heavy chest, nausea and fatigue, but she initially ignored them and carried on with her workout.

Her chest pains later got worse while she was at work and her left arm began feeling numb – which was when she knew something was really wrong.

Speaking to The New York Post, Ms Portillo added: “I never thought something like this would ever happen to me. Especially because I’m so young.”

As well as the risk of a heart attack, the dry scooping trend is dangerous as it also poses risk of high blood pressure and choking.

According to The Independent, some pre-workout powders can contain as much as 500mg of caffeine, which is around the same amount you’d find in five cups of coffee.

Victoria Taylor, Heart Health Dietitian at the British Heart Foundation, told the publication: “Pre-workout supplements often contain more caffeine per serving than a cup of coffee or energy drink, as well as other stimulants.

“Some people are more sensitive to caffeine and can experience palpitations.”

While the NHS says drinking more than four cups of caffeine-rich drinks can increase your blood pressure.

There could also be a risk of choking on the powder.

So whatever you do, definitely do not try this at home!

Do you have a story to share? We want to hear all about it. Email us at yourmirror@mirror.co.uk