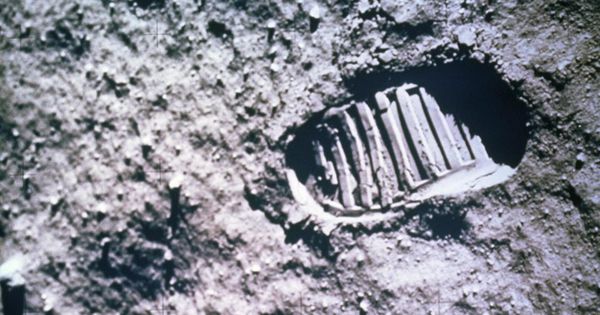 One small step for man has become many important steps for medicine. (Photo: Getty Images)

On this day, 50 years ago, medicine got mooned.

It was July 20, 1969, when Neil Armstrong became the first human to walk on the Earth’s moon, famously stating “That’s one small step for man, one giant leap for mankind.” Not only did this major achievement prove once and for all that the Moon is not made of cheese, it marked a major milestone in the NASA space program. This program, in turn, has led to many medicine and health-improving scientific discoveries and developments.

With Star Trek, Star Wars, and the Guardians of the Galaxy making space travel seem so commonplace, it may be easy to forget just how significant the Moon landing was for the NASA space program and humanity. The Soviet Union had beaten the U.S. to space by launching the Sputnik satellite in 1957. Then, Soviet cosmonaut Yuri Gagarin became the first human to reach space on April 12, 1961, aboard the spacecraft Vostok 1.

By comparison, the U.S. had looked quite behind at the time. Therefore, President John F. Kennedy issued a challenge to America in 1961 to land an astronaut on the Moon by the end of the decade. Eight years later, the Apollo 11 crew that included Armstrong, Buzz Aldrin and Michael Collins, ended up answering that challenge.

Here’s some video footage from Voice of America news on the Apollo 11 mission:

This remains a remarkable achievement today. No one has returned to the Moon since 1973, and no other country has ever made it up there. The race to the Moon really propelled the NASA space program into the stratosphere, literally and figuratively. Programs are like people and football (soccer) teams. They need goals. Who knows what would have happened to the space program had a moon landing not been a goal.

Even if you haven’t been to the moon yourself, you have been affected by the Moon landing. Search the database on the NASA Spinoff website and you can find technologies that have resulted from the space program, many of which have directly benefited you, your family, or your friends. For example, numerous computer technologies emerged from the space program that not only have helped build the computer and the tech industries but also have become key components in medical devices such as MRI (magnetic resonance imaging) machines. Additionally, the space program produced robotic devices and miniaturization approaches that have then served as the basis for equipment used in surgeries and other medical procedures.

Then, there are all the insights that have been gathered from studying what happens to astronauts when they go to and hang out in space. Astronauts can’t just put on a catsuit, bring a tricorder, rely on the Force, and jump into the Tardis when going to space. Space can offer very harsh and unusual conditions such as zero gravity. As Dorit Donoviel, Ph.D., Director of the Translational Research Institute for Space Health at the Baylor College of Medicine, explained, “zero gravity, for example, changes the pressure on the brain as well as the regulation and shifting of different fluids in the body.” Additionally, researchers have observed how the lack of gravity can increase bone loss and muscle loss, helping them determine how best to prevent these from occurring in Earth-bound people.

And if you think that your doctor’s office is inconvenient, consider the situation that astronauts face in space. Although parking for them may be quite plentiful, astronauts experiencing a health problem can’t just go to Kaiser Asteroid, see their regular doctors, or stop by at the Walgreens in Alpha Centauri. As Donoviel explained, astronauts had to learn how to take care of themselves while communicating very, very remotely with health professionals. This helped health professionals better understand how to walk people without medical training through different medical situations.

Being on the Moon brought additional challenges. Getting back to Earth is a lot harder from the Moon than from the Earth’s orbit. There is no commuter rail, no Uber, no Lyft. All of this made self-care even more important.

Then there’s the intense radiation that bathes the Moon. While radiation exposure is already a major problem once you get into the upper atmosphere of the Earth, it becomes particularly intense on the Moon, which no longer has the Earth’s atmosphere as cover. Even sunscreen with SPF 10 million is not going to protect you from space radiation and radiation from the Sun. Therefore, NASA had to develop new ways to protect astronauts from radiation exposure. This then helped shape radiation protection and radiation therapy back on Earth. Although, one method to protect against the radiation from a solar flare, described by Donoviel, probably would not be appropriate on Earth. She said that if a solar flare occurred on the Moon, astronauts were ready to dive on top of the Commander, providing a pile on human shield for the Commander. Of course, this would have been bad for everyone who wasn’t the Commander and should not be tried routinely at the workplace.

Donoviel pointed out another challenge of being on the Moon: lunar dust. Lunar dust is not the same thing that forms little bunnies under your bed. Lunar or moon dust is “like shards of glass, very abrasive,” according to Donoviel. It can be chemically active and carry an electric charge as well. This means that it not only can be physically harmful but it can also react with different tissues in your body to cause further damage. For example, a study published in the journal GeoHealth found that the materials found in lunar or moon dust can damage the DNA in lung and nerve cells and even lead to their death.

This Smithsonian National Air and Space Museum video shows how damaging lunar dust can be:

As you can see, the lunar dust in this video came from the 1973 Apollo 17 mission, the last one to go to the moon. On that mission, NASA astronauts Harrison Schmitt and Eugene Cernan accidentally brought lunar dust back into their lunar landing module after a walk on the moon. This is a bit like taking a walk in the park and realizing when you get inside that you have dog poo on your shoes. Schmitt then experienced an allergic reaction from inhaling the moon dust that was on their boots, suits, and tools.

Studying the lunar dust “pollution” on the Moon can help us better understand how to deal with the pollution that’s rapidly enveloping our planet. After all, let’s face it, we are treating our planet like a giant toilet bowl with some people arguing that there is no problem while more and more poo accumulates. As a result, unless we begin to make some drastic changes, some of the conditions on the Moon may not be so many moons away for Earth.

The study of medicine extends well beyond hospitals and clinics. In fact, it extends well beyond this Earth. The years following President Kennedy’s declaration and the successful Apollo program have demonstrated how knowing about the moon and space better can help understand human health better. A half century ago, medicine got mooned, and that’s been a good thing.