When Rowe had her son, there were many things she was worried about. Would she be able to raise him? How will she protect him from the devastating things she went through?

By evaluating her experiences and how they made her feel, she was able to make sure her son didn’t have to go through the same things she did.

Even if she wasn’t the one abusing, Rowe knew that even other family members could harm children. Here’s how she protected and raised her son…

Like any mother, before I had my son, there were lots of things I didn’t know and had to learn.

I didn’t know how to work out the reasons he was crying, I hadn’t changed a nappy before, and I didn’t realise how overwhelmingly responsible I would feel for the little human who was so dependent on me to meet his every need.

In my case, there were some things that I didn’t have to learn or guess, and this was because of my experience with extreme abuse as a child.

For example, I knew about the harm that adults could do to children, so I was never going to leave my son with anyone for an extended period – certainly not for days, weeks, months or years.

I was never going to do what my mother did when she left me for years from the age of two.

I ended up feeling unwanted and unloved especially as there was no mention of the reason she went away and no attempt to make me feel better about it. Not to mention the assault I experienced from my aunt, the person she left me with. 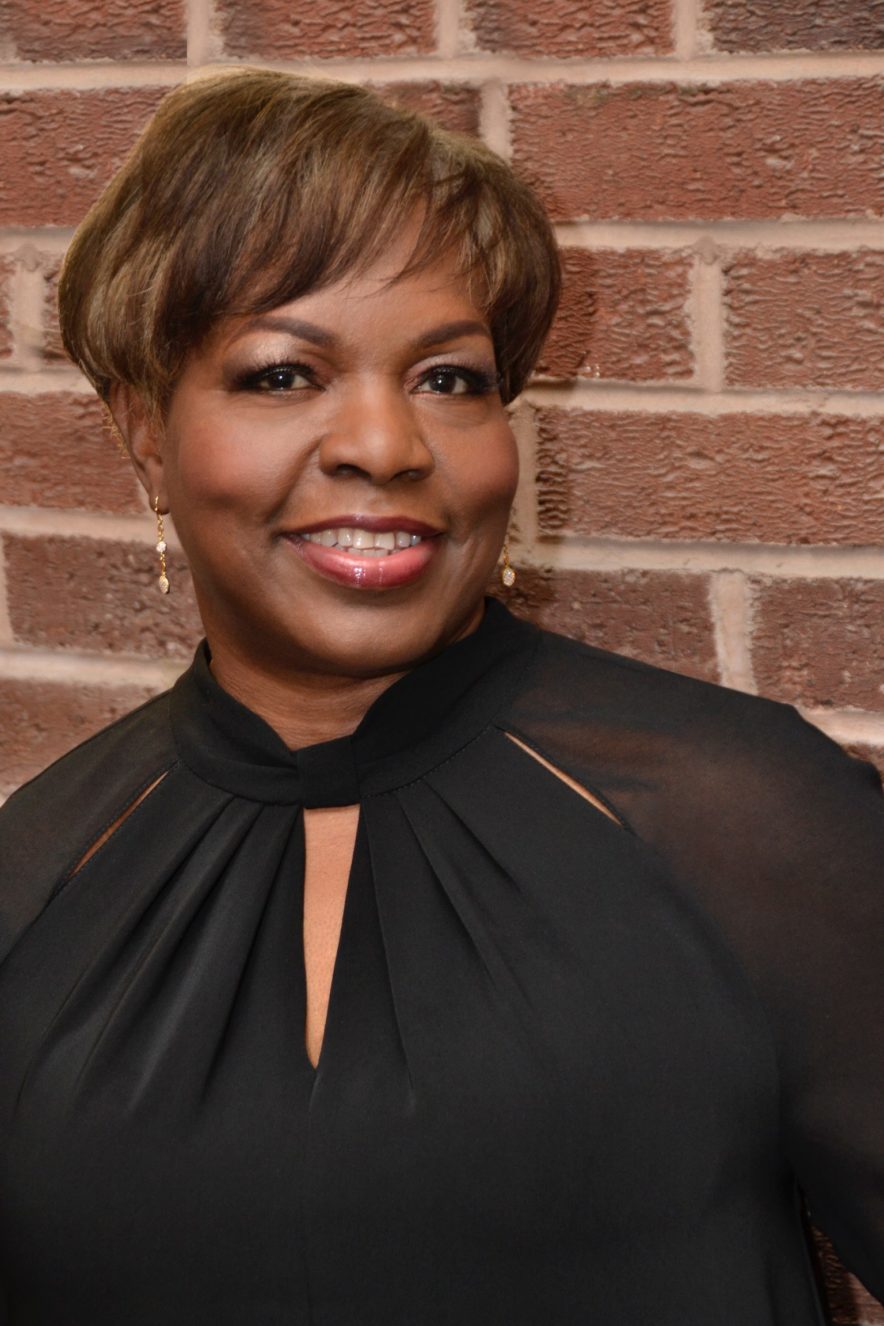 When it came time to leave my son with childminders during the day, which I had to do because of work, I was very careful.

I knew about the approval processes childminders went through because I was a social worker in the same department as the vetting team.

It wasn’t enough though; I was careful about checking their attitude to children before and while they were looking after my son. I will never forget the time when one of his two childminders felt so comfortable with me that she shared her beliefs.

After explaining them, she said she meant to ask me whether I had paid a visit to anyone on the ‘dark side’ while I was pregnant.

it left me wondering what would she have done to the baby?

When I asked what she meant and why she was asking this question, she said she noticed that my son looked at her in a strange way – I realised the woman was indicating witchcraft!

That would never have come out had I not made her comfortable enough to speak with me. I reported her and removed my son from her care immediately.

I was kicking myself for not realising that this insane woman was looking after my son.  I later realised there was no way to know without this conversation.

Still, it left me wondering what would she have done to the baby? What did she do already?

I knew that children needed to be communicated with, because I didn’t have much of that when I was growing up.

So, I went out of my way to encourage my son’s father to spend time with him.

He learned this, and even today my son has many fond memories of the times he spent with his father and he is a more balanced rounded individual because of it. 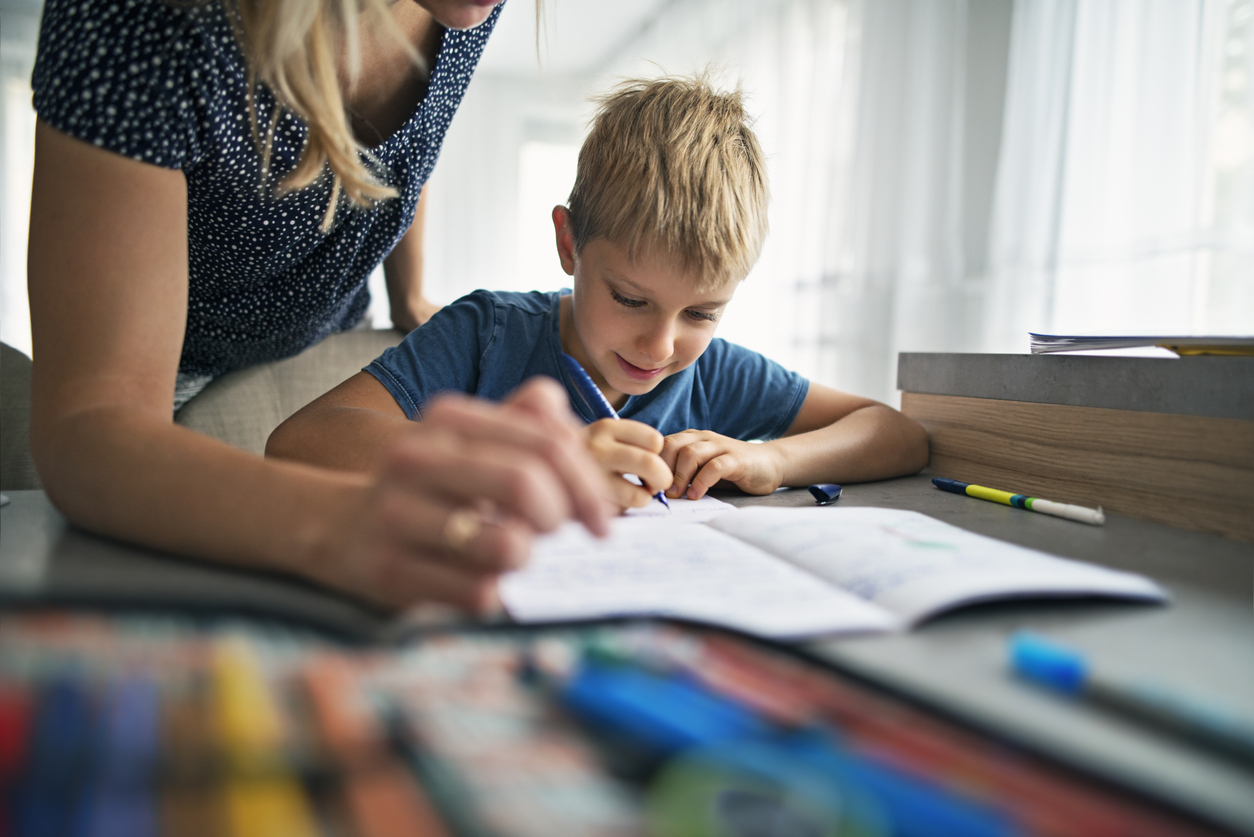 Watch the example others are showing

Because I knew that parents could harm children, having been hurt myself, emotionally, physically and sexually, I carefully watched his father’s interactions with my son throughout his childhood, intervening when I thought his approach might affect my son’s self-confidence.

Examples were times when he was being punitive while teaching him something or other.

His father never hit him, but I saw that some of his values were not helpful for my son. Like the fact that his father was a defeatist, giving up before he tried to do the things in life that would make him successful. I was worried because I wanted my son to achieve all he could be in life.

I carefully watched his father’s interactions

As a result, I would always emphasise one of the positive things one of my abusers taught me (yes, abusers can also impart good things).

My aunt repeatedly told me (and I did the same with my son) that I could be anything I wanted to be with the required effort.

I was deliberate about ensuring his self-belief perhaps because it was part of what made me resilient against the abuses I experienced, albeit in a diminished way.

Accept that sexual abuse does exist

Because of the sexual abuse I experienced from my father; I knew that people including family members sexually abuse children.

I was fifteen when I moved to the UK to live with my father, meeting him for the first time.  He was the first friendly and happy adult that I had lived with, so I was relaxed and pleased, laughing at his jokes and thinking it was good that I had met him at last.

When his wife turned to look at what was going on and then turned her back, I was devastated

Then one night when I was sleeping in their room on my pull up bed because they didn’t have a separate room for me, my father left his side of the bed to walk round to where I was sleeping (next to my step-mother) to sexually abuse me.

When his wife turned to look at what was going on and then turned her back, I was devastated. It happened again, and I couldn’t do anything about it because I did not think there was anyone to protect me.

The fact that my son was a boy made no difference to me, I never left him with my father or my step-mother, not for a second.

I introduced them to him because I didn’t want my son to believe he didn’t have any family. I thought I didn’t have any other family members than my aunt when I was young. I knew the sense of isolation it left me feeling, but I was vigilant knowing that they were abusers. 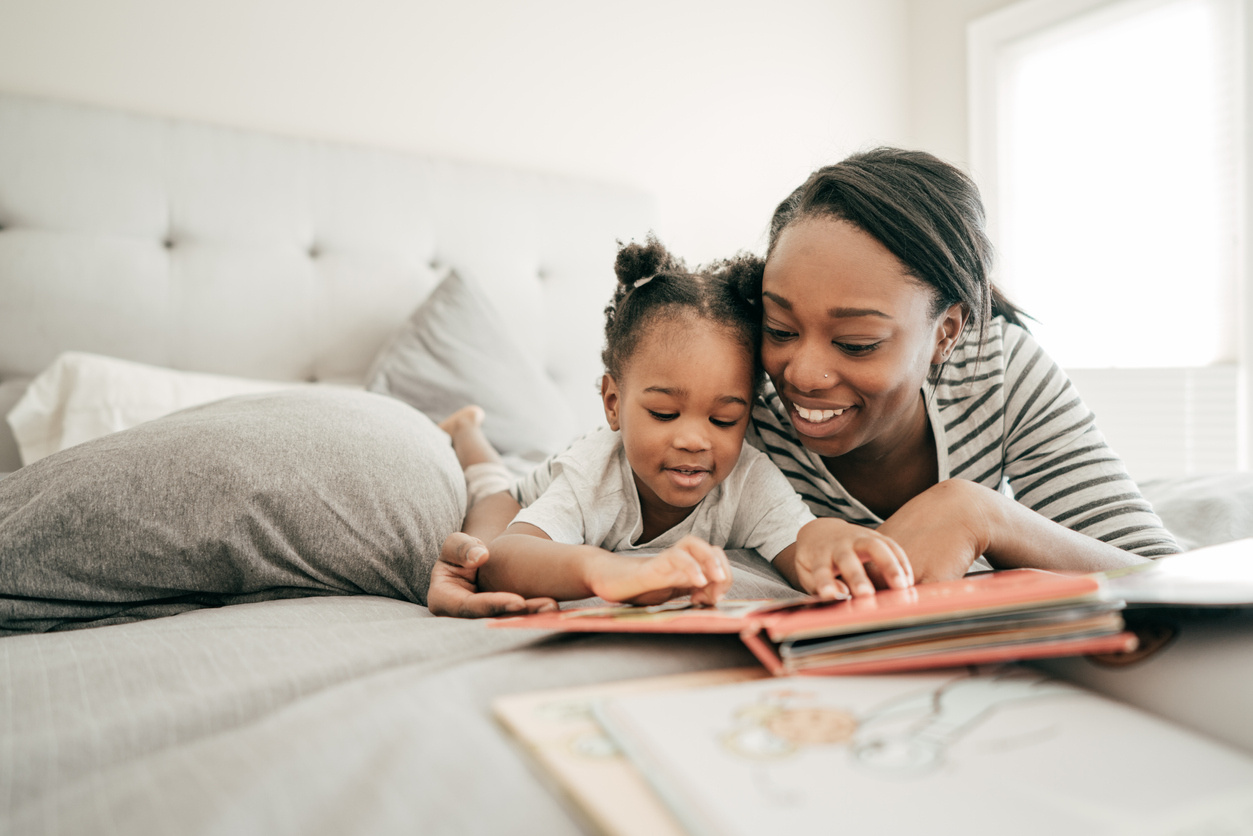 The other thing I hurriedly dedicated myself to do was to make sure my son could express his feelings. Even before he could talk I let him know that I was interested in what he felt.

I used words that could explain what he was feeling. I asked him if it hurt when he fell, I asked him if he was happy when he laughed helping him to name his feelings.

I spent a great deal of time choosing books that were fun to read and could help him to protect himself. I found appropriate books for all stages of his development (aided by his god-mothers), some of which he still refers to even today, some 30 years later.

These children books told him about appropriate behaviours by adults and taught him about values too.

I planned that my son would not convey the type of vulnerability, the passivity that would cause anyone to think they could harm him and get away with it, without him saying what happened.

He wasn’t going to be so passive and afraid of life that he projected it to all and sundry, which is what I did because of the abuse I experienced.

I had to be careful though because he needed to be able to listen and be respectful as well. I think I achieved the right balance; he is an articulate young man who is confident and a joy to be around.

Evidence of his ability to protect himself

I learned that my strategies had been effective when one day, I had to leave him to go to an interview.

When I returned to collect him from my friend who was also a social worker and had young children his age; I entered the house to see him sitting on the stairs looking very stern and refusing to move.

When I asked what was wrong my friend told me that he refused to share a bath with her son. She didn’t see anything wrong with that, but clearly, he did and refused. He confirmed what she said, and I was very proud.

You see, my experience taught me that it is important for children to have at least one occasion when they said no to an adult and was supported.

There were a couple other occasions when he wasn’t comfortable staying with other people and I listened. I knew that he was clear about what was right or wrong based on what he felt. It taught me about these friends too.

I never told him to be wary of anyone, he learned from my vigilance and used his judgement from a very young age. I saw that in his teenage years too. 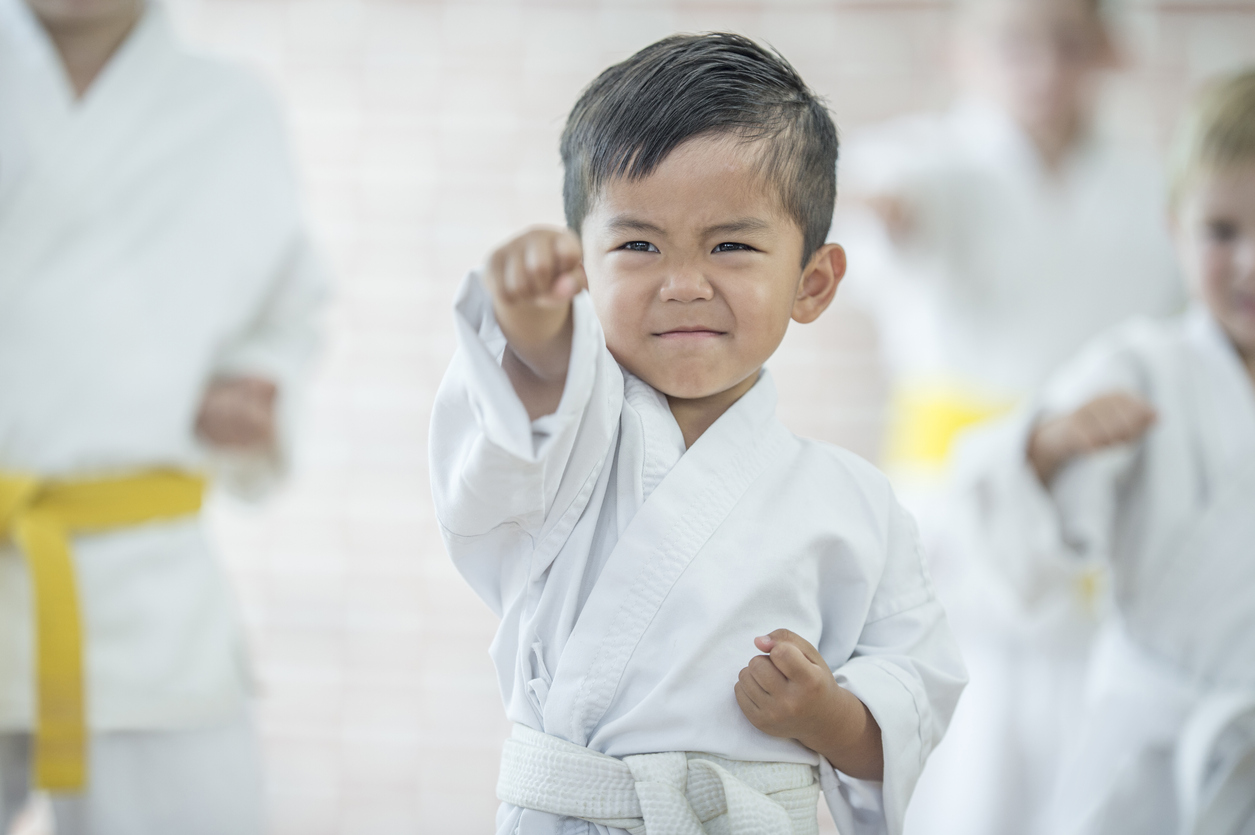 I did other things without realising that it was the result of having abusive caregivers.

Since the age of five my son attended martial arts classes. He has continued up to this day because he values the confidence and discipline it has taught him.

He was first introduced to martial arts by his god-mother whose son did the same thing. I wasn’t sure about it at first because I didn’t understand that it helped self-confidence and encouraged defensive skills.

I thought it would encourage him to fight, which I didn’t want because I was so afraid of violence because of what happened to me as a child.

I knew my fears should not be his fears

However, I knew my fears should not be his fears, so I made sure I took him to every class without fail. When he was old enough to go by himself, he went religiously.

I know that I imparted a strong belief in the need for consistency. I think about this now, and I realise I didn’t have much consistency as a child having to move to three countries to live with different relatives through-out my childhood.

As a result, I was so determined that he would finish whatever he started including University and his law profession.

A few years ago, he expressed his desire to undertake another profession doing what he is most happy doing. I am glad I raised a young man who truly knows that he can do anything he wants to do. 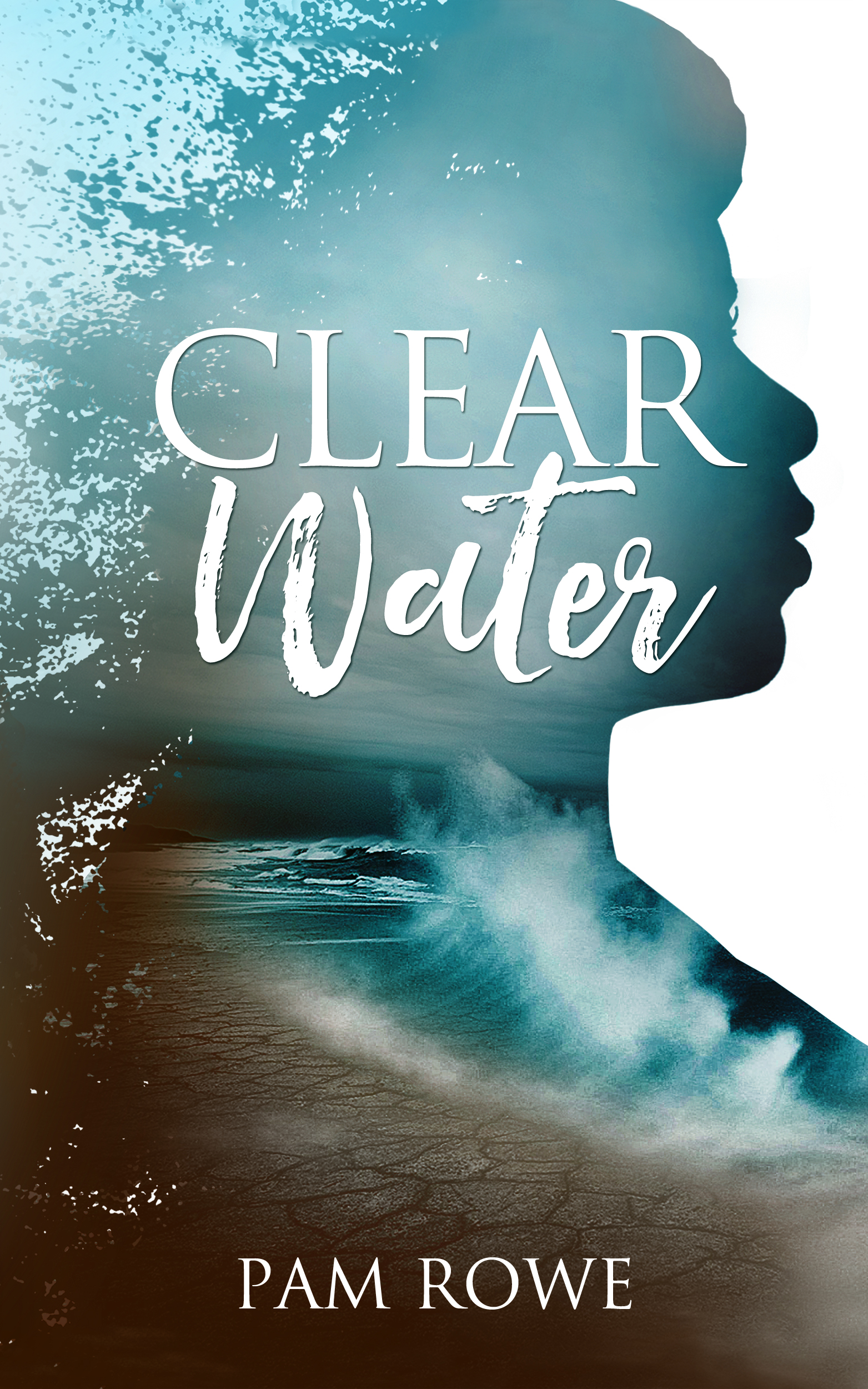 Clear Water, a memoir by Pam Rowe is available to buy on Amazon. To find out more go to: pamrowe.com/

Stressed out? These stress-reducing foods could help