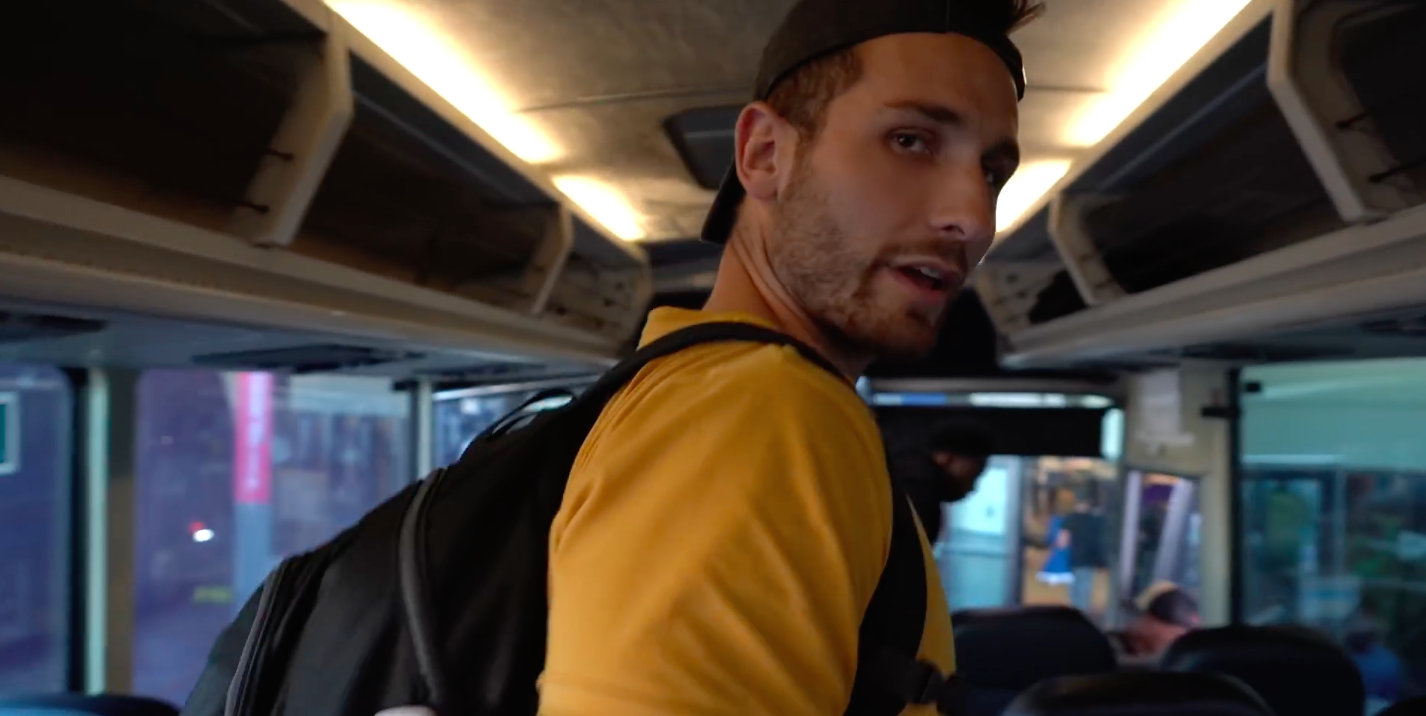 The Yes Theory guys are known for stepping out of their comfort zones and coming up with challenges that force them to face their fears or experience a new point of view. They’ve hiked up a freezing cold mountain in their underwear, slept in the “world’s most dangerous bed” suspended above a canyon, and even gone swimming with sharks on a first date. Their motto is “seek discomfort,” and they take that literally when devising their latest challenge for Matt and TD: taking an “84 hour torture ride” via Greyhound from Miami, Florida to Seattle, Washington.

“When you put yourself through endurance challenges like this, it’s actually great practice for life,” says Matt. “If you’re able to withstand a tight cramped bus for 80+ hours, I think you can withstand a lot in life.”

They’re joined on their cross-country odyssey by English YouTubers Zac and Jay, who had completed their own much smaller version of this challenge when they travelled the length of the United Kingdom by train. What follows is four days of sleep deprivation, surreal encounters with strangers, some gross make-do baths in bus station bathrooms, and a series of close calls as they attempt to make connecting buses in Orlando, Atlanta, St. Louis, and Denver.

And while the lack of sleep and uncomfortable seats take their toll on the group’s mental state (even self-professed “mental toughness” expert Matt), it seems worth it for the connections they make with their fellow travelers along the way — including a generous Portland local who offers to drive them on the last leg of their trip when they miss the final bus.

“It’s crazy the characters you meet on a trip like this,” says Matt as they near their journey’s end. “It’s just people that you would never interact with otherwise, and you realize how much you live in your own bubble. The mix of people is so eclectic; all races, religions, genders. Usually we fly over the country, and now we get to really experience the people and the places that make up 95 per cent of this country that I’ve never actually seen… It’s been tough but very worth it, and I’m so thankful.”