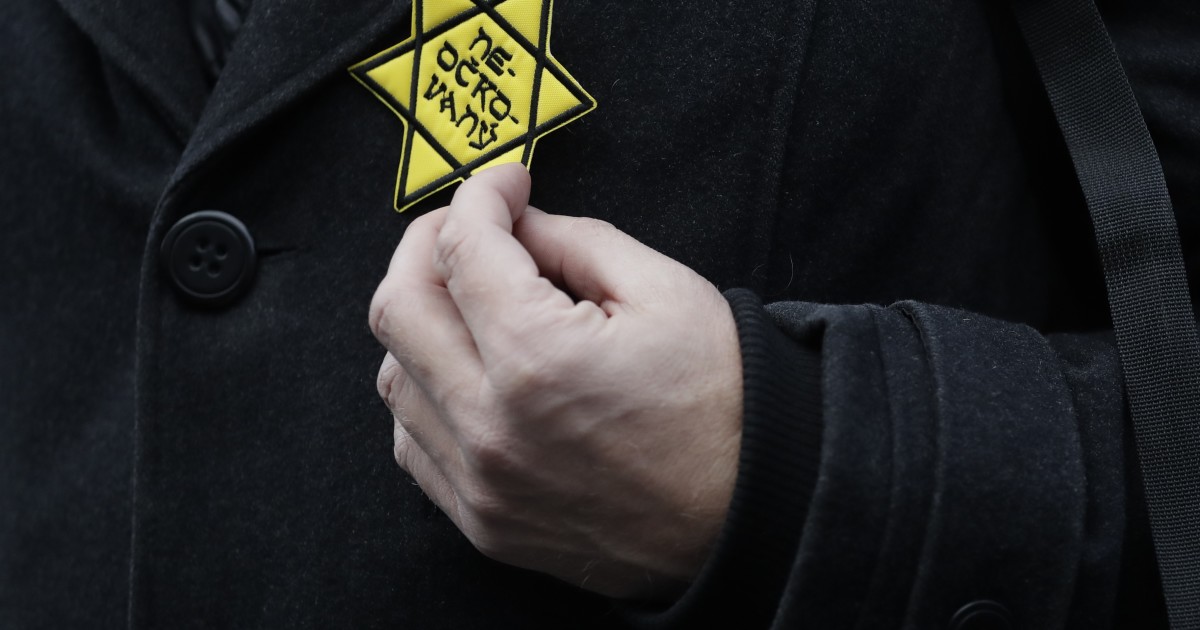 A Washington lawmaker apologized for wearing a yellow Star of David, a symbol that the Nazis forced upon Jews as an identification marker during the Holocaust, while giving a speech in which he railed against vaccine mandates.

Republican state Rep. Jim Walsh apologized Wednesday after he placed the star on his shirt as he addressed a crowd of conservative activists at a church basketball gym in Lacey on Saturday.

“This gesture went too far. It was inappropriate and offensive, and I’m terribly sorry that it happened and that I was part of it,” he said. “At the event, our intent was to make a signature, make a symbol of common humanity and frustration whenever anyone is objectified and minimized. And that intent was just not executed effectively. It went too far.”

He was trying to make a point about “denying people their rights” by forcing them to get the coronavirus vaccine, though the imagery backfired, he said.

“These processes of denying people rights, their civil liberties may begin innocuously, but they can lead to terrible outcomes, and that’s a point I think is important to make,” Walsh added. “The erosion of civil liberties and foundational rights always begins gradually and gets worse.”

He previously remained steadfast in his defense of the accessory.

The lawmaker posted the video on social media, and in the comments section, when someone asked if it was appropriate for him to be wearing the star, Walsh responded, “It’s an echo from history. … In the current context, we’re all Jews.” He did not explicitly refer to the Nazis, the Holocaust, or Adolf Hitler during the event.

“Some people are offended by having to provide vaccine documentation at their work,” he said. “I can’t control who is offended by what.”

Washington has not imposed a mandate for the coronavirus vaccine, though the state Department of Labor and Industries requires employers to verify their employees’ vaccination status before lifting mask requirements in the workplace.