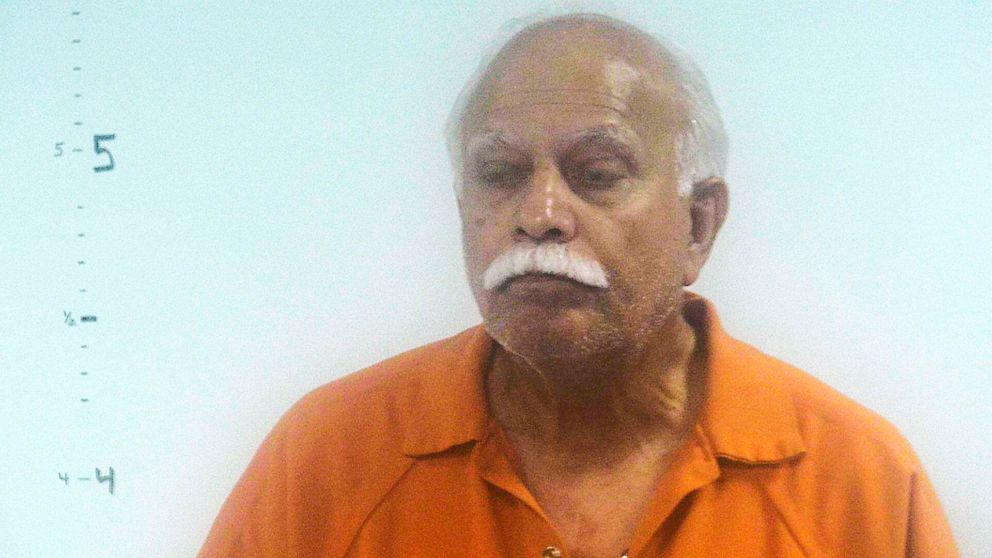 But federal prosecutors say many of the procedures he performed were unnecessary, unwanted and even unknown to some of his patients.

Perwaiz, 69, of Chesapeake, Virginia, was arrested last week in a case that has drawn outrage and prompted patients seeking their medical records to swamp his offices.

An arrest warrant affidavit written by an FBI agent alleges that Perwaiz, an obstetrician-gynecologist, has a long history of performing unnecessary surgical procedures on his patients without their knowledge or permission, including hysterectomies, tubal ligations, and dilation and curettage procedures.

Perwaiz is also accused of subjecting some Medicaid patients to repeated surgical procedures.

In one case, Perwaiz is accused of performing annual surgeries on a woman who had diagnosed herself with endometriosis. In 2014, when the woman went to see a fertility specialist, she learned that “both fallopian tubes were burnt down to nubs,” making natural conception impossible.

“Perwaiz had removed J.L.’s fallopian tubes without her knowledge or consent,” FBI agent Desiree Maxwell wrote in the affidavit.

Another patient sought treatment from Perwaiz in 2012 after an abnormal Pap smear. The affidavit says Perwaiz advised the woman to undergo a hysterectomy, but she objected and agreed instead to have outpatient laparoscopic surgery to remove her ovaries only.

When she awoke, she was “shocked” to learn Perwaiz had performed a total abdominal hysterectomy and had perforated her bladder during the surgery, the affidavit states. The woman developed sepsis and was hospitalized for six days.

Authorities said Perwaiz also has been named in at least eight malpractice lawsuits that allege he falsified patient records to justify medical procedures, failed to use less invasive techniques and provided substandard care that caused permanent injuries to three patients and life-threatening injuries to two patients.

The investigation began in September 2018 after the FBI received a tip from a hospital employee who suspected Perwaiz was performing unnecessary surgeries on unsuspecting patients.

The tipster said Perwaiz’s patients would tell hospital staff they were there for their “annual clean outs.” In many cases, the patients did not know about the procedures that were being done on the them, the affidavit states.

“Witnesses also alleged PERWAIZ routinely used the ‘C-word’ (Cancer) to scare patients into having surgery,” Maxwell wrote in the affidavit.

Since Perwaiz’s arrest, other patients have come forward, the FBI confirmed.

Christina Pullen, a spokeswoman for the FBI’s field office in Norfolk, said agents seized Perwaiz’s medical records dating back to 2015. She said the FBI is encouraging any patients who believe they may have been victims to call the FBI or send a tip through its website.

Madison Taylor, a patient from Chesapeake, said Perwaiz had a nice bedside manner but complained about how many surgeries he recommended for her. She said that when she visited his office last week, he said he wanted to remove a cyst on her right ovary. She said she declined and left.

“I was tired of him cutting on me,” she told The Virginian-Pilot newspaper, which first reported on the allegations against Perwaiz.

Perwaiz is being held at the Western Tidewater Regional Jail pending a detention hearing scheduled for Thursday in U.S. District Court in Norfolk.

A woman who answered Perwaiz’s work phone Tuesday said his two offices in Chesapeake are being “closed down.”

Perwaiz attended medical school in his native Pakistan and received his medical license in Virginia in 1980. He has had a history of disciplinary problems.

In 1982, he lost his privileges at Maryview Hospital in Portsmouth because of “poor clinical judgment” and for performing unnecessary surgeries, according to the FBI affidavit.

He was previously investigated by the Virginia Board of Medicine for performing surgeries — mainly hysterectomies — “without appropriate medical indications and contrary to sound medical judgment,” the affidavit states. He was only censured for poor record-keeping.

In 1996, Perwaiz pleaded guilty to tax evasion. His medical license was temporarily revoked but was reinstated in 1998.

Perwaiz had admitting privileges at Bon Secours Maryview Medical Center but was not a hospital employee. Spokeswoman Emma Swann said Bon Secours is conducting an internal investigation and “cooperating fully with outside authorities.”