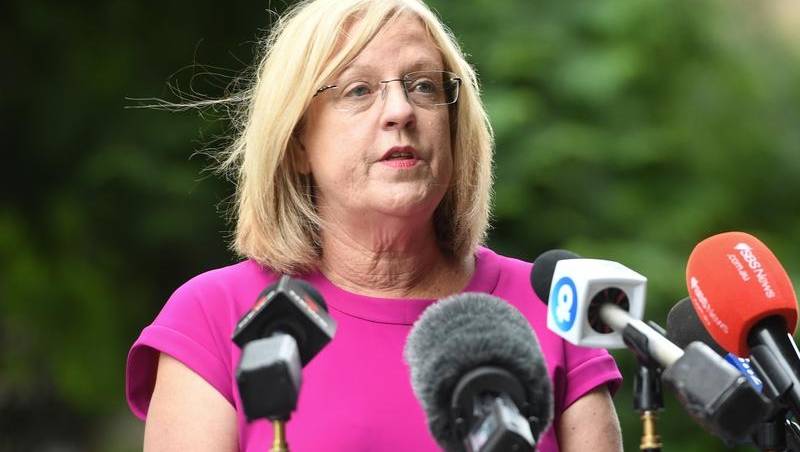 Victorian cabinet minister Lisa Neville will be away from work for three months while receiving treatment for a chronic auto-immune disorder.

Ms Neville, who was hospitalised a week ago for Crohn’s disease, managed the police and emergency portfolio, including oversight of Victoria’s hotel quarantine program, and the state’s water portfolio.

The seasoned minister in Premier Daniel Andrews’ government announced she had gone to hospital on February 13 and said she’d be back soon by Monday.

However Ms Neville released a statement on Saturday outlining the severity of the condition she has lived with for three decades.

“Many people in the community live with this condition, and to date I have successfully managed the effects of it,” she said.

“However the current episode is the worst I have been confronted with.

“The clear advice from my doctors is if I don’t take this period of rest and recovery I will be faced with major bowel surgery and risk long term consequences to the quality and length of my life.”

Her statement was released simultaneously with one by Mr Andrews announcing a three month leave of absence.

The premier said Ms Neville’s police and emergency services portfolio, including management of COVID-19 Quarantine Victoria would be managed by MP Danny Pearson.

Mr Pearson is Assistant Treasurer and Minister for Government Services and Regulatory Reform and replaces Health Minister Martin Foley, who was initially announced as Ms Neville’s replacement in those portfolios.

Richard Wynne remains Ms Neville’s replacement in the water portfolio and Gayle Tierney MP will act as a duty member for Ms Neville’s seat of Bellarine.

“She has our full support in taking the time to focus on her recovery, and we look forward to welcoming her back as soon as her health allows,” Mr Andrews said.