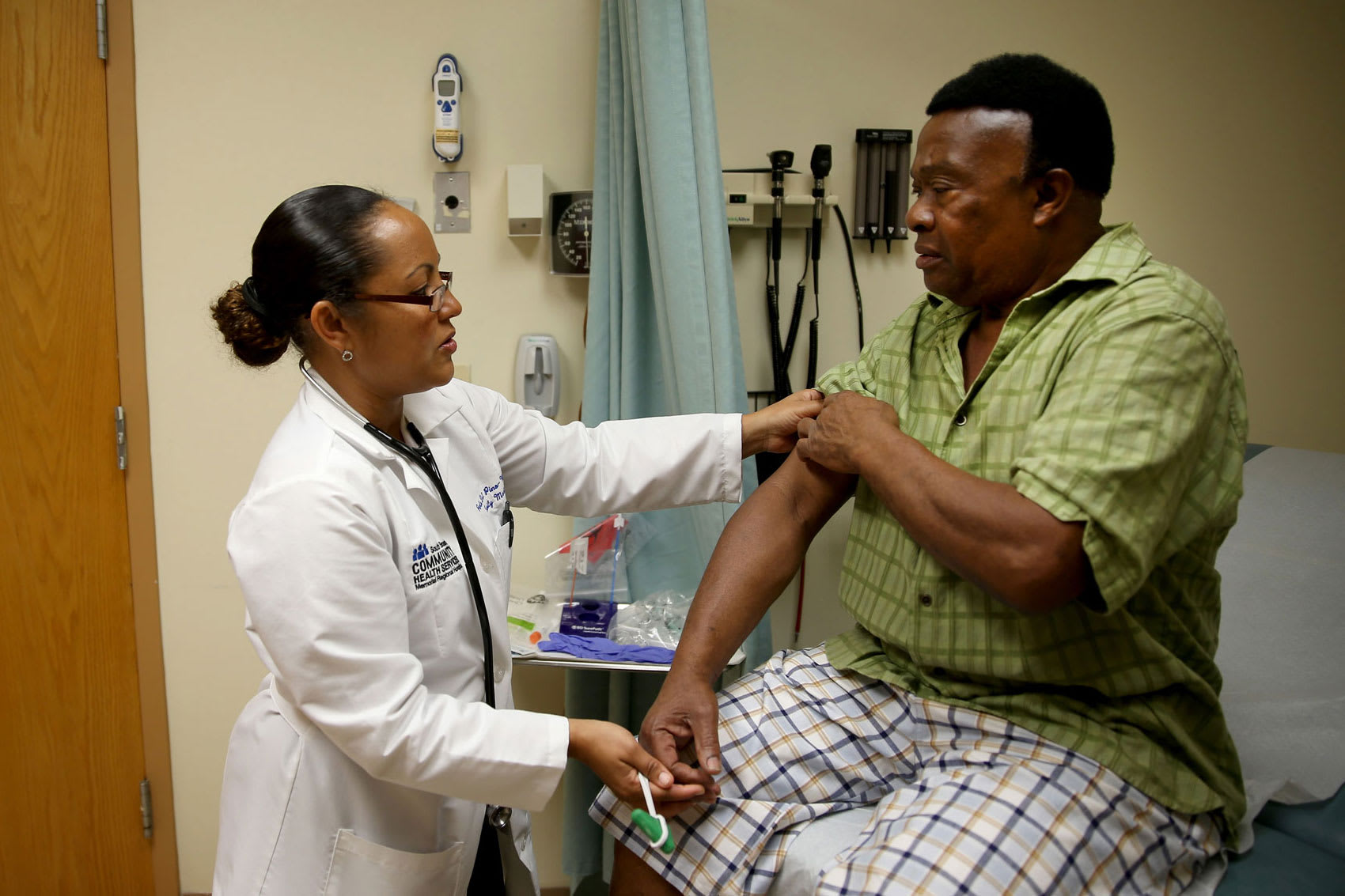 The S&P Health Care Sector index hit a new 52-week high on Thursday after a U.S. appeals court punted on deciding whether the Affordable Care Act is unconstitutional, pushing the decision out to another year or so.

In a 2-to-1 decision, the Fifth U.S. Circuit Court of Appeals said late Wednesday that it is ordering U.S. District Judge Reed O’Connor of the Northern District of Texas to reconsider whether the ACA, more commonly known as Obamacare, should remain intact. Health policy experts say the decision will likely delay the Supreme Court hearing the landmark case until after the 2020 elections, with a ruling as far out as 2021.

Shares of Centene, which serves consumers in the Medicaid, Medicare Advantage and Obamacare exchange markets, were up nearly 4% in intraday trading on Thursday. UnitedHealth Group shares rose more than 1%, Molina Healthcare jumped 3%, and Wellcare popped more than 2%.

The ruling means no “alterations to the current system,” Jared Holz, a health-care strategist at Jefferies, said in an interview. “The worst possible outcome is off the table for a while, and companies can manage their businesses more effectively over the near term.”

Holz said Obamacare remains an overhang on the sector, “although we can deal with the clouds as opposed to the appeals court having more issues with Obamacare as it’s currently designed.”

Texas and other Republican-led states brought the suit, which was defended by Democratic-led states and the House of Representatives. O’Connor of the Northern District of Texas ruled last December that the entire health law was unconstitutional because the individual mandate penalty was essentially eliminated.

The appeals court, in its ruling, did declare the individual mandate provision in Obamacare unconstitutional, arguing it can “no longer be read as a tax,” siding with the lower court judge.

Steven Halper, a senior health-care analyst at Cantor Fitzgerald, said in a note to clients Thursday that health-care stocks could have rallied even more if the appeals court “simply overturned the lower court decision.”

“Investors were expecting the court to simply uphold the ruling and for the case to go to the Supreme Court sooner rather than later,” he said. “That did not occur. Accordingly, we view the ruling as positive.”

The appeals court judges — Carolyn Dineen King, Jennifer Walker Elrod and Kurt D. Engelhardt — heard oral arguments over the constitutionality of the health law in July. The two conservative judges, Elrod and Engelhardt, at the time suggested they may side with the lower court, which struck down the law.

Holz of Jefferies said the fact that the conservative judges did not immediately rule the law unconstitutional is a positive sign for the law and the health-care industry.

Health-care analyst Scott Fidel had a different take, saying Thursday it “feels, at this point, like the constitutionality of the ACA will be litigated for the rest of our lifetime.”