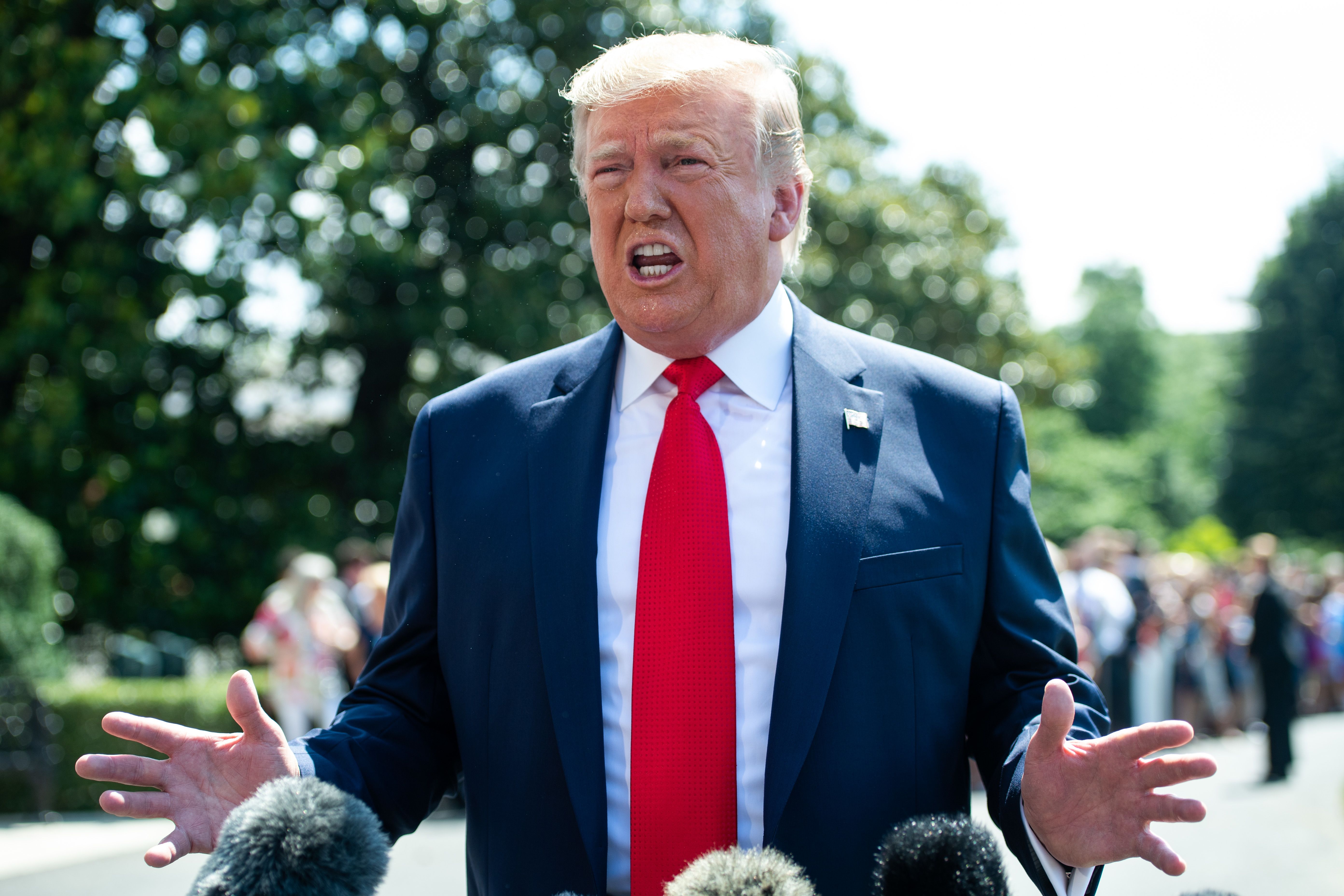 US President Donald Trump speaks to the media prior to departing from the South Lawn of the White House in Washington, DC, July 5, 2019.

President Donald Trump said Friday he’s preparing an executive order declaring a “favored nations clause” for drug prices, where the U.S. will pay no more than the country with the lowest prescription drug prices.

The SPDR S&P Pharmaceuticals ETF, which tracks the pharma industry’s biggest companies, was down 1.4% after Trump’s announcement.

The Trump administration and Democrats in Congress are both trying to bring more transparency to drug prices and, ultimately, lower costs for consumers.

The Trump administration is trying to shed more light on the health-care industry’s opaque pricing practices by requiring Big Pharma to include drug prices in TV ads starting this month. It proposed new rules in January that would cut out the middlemen and force drugmakers to pass drug rebates directly to consumers. The president also issued an executive order last month requiring hospitals and insurers to disclose negotiated rates for services, as well as provide patients with out-of-pocket costs before their procedures.

House Democrats have proposed letting the federal government negotiate prices with drugmakers directly, like other countries. The Medicare program cannot negotiate drug prices under current law. House Speaker Nancy Pelosi’s latest draft of legislation allowing Medicare to negotiate lower drug prices would also apply those discounts to private health plans across the U.S. However, opposition is strong among Republicans who say they want prices negotiated in a free market.

It’s unclear how the administration could set and enforce drug prices. A similar idea Trump announced last year has already faced skepticism. Under the proposal, Medicare would be allowed to create an “international pricing index” to bring drug prices in line with what other nations pay.

“Favored nations” is a term often seen in health law contracts that requires providers to give one party equal or better rates for services it gives other parties.

Pharmaceutical companies have argued price hikes have been modest, and have cited concern’s with the nation’s rebate system. Those are the discounts drugmakers give to middlemen such as pharmacy benefit managers, often in exchange for more favorable insurance coverage for their drugs.