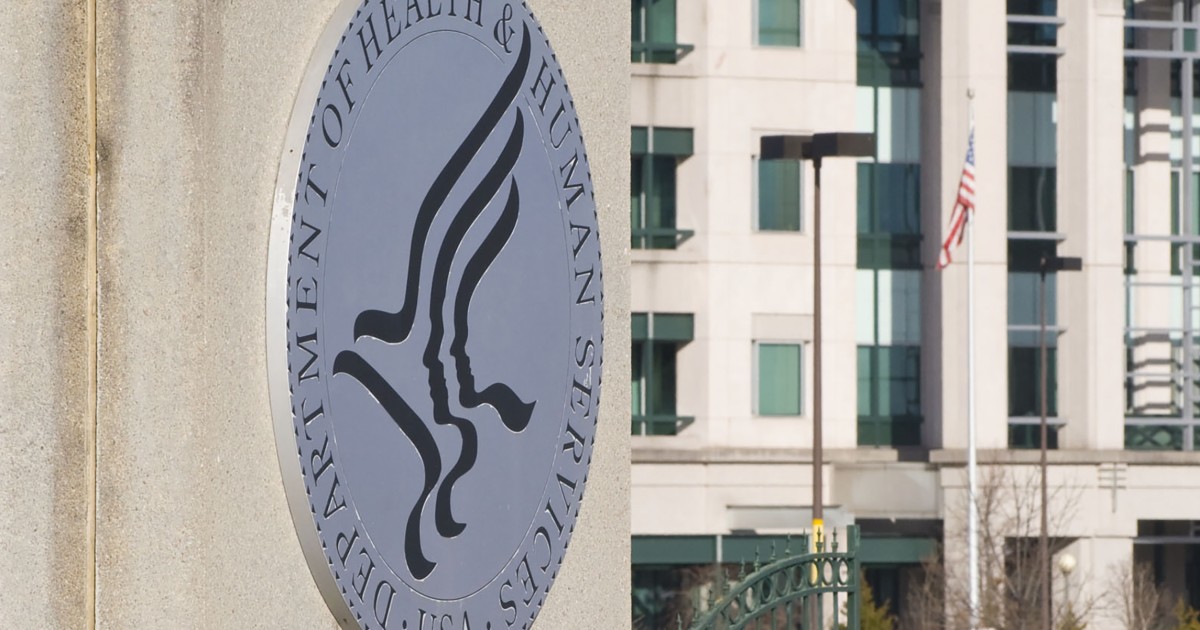 The work experience of the candidate President Trump is likely to tap for a health innovation slot threatens to trigger politically volatile discussions about end-of-life care among Republicans.

The candidate, Brad Smith, 36, co-founded and oversaw a Nashville-based startup called Aspire Health that offered services to patients who were likely to die. The company uses algorithms to identify patients with serious medical conditions, many of whom have only a year to live, and helps those who don’t want intensive medical care to get palliative care, which helps people relieve suffering at home until they die or recover.

For a large swath of the medical community, the type of work Aspire does has been a godsend: They find patients are too often pushed into aggressive care at the end of their lives that they don’t want and that worsens their quality of life. Such care is also extremely expensive to the healthcare system.

But the topic of how to treat the dying is politically controversial, and Smith’s selection would represent a sea change in Republican thinking on the matter. Smith is being considered to lead the Center for Medicare and Medicaid Innovation, or CMMI, an agency created by Obamacare that tests different ways of paying for medical care as a way to both lower spending and improve patients’ quality of life.

“One thing is for certain: I don’t know which side of the aisle it will crop up on, but there will be talk of ‘death panels,'” said Arthur Caplan, medical ethicist at NYU School of Medicine. “You can’t talk about algorithms without getting some legislators nervous that what you’re doing isn’t assisting patients in better choices, but mandating their death or nudging them to choose to end their lives and save money for the healthcare system.”

The slot does not require Senate confirmation, but Caplan said he could envision socially conservative groups, who are solidly pro-Trump, pushing back on the White House about the nomination.

“In the current climate of trying to drive down cost, it will be seen as potentially dangerous to have that person at the head of the innovation program for the elderly,” he said.

Caplan’s predictions are rooted in recent history. During the Obama administration, Sarah Palin dubbed a part of Obamacare a “death panel” because it would have allowed the government to reimburse doctors for counseling patients about end-of-life care. A fiery debate and cable news hysteria ensued as critics raised concerns that doctors could nudge patients away from the care they wanted and toward end-of-life decisions that are less expensive for the government.

The idea of cutting government spending on healthcare is a politically tricky one. Another part of Obamacare called for the government to set up a board of experts that would find ways to slow the growth in Medicare spending. The panel, which conservatives believed tried to take too much power away from Congress, also raised concerns among critics that Medicare would be cut through rationing.

But Congress repealed the provision last year and in 2016, when the rule about letting Medicare reimburse doctors for end-of-life counseling became official, there was little outcry. And if Trump appoints Smith, that may help to signal that Republicans have embraced the need for doctors to have open discussions about end-of-life care with patients and to help them spend their remaining months the way they want.

Palliative care advocates point out that the Trump administration already has been leaning in this direction by encouraging private plans that operate Medicare to pay for such care. The innovation center that Smith would lead has set up a program that would let private plans administering Medicare pay for hospice, a service offered when patients have no more than six months to live.

There are signs elsewhere of more acceptance. Recent legislation from Congress on palliative care have been bipartisan, and private health insurers are embracing the trend. Even Aspire was acquired by Anthem last year.

“We have seen example after example of moving beyond the politics and really focusing what people’s needs are when they are facing serious advanced illness and ultimately the end of life,” said Andrew MacPherson, senior policy adviser for the Coalition to Transform Advanced Care, or C-TAC.

Smith founded Aspire in 2013 with former GOP Senate Majority Leader Bill Frist, who was not available for comment. Smith explained in an interview with C-TAC last year how he became passionate about the issue: His brother works in palliative care and his grandmother faced “a cycle that included multiple hospitalizations, a nursing home stay, and lots of discomfort for my grandmother as well as my dad, my brother and I.”

Now, the company is the country’s largest community-based palliative care provider, operating in 24 states and caring for 22,000 patients. Aspire has a data team that works with health insurers and doctors to identify patients who are in the late stages of serious illness that could raise their need for palliative care. Sometimes patients reach out directly.

If patients decide they want palliative care, Aspire sends doctors, nurses, social workers, and even chaplains to people’s homes. The providers help patients get better sleep and manage pain and depression, allowing them to spend time with their families instead of taking numerous trips back and forth to hospitals and doctor’s offices. But sometimes patients decide to still get treatment for their illness while they’re on palliative care.

Dr. Sachin Jain, who has been president and CEO of the company since March, said Aspire doesn’t try to steer patients in a particular direction regarding the care they receive.

“We call it ‘supportive care’ for a reason,” said Jain, who is also CEO of Anthem subsidiary CareMore Health. “We are just trying to make sure patients are articulating their own wishes, and what’s actually happening is we are supporting their own wishes.”

Smith would also come to the Trump administration role with experience in the office of Republican elected officials. He worked on economic development under former Tennessee Gov. Bill Haslam and as an aide to former Sen. Bob Corker of Tennessee.

“It’s helpful for someone coming into that position to have an understanding of the way government works on the Hill and with the administration. It’s very helpful to have someone who understands that,” said Rick Gilfillan, who led CMMI under former President Barack Obama and stressed he was speaking generally about a potential nominee. “It also helps to have someone who has been working on innovation healthcare models in the private sector.”

But Corker is an outspoken Trump critic, so it’s not yet clear whether the president will ultimately tap him to the position. Smith would be filling the slot vacated by Adam Boehler, whom Trump nominated to be CEO of the United States International Development Finance Corporation.

“Choosing somebody like Brad Smith is just a really brilliant move,” said MacPherson from C-TAC. “He’s somebody who really understands the patient experience, the patient family experience at the end of life and when someone is facing serious illness, but also understands how health plans can innovate in this area. You can’t think of anyone better than Brad.”

Smith even drew praise from Andy Slavitt, the Obama administration’s acting head of the Centers for Medicare and Medicaid Services who often criticizes the Trump administration on healthcare.

“I know Brad and think he would do a good job,” Slavitt said in an email.