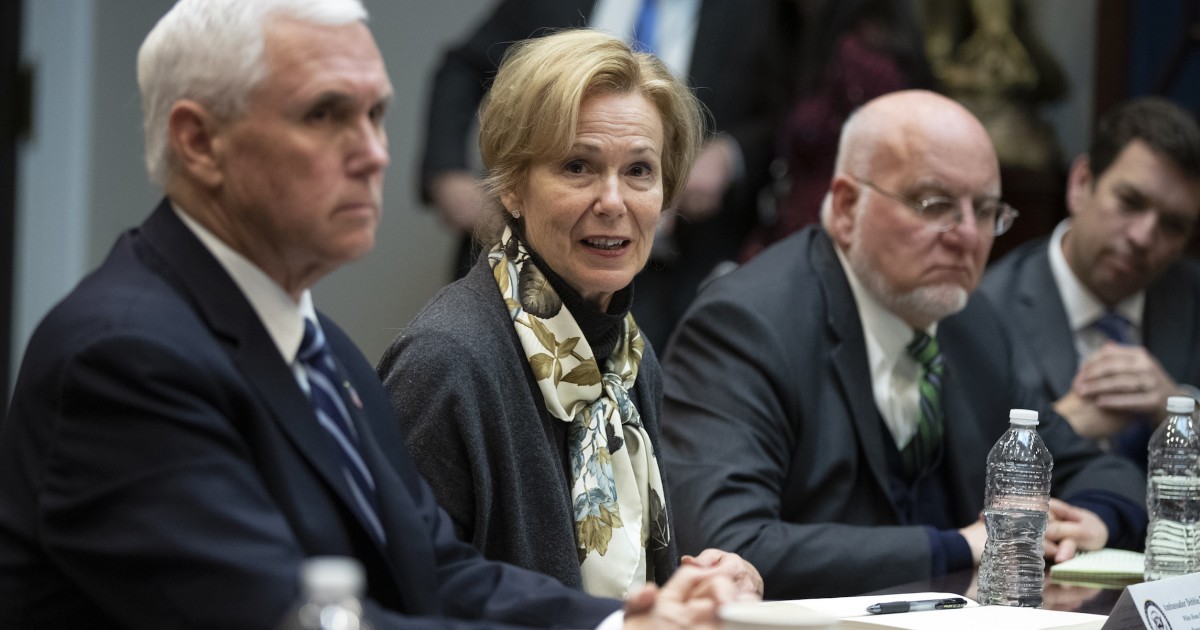 The Trump administration is wagering that it has the coronavirus testing it needs to carry out the first part of its plan for reopening the country, a stance at odds with the strain of thinking that a return to health will require ubiquitous testing.

Vice President Mike Pence and top government experts said Friday that states have enough tests for the coronavirus to enter the first phase of reopening their economies.

Pence said that the federal government will “work every single day to make sure that states and communities have the testing they need to reopen at the time and manner of their choosing.”

“We will have and there will be enough tests to allow us to take this country safely through phase one,” said Dr. Anthony Fauci, the top government infectious disease expert.

Physicians and public health officials have criticized the Trump administration for making too few diagnostic tests available, though. So far, only about 1% of the population has been tested for the coronavirus. In many cases, people with flu-like symptoms say they’re unable to get tested.

A number of outside experts have said that, without adequate testing, the country risks sending asymptomatic people back to work and spreading the virus further.

Paul Romer, for instance, the 2018 Nobel Laureate in economics and former chief economist for the World Bank, has proposed a $ 100 billion program for “ubiquitous” testing, including both diagnostic tests that give results quickly as well as antibody tests to determine if the person has already been infected and is now immune — up to 22 million people per day.

Democrats, too, have emphasized testing, demanding this week that a major increase in funding for testing be included in the next relief package.

The Trump administration evidently has heard such proposals and rejected them. Admiral Brett Giroir, an assistant secretary at the Department of Health and Human Services and the top adviser on testing, said that it would simply not be possible to test everyone in the country, “but it’s also a bad strategy.”

To execute the administration’s strategy, he said, the country would need about 4.5 million tests performed a month. Already, more than a million are tested a week, he said.

The administration officials suggested that testing has been overhyped as a component of monitoring and addressing outbreaks that might result from resuming normal activities. They said that monitoring reports of COVID-19 symptoms at emergency rooms and relying on Centers for Disease Control and Prevention “sentinels” were also important tools.

Asked Friday evening about whether he was saying that the states should lift the stay-at-home orders, Trump responded that he was not, but was instead saying that the orders are too tigh.

“I think some things are too tough,” Trump said.

Demonstrators gathered around Michigan’s Capitol Wednesday in Lansing, mostly from their cars, to protest Gov. Gretchen Whitmer’s stay-at-home order that, among other things, restricts travel within the state.

The protestors gathered outside of their cars as well, often not wearing masks. Whitmer said Thursday that their “irresponsible action” may compel her to extend the state’s stay-at-home order still further.

Trump, on the other hand, was not worried about the demonstrators spreading the virus among themselves or to others.

“These are people expressing their views, I see where they are and the way they’re working, they seem to be very responsible people to me,” Trump said. “But they’ve been treated a little bit rough.”

Texas Governor Greg Abbott issued three new executive orders Friday aimed at incrementally reopening the state, starting with the establishment of the Strike Force to Open Texas. Abbott also announced that he will permit certain activities that don’t risk exposure to the virus, such as the “retail-to-go” model that will allow consumers to place orders ahead of time and pick items up curbside. Schools will be closed for the remainder of the school year, though.

“Texans are battling a colossal challenge—an invisible enemy that has tested our lives and our livelihoods—but overcoming challenges is part of who we are as Texans,” Abbott said.

James Huffines, a commercial banker and chairman of the Southwestern Medical Foundation, will spearhead the advisory task force. Several medical experts and government officials will serve as consultants on the task force as well.

Abbott’s announcement comes just one day after Trump outlined the administration’s plans to gradually reopen the economy, which public health experts have warned must be incremental out of caution for a possible resurgence of the virus.

Texas has conducted the fewest number of coronavirus diagnostic tests in the U.S. with only 114,865 as of April 10, according to the state department of health. That accounts for about 0.4% of the state’s population.

China’s health authority revised the tally of deaths due to the coronavirus, revealing the death toll is actually 50% higher than originally reported. The new death toll, 4,632, now includes the number of people who died in their homes. Health officials in Wuhan, where the virus originated, said they double-checked records from medical facilities, crematoriums, and testing data dating back to late March.

Beijing has long been accused of downplaying or masking the severity of the outbreak, which seemed to trend dramatically downward around the same time that the virus ravaged Italy, Spain, and the United States, resulting in an economic meltdown.

The pandemic has forced China’s economy into contraction for the first time in decades, ending a half-century-long period of growth that resulted in the world’s second-largest economy. Chinese officials said Friday that the country’s economy shrank nearly 7% within the first three months of 2020, according to the New York Times.