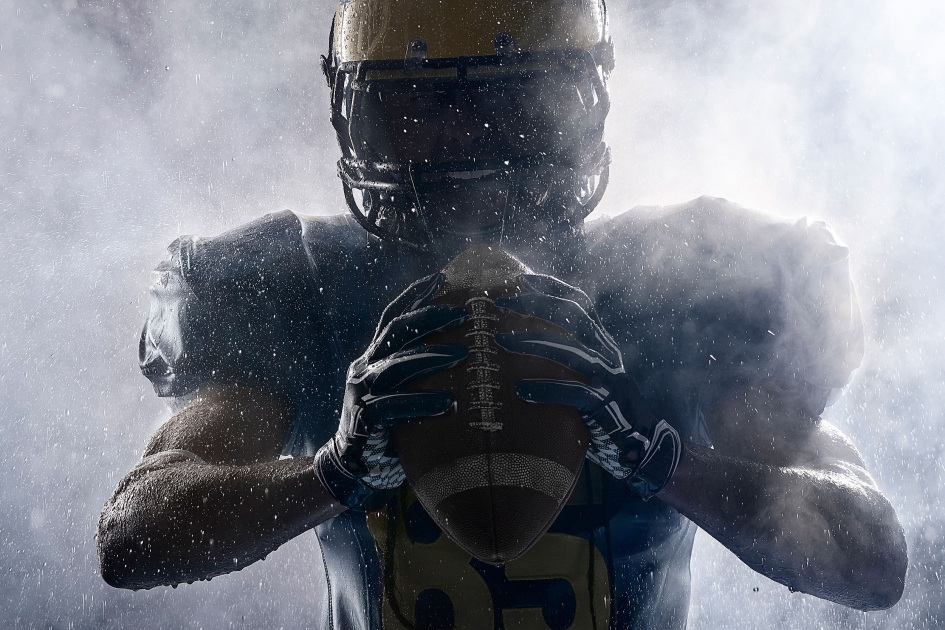 A career in professional football may yield an array of health benefits that extend beyond playing years: NFL players engage in vigorous training, tend to be more educated than other men in the U.S. and have higher median incomes than most fellow Americans — all factors associated with better overall health.

But new research from Harvard Medical School and the Harvard T.H. Chan School of Public Health suggests that even these advantages may not be enough to neutralize persistent gaps in health outcomes among Black, white, and players of other racial backgrounds.

The analysis, based on self-reports among former NFL players, found that Black players were significantly more likely than white players to experience diminished quality of life due to impaired physical function, pain, cognitive troubles, depression, and anxiety. In four of five health outcomes, the gaps were greatest between Black and white former players.

The findings, published Aug. 4 in Annals of Epidemiology, are based on a survey of 3,794 former NFL players, ages 24 to 89, conducted as part of the ongoing Football Players Health Study at Harvard University, a research initiative that encompasses a constellation of studies designed to evaluate various aspects of players’ health across the lifespan.

The researchers categorized former players into three groups based on self-identified race: Black (1,423), white (2,215), and Hawaiian and other races (109) — a group that included American Indian/Alaskan Native, Native Hawaiian/Pacific Islander and Asian, among others. The researchers then compared self-reported symptoms in five categories: physical functioning, pain, cognitive function, depression, and anxiety.

The study found that other players of color, including Native Hawaiians, had a higher risk for all categories of adverse health outcomes, except impaired physical functioning.

“These gaps echo well-documented health disparities in the general population and demand both short-term interventions and long-term solutions.”

“Our findings underscore the urgent need to develop public health interventions and policies that address underlying systemic factors that give rise to such disparities both among former athletes and in the general population,” Roberts added.

To examine the role of other factors that may affect health outcomes, the researchers  also looked at the number of seasons played in the NFL, position played, concussion symptoms, surgeries, body-mass index, use of performance-enhancing drugs, lifestyle habits including drinking and smoking, as well as pain medication use. The differences persisted even when the researchers accounted for the possible influence of these factors.

Next, the researchers examined whether differences in health varied by a player’s age, as a surrogate marker for diversity and equity in the era that they played in. Although younger players of color were in the NFL during a period marked by greater diversity and greater equity, their risk for adverse health outcomes remained the same as that of older players.

The researchers suggested that factors such as discrimination prior to, during, or following a player’s time in the NFL could account for the disparities. Systemic and structural racism has been linked with worse mental and physical health and higher mortality. Additionally, past research indicates that nonwhites are more likely to receive lower quality health care than whites.

“We tend to think that elite athletes may be shielded from health inequities, but our findings counter that notion and reveal important differences in quality of life among former athletes,” said study senior author Marc Weisskopf, professor of environmental epidemiology and physiology at the Harvard Chan School. “These gaps echo well-documented health disparities in the general population and demand both short-term interventions and long-term solutions.”

“As we begin to unpack the complexities around these health disparities between white and nonwhite players, we can begin to see the confluence of challenges that extend beyond the socioeconomic benefits of playing in the NFL,” said study co-author Herman Taylor, a co-investigator of the Football Players Health Study and director of the Cardiovascular Research Institute at the Morehouse School of Medicine. “Meaningful solutions to systemic inequities that fuel health disparities will not emerge overnight. In the meantime, we urge players to consult their physicians about the health concerns we’ve outlined in this study that might impact their quality of life.”

The research was funded by the National Football League Players Association (NFLPA).