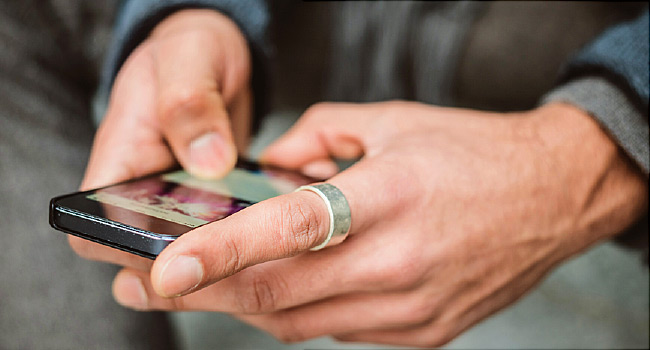 But maybe it should.

Poor posture can lead to health issues such as chronic pain in the back, neck and knees, circulation problems, heartburn and digestive problems, according to researchers from the Orlando Health system in Florida.

American adults spend an average more than 3.5 hours on their smartphones every day, meaning they may be looking down or slouching for long periods of time, they noted.

Their national survey, published Oct. 9, asked respondents their level of concern about eye strain, carpal tunnel and other potential health consequences of mobile device use. Only 47% said they were concerned about poor posture and how it affected their health.

“It’s not just when you’re scrolling on your phone, but any time you put your body in a less-than-optimal position, whether that’s reading a book, working at a desk or lounging on the couch,” said Nathaniel Melendez, an exercise physiologist at Orlando Health’s National Training Center in Clermont, Fla.

“People don’t realize the strain they’re putting on their body when it is not aligned correctly, or just how far corrective exercises and daily adjustments can go toward improving pain and postural issues,” he added in a health system news release.

“I see a lot of people compensating for poor posture with short steps, rounded shoulders, walking with their head and neck down,” Melendez said.

Even slight misalignment can put a lot of strain on the body. For every inch your head moves in front of your body, 10 pounds of pressure is added to your shoulders, he said.

“If, for example, your head is 4 inches in front of your body when you’re looking down at your phone, that’s like having a child sitting on your shoulders that whole time,” Melendez noted.

Most problems caused by poor posture are reversible with some simple changes.

“Just doing strength training will not help your posture or the pain it’s causing,” Melendez said. “I work with people specifically on strengthening their core and doing some corrective postural exercises. We also do a lot of functional training exercises, which mimic daily life.”

People who work at a desk or spend a lot of time sitting should raise their screens to eye height, sit with both feet on the floor, and take frequent breaks to get up and move around, Melendez advised.