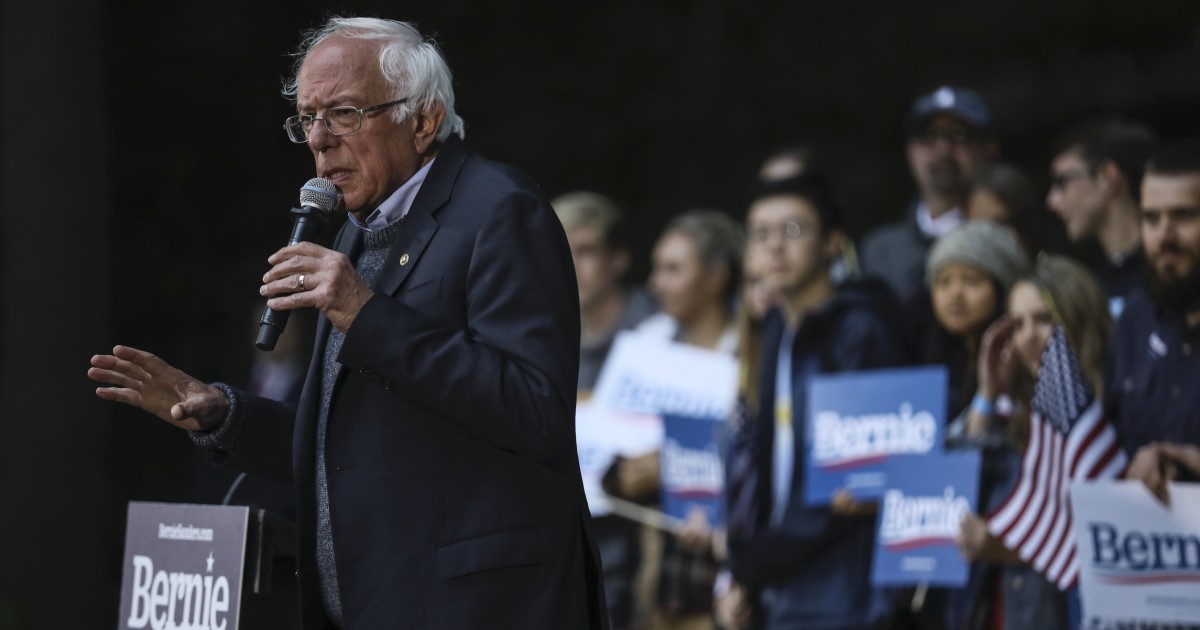 When Sen. Bernie Sanders had a heart attack in early October, it seemed like it was all but a formal end to his presidential ambitions. Not only did the event remind voters of his age (if elected, he’ll be 80 within his first year), it came during a time period when Sen. Elizabeth Warren was surging and soaking up far Left support.

Yet, in the time since then, Sanders has remarkably recovered. Not only has he gained in the polls, but he demolished all rivals by raising $ 34.5 million in the final quarter of 2019. At the same time, Warren has rapidly faded, and Sen. Kamala Harris, once a threat to win it all, dropped out.

Sanders’s resilience is a testament to how far a campaign can go when the candidate is perceived as an authentic representative of a given message as opposed to somebody trying to co-opt a given message.

When Sanders, a longtime cult figure among the radical Left, ran a surprisingly strong campaign in 2016, it was easy to dismiss his success as a one-off, aided by the fact that many other candidates were scared away from challenging Hillary Clinton. But it’s undeniable that his campaign did end up attracting a passionate following — and others with 2020 ambitions wanted a piece of it.

In 2017, when Sanders released his Medicare for All Act, it was co-sponsored by four senators who would end up running for president: Sens. Warren, Harris, Cory Booker, and Kirsten Gillibrand. At the time, it was unclear whether the aging Sanders would bother mounting another campaign, and everybody wanted to be in a position to appeal to his fans. There wasn’t much thought given as to whether they were prepared to defend a proposal that would be the costliest government program in history and kick 180 million people off private insurance.

When Sanders did in fact mount his candidacy, there was legitimate reason to wonder whether he’d be a victim of his own success. That is, whether the fact that so many of his rivals had endorsed key parts of his agenda would weaken his appeal and cause his voters to gravitate elsewhere. To be sure, that has happened to some degree. In a more crowded field, Sanders isn’t polling near the 43% of the popular vote he received in the 2016 nomination battle, which was effectively a two-person race well before Iowa. But he’s still in a stronger position than any of his rival senators.

One explanation is that he hasn’t allowed any doubts to surface about his commitment to his cause.

Harris was all over the place on healthcare. At first, she embraced the idea of scrapping private insurance but then spent months waffling about it before releasing a hybrid plan that tried to offer the illusion of choice while providing for a longer transition time.

Warren briefly flirted with being the national front-runner before getting sucked into a debate over how to finance socialized health insurance. While Sanders concedes that his plan would require middle-class taxes to go up, Warren insisted that she could pay for the $ 34 trillion cost without middle-class tax hikes. She then boxed herself into unveiling an unrealistic plan to pay for it that still came up short and then offered a tweaked version of socialized health insurance that provided for a slightly different transition process than Sanders.

The Warren healthcare financing debacle simultaneously worried more traditionally liberal voters while sowing doubts about her reliability among those on the far Left, despite her long record of fighting against Wall Street and talking about income inequality. On Oct. 8, Warren briefly overtook Joe Biden in the RealClearPolitics national polling average by a whisker — 26.6% to 26.4%. At the time, Sanders was at just 14.6%. Yet, at the start of this year, Sanders crept into second with 19.1% while Warren retreated to 15.1%. Biden has been relatively steady at 28.3%.

Despite his dedicated following, Sanders will still have a tough time winning the majority of delegates required to win the nomination outright. But he has enough money and support to go the distance and perhaps to help deny a majority to anybody else.