A new survey of more than 2,000 Irish adults has revealed that 42% of the population has increased interest in yoga and mindfulness as a way to keep fit and stay mentally positive in recent months. 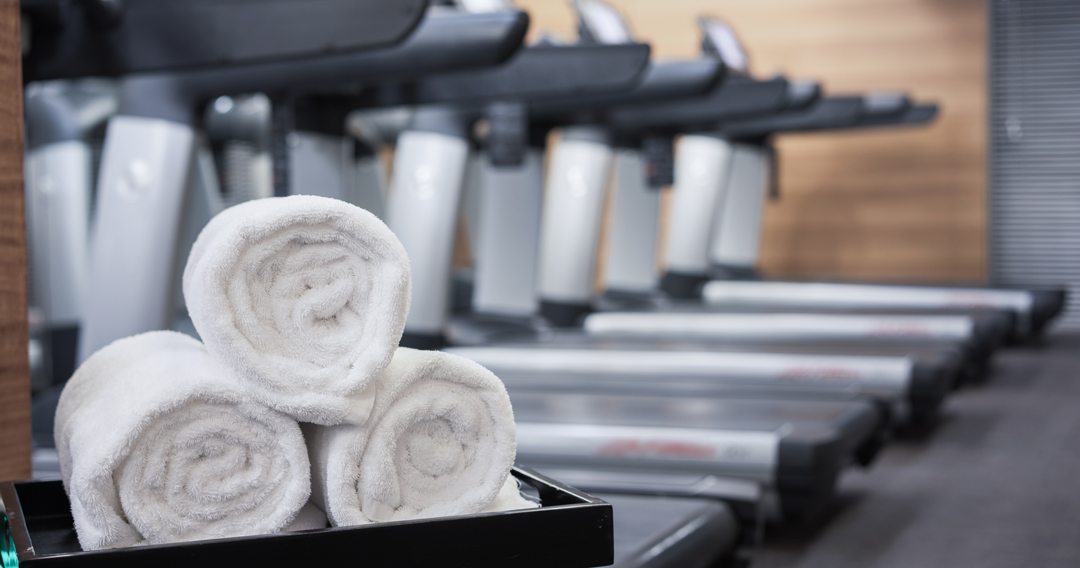 The survey, commissioned by Samsung, looked at how people were spending their time over the past few months and how their relationship with technology has become even more important in their day to day lives.

Since restrictions were introduced earlier this year, 55% of the nation dedicated more time to their wellbeing through forms of exercise.

Yoga appealed to men across the country which saw an increase of 318% taking up the leading wellbeing exercise, with a 33% increase for women.

Technology has also played a key role in getting the nation active with nearly a quarter of all surveyed now tracking step counts more than they were at the start of the year.

19% of the respondents tracked all their health data on their smartphone while 13% opted to use their smartwatch to track their fitness over the same period. 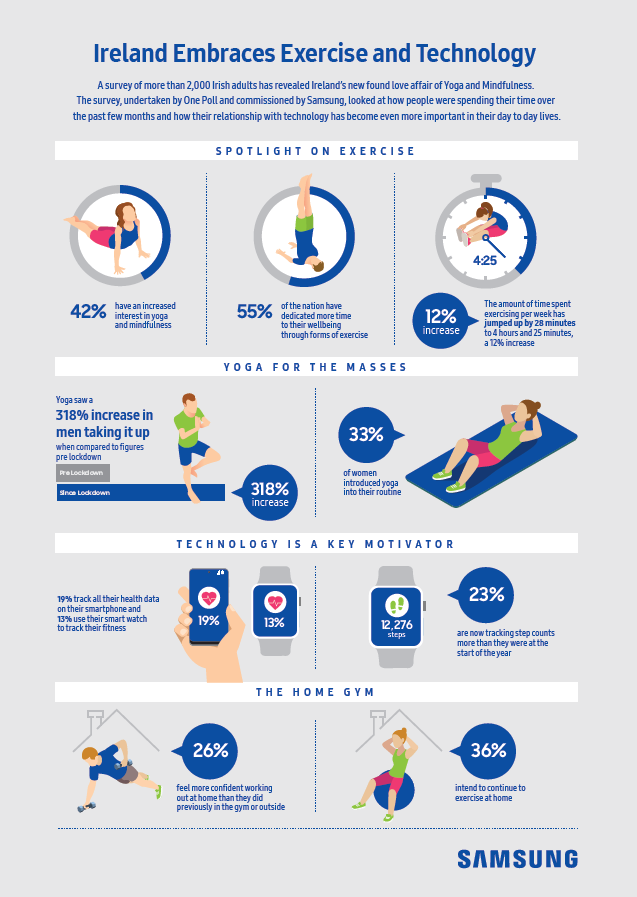 Online fitness classes have become extremely popular in recent times, with 17% of women tuning in via their smartphones, while 10% of men tried the new routines on their device.

The research also revealed that women have taken their fitness more seriously in recent months and have invested in new fitness equipment, with 14% purchasing products such as yoga mats and running shoes, in comparison with just 9% of men.

With more free time on everyone’s hands, the country has used this to their advantage with an increase in time exercised every week.

Before March this year, respondents on average were doing 3 hours and 57 minutes of exercise per week, which has increased by 12% to 4 hours and 25 minutes.

This increase has largely been driven by women, as they have increased their weekly time spent exercising by 19%, adding an impressive extra 41 minutes of exercise into their usual routines.

Two in 10 people are feeling more motivated to exercise now than they did before the restrictions were introduced with 36% intending to continue to exercise at home.

While the future of fitness remains to be seen, the statistics prove that there is an appetite for exercise, be it using at home workouts and or getting back to the gym.