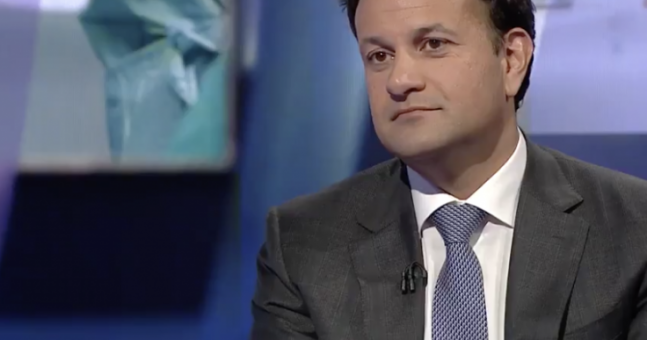 IRELAND is on track to finally ease the lockdown by May 4, Tanaiste Leo Varadkar has said — as the Russians vow to gift us their Sputnik vaccine.

Last night Taoiseach Micheal Martin and Tanaiste Leo Varadkar also moved to offer reassurance to the public after a number of setbacks with the AstraZeneca and Johnson & Johnson vaccines in Ireland.

Mr Martin said the news that Ireland was to get more than 500,000 additional doses of the Pfizer/BioNTech vaccine puts the rollout “on track in terms of key targets”.

He said that although deliveries of the Johnson&Johnson/Janssen vaccine to Europe were paused it “may come back into play following interaction with the European Medicines Agency”.

He told RTE News “progress is being made” with the vaccine rollout, schools had reopened, the 5km limit had been lifted and construction of housing was back, adding that the Government would still be looking at measures for other sectors of society towards the end of April.

Mr Varadkar said: “We’re still very much on track to meet our targets between 3.5 million and 4.5 million vaccines being administered in the second quarter of this year.”

Hospital
He said the number of people in hospital with COVID stands at less than 200 for the first time this year and the R-number was below one.

In a video posted on Twitter he also said “We’re on track as well to ease restrictions on the 4th of May so lots of things to be positive about”.

Acting CMO Dr Ronan Glynn said NPHET hopes to be in a position to open more areas next month.

He said: “Click and collect, non-essential retail further easing in terms of outdoor sports and training measures like that and then I suppose, outdoor business, I would hope by the end of this month, we’d be able set out a plan or at least an indicative high level approach that we can hopefully adhere to over the following six to eight weeks that will bring us through May, through June.”

Meanwhile, Russia has offered to help save Ireland’s stalling vaccine rollout when its Sputnik jab is approved.

The Russian Embassy in Dublin told The Star it would be happy to help with any request for a supply of the shots.

They exclusively told the Irish Daily Star they are willing to share their supplies with us, saying: “We are not in a race of the vaccines, we are working for the benefit of all”.

A spokesperson said: “As of now, we have not been approached by the Irish authorities on the issue of the Sputnik V vaccine.

“The European Medicines Agency is currently reviewing the request for registration from the Russian producer of the vaccine.

“As soon as the vaccine is approved by EMA and in case of interest of the Irish authorities in getting supply of the vaccine, it is quite certain that such request will be dealt seriously and positively.”

It comes as the use of the AstraZeneca vaccine here was restricted to over-60s after rare cases of blood clotting.

Setback
And the rollout of the Johnson & Johnson vaccine has also faced a setback — as it was delayed while the company examines reports of rare blood clots.

The US has suspended the vaccine after six cases of blood clotting were reported in 6.8 million doses given.
Ireland had been due to receive 600,000 doses of the single-shot jab by the end of June.

However, Ireland is now set to get nearly 545,000 extra Pfizer vaccines over the next three months after the EU negotiated 50 million more doses from the pharma giant.

European Commission President Ursula von der Leyen said the EU is turning to Pfizer to help make up for the shortfall of other vaccines.

She said: “We need to focus now on technologies that have proven their worth — mRNA vaccines are a clear case in point.

“And based on all this, we are now entering into negotiations with BioNTech/Pfizer for a third contract.”

This would see the delivery of 1.8 billion second-generation BioNTech/Pfizer vaccine doses over next year and 2023.

Meanwhile, Health Minister Stephen Donnelly has confirmed that the Government is examining whether to extend the break between the first and second shot of the Pfizer vaccine in a bid to get more people inoculated with one dose.

It’s understood the Government is taking heed of a new study that shows one dose of Pfizer can give 93 per cent immunity.