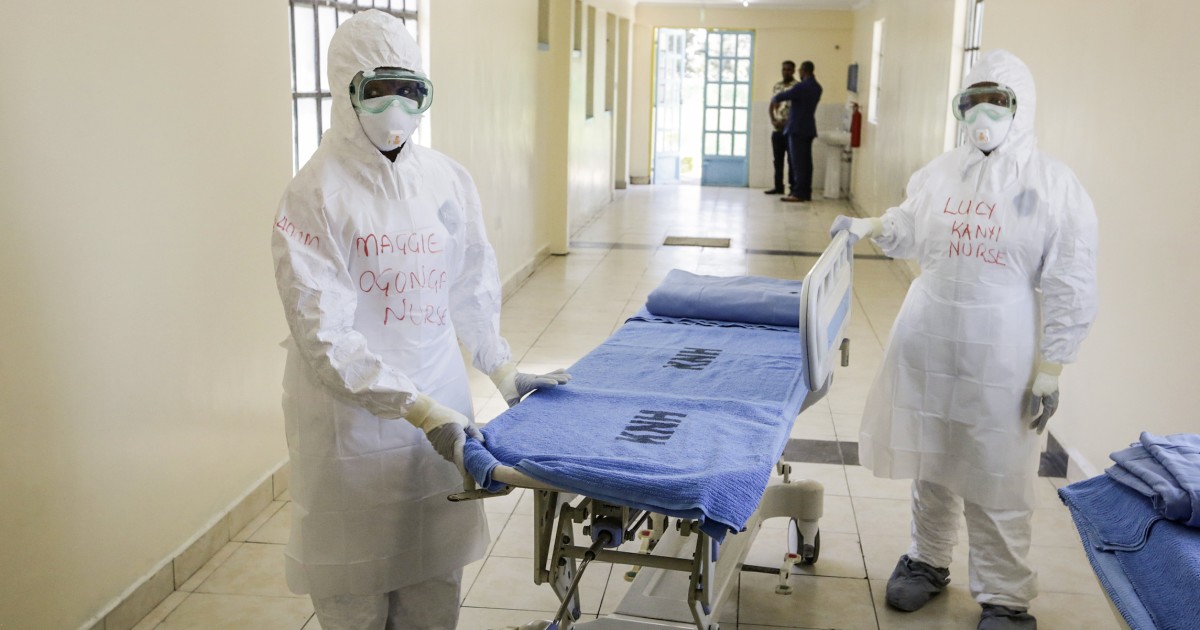 Certain parts of the country are beginning to see sharp increases in the number of COVID-19 hospitalizations. The trend is clustered around, but not limited to, the Midwest.

In the week ending on the last day of September, 21 states saw hospitalizations rise by at least 10%: Alaska, Colorado, Connecticut, Delaware, Indiana, Iowa, Kansas, Massachusetts, Michigan, Minnesota, Missouri, Montana, New Mexico, New York, Ohio, Pennsylvania, Rhode Island, South Dakota, Utah, Wisconsin, and Wyoming. Among the other states, four have had effectively no change in hospitalizations, 12 experienced a decline, and 13 experienced an increase under 10%.

A few states have large percentage increases, but the actual case numbers are still very small. Delaware, for instance, has only 72 people hospitalized for COVID-19. And other states such as New York, Connecticut, and Massachusetts are a long way from the huge hospitalization numbers of March and April.

Yet, some are seeing hospitalizations increase to the point that hospital capacity may soon be a serious concern. For example, Wisconsin has 1,475 intensive care unit beds, but only 217, about 15%, are available. From early May until mid-September, the number of COVID-19 patients in ICU beds fluctuated between 65 and 144. It now stands at 208, more than double the number of two weeks ago. About 87% of the 1,222 ICU beds in Minnesota are occupied. Hospitals in the state may soon have to make use of 1,000 surge beds that can be ready for COVID-19 patients in 24 to 72 hours. Minnesota and Wisconsin saw their hospitalizations increase 12% and 34%, respectively, over the last week.

Spikes in hospitalization rates can be the warning sign that hospitals will soon be under great stress. For example, in Alabama, hospitalizations rose 13% in a week in late June from 681 hospitalized with COVID-19 to 775. In the following month, that had surged to over 1,500.

Texas followed a similar pattern, rising 10% in the first week of June, from 1,756 to 1,935. By late July, the state reached its peak with just under 11,000 people hospitalized for COVID-19. That prompted Gov. Greg Abbott to issue a statewide mask requirement on July 2 and give mayors the authority to limit outdoor gatherings to 10 people. Despite these actions, hospitals in big cities such as Dallas, Houston, and San Antonio were often stretched to the limit.

“When you start seeing rises, you need to respond quickly,” said Susan Hassig, an epidemiology professor at Tulane University School of Public Health and Tropical Medicine. “The rise means that the infection has already spread at a level and into a segment of the population that is problematic.”

She noted that rising hospital rates often mean that vulnerable populations are being infected, especially the elderly.

Many states around the Midwest have positivity rates (the rate of positive coronavirus tests out of total tests) in the double digits, including Indiana, Iowa, Kansas, South Dakota, and Wisconsin. Montana’s rate is just over 8%.

Rich Rasmussen, the president of the Montana Hospital Association, says cases are rising in some of his state’s poorer areas.

“Some of our greatest growth is in Native American communities,” he said. “Each tribe is making a determination on whether to close down their reservation to contain the disease.”

He also says that the greatest problem for hospitals may not be bed capacity.

“I think the biggest challenge for hospitals, not just here in Montana but around the Mountain West, is staffing,” Rasmussen said. “It’s a challenge because we have a lot of remote communities where it is hard to recruit staff. And if some of your medical staff get sick with the virus … it is a challenge to recruit someone to fill those positions.”

The causes of the increase are varied.

“It’s an inconsistency of effort,” said Dr. Marissa Levine, a former state health commissioner in Virginia and a professor at the University of Southern Florida’s College of Public Health. “So, one area may tighten up, while another may loosen up their efforts.”

“Much of the Midwest has not been taking the necessary precautions,” said Dr. Manoj Jain, an infectious disease physician at the Rollins School of Public Health, referring to mask mandates and social distancing requirements. “I think Labor Day exacerbated the spread of the virus. We’ve seen again and again that two to three weeks later, an increase in the number of cases after a holiday.”

In Michigan, 77% of ICU beds are currently occupied. John Karasinski, the communications director at the Michigan Health and Hospital Association, noted another cause in his state.

“The biggest concern right now is the significant growth in cases in northern Michigan, which seem largely tied to university-related spread,” he said. “That region has fewer hospitals and beds available, and we urge the public in those areas to be extra vigilant in preventing COVID-19.”

South Dakota Secretary of Health Kim Malsam-Rysdon told the press on Monday that hospitals in her state had ample capacity. “We work very actively with hospitals in the state to understand what’s going on,” Malsam-Rysdon said. She said the state had over 1,000 hospital beds available. South Dakota has experienced a 10% rise in coronavirus hospitalizations in the last week.

“States need to look at the indicator and what interventions they have put in place,” Humble said about what states can do to stop the spread of the coronavirus.

Levine added that as many people as possible should get a flu shot this year.

“If not anything else, if you get sick, it will take away the confusion of whether or not you have the flu or COVID,” she said.