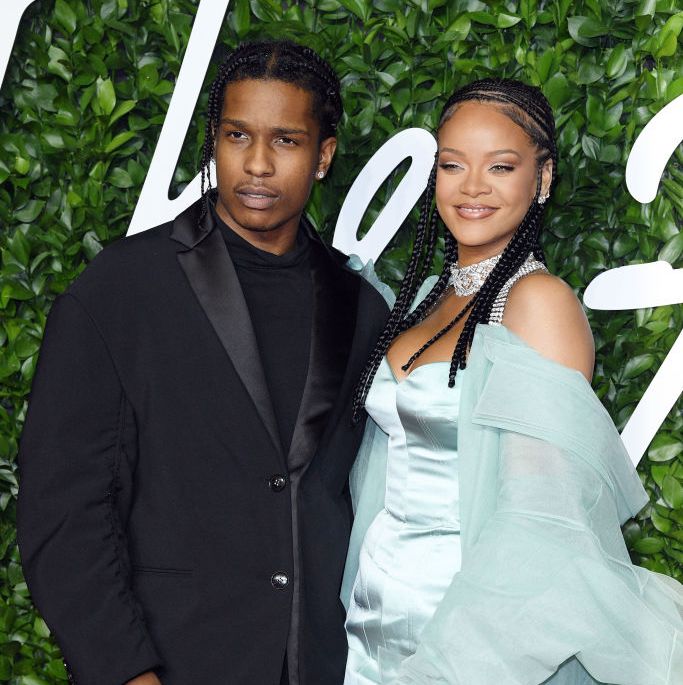 Let me start off by saying that it’s totally possible for men and women to be friends, and just because two people are hanging out it doesn’t mean that they’re dating or anything romantic or sexual is going on between them. However, that won’t stop me/the internet from pointing out that Rihanna has been spending time with the very handsome and talented A$ AP Rocky since reportedly splitting from Hassan Jameel, her boyfriend of three years.

Us Weekly reports that on Friday night, RiRi was smiling and laughing while hanging out with A$ AP Rocky backstage at the Yams Day Benefit concert in Brooklyn, New York. The outlet also points out that Rihanna and Rocky have a bit of a history, as back in 2013 they were seen kissing “off-screen” while they were filming a music video together.

However, the two also seem to be friends, and were seen hanging out during Paris Fashion Week in June 2019:

He attended her Diamond Ball in September 2019:

And they also walked the red carpet together at The Fashion Awards in London in December 2019:

So, like, it’s very possible that absolutely nothing is going on between them and they’re just friends! Plus, Rihanna is very private about her personal life, so it’s unlikely that she or A$ AP Rocky will comment on whether or not a fling is happening. We still don’t even know why Rihanna and Hassan reportedly broke up or when it happened—the Rihanna/Rocky sighting came just hours after news broke of the Rihanna/Hassan split, so it’s still very unclear when the couple called it quits.

Either way, if Rihanna is happy, then I’m happy for her—and selfishly hoping that whatever goes down in her love life inspires some new music! ?