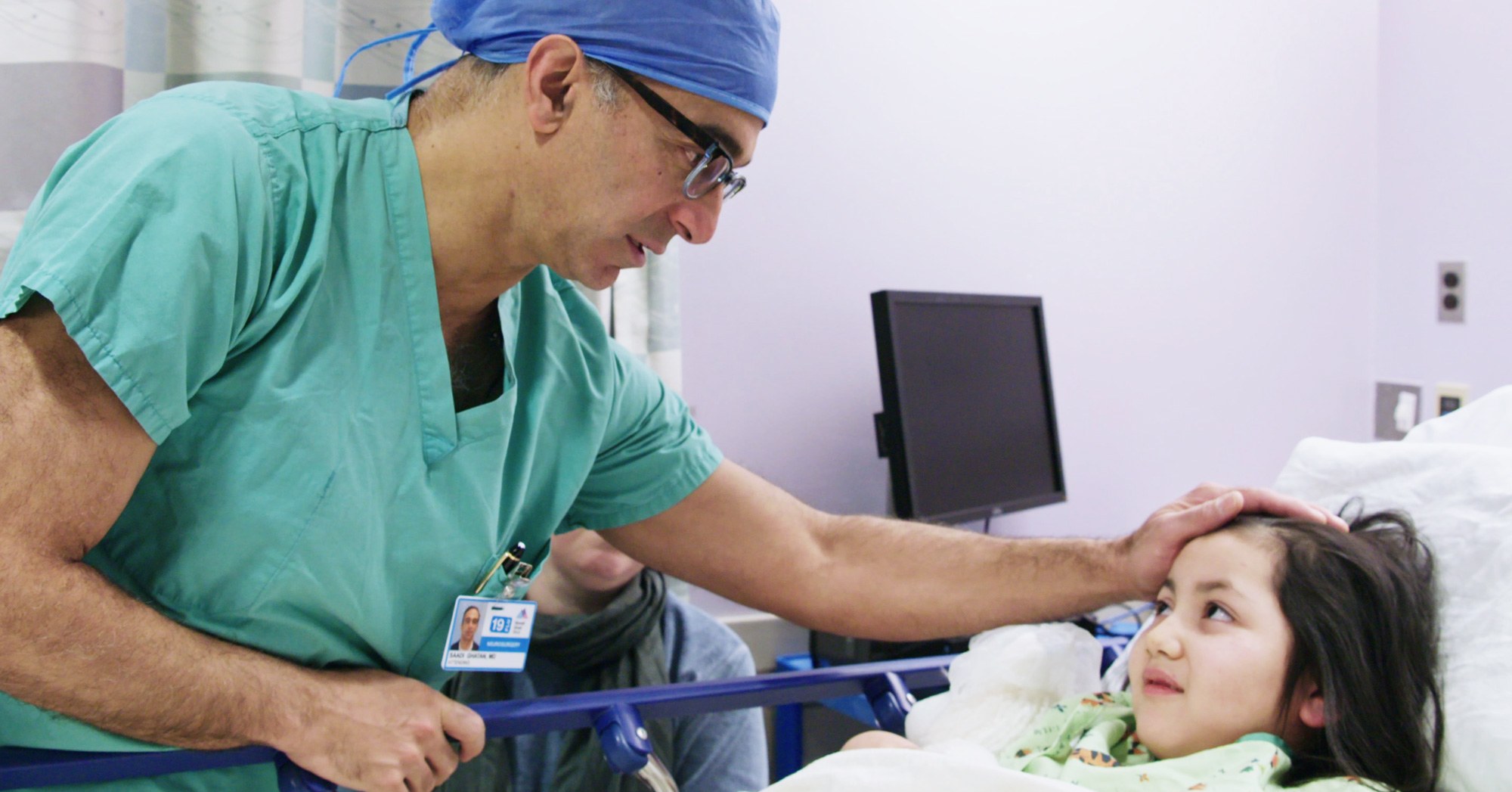 Before Angel exposed her health struggles to the internet, the 23-year-old woman had no idea what was happening to her body—only that it was in excruciating pain and producing urine the color of Coca-Cola. Her doctors couldn’t give her answers, and endless trips to specialists had left the Las Vegas nursing student on the brink of bankruptcy. So when Lisa Sanders, a physician and professor of medicine at Yale University, approached Angel about telling her story in The New York Times, in hopes that some online sleuth could solve the medical mystery her doctors couldn’t, Angel agreed. More than 1,600 responses poured in from doctors, vets, students, and others. One of them would lead Angel to her diagnosis.

Diagnosis, Sanders’ new documentary series, is the product of a Netflix-New York Times partnership. Three years ago, Sanders began writing a regular column about a sick person’s undiagnosed case, soliciting theories from her readers. As the cases were solved, Netflix began adapting them into a docuseries that incorporated video testimony from readers.

The resulting seven-episode show, which begins with Angel’s case, falls somewhere between Dateline-ish daytime television and a nerdy online social experiment. Families sob and squabble and speechify to camera, but there are also educational infographics and maps showing responses sailing in from all over the world. A sick little girl sings about how she misses riding scooters while strumming an out-of-tune guitar, and a professor of physiology describes the KCNMA1 potassium ion channel at length. As you might expect, Diagnosis toggles between the research and reality television modes with ease. The internet has helped turn the quest for medical answers into a citizen-driven daily ritual—and Sanders doesn’t think that’s a bad thing.

Yes, of course, getting medical advice from the internet is risky. But, as Sanders says, “being sick is risky too.” Looking up your (benign) symptoms and getting a cancer diagnosis from WebMD is so commonplace it’s a long-running meme. Intermixed with all the quackery, though, are years and years of lived experience. A review of crowdsourcing applications for health published in May 2018 found that researchers have written 285 papers on the subject since the term “crowdsourcing” was coined in a WIRED article in 2006, and many of the projects pertain to diagnostics. (One example: BioGames, an app that gamifies diagnosing malaria parasites.)

Sanders—who once consulted for the show House—is the first to admit that, as crowdsourcing mechanisms go, the one they showcase in Diagnosis is “a little bit fake.” “I doubt that doctors will adopt this strategy,” she says. “Without the huge machinery of The New York Times and Netflix, I’m not sure how workable it really is.” Crowdsourcing relies on the ability to draw an actual crowd, and few individual physicians can boast anything close to a Netflix audience. (Dr. Oz doesn’t count.) Still, Sanders was convinced that the Times audience has value as a testbed.

Before the current column, Sanders wrote one called “Think Like a Doctor,” which challenged readers to diagnose a real (anonymized) medical cases that had already been solved. Readers always came back with the right answer. She got close to stumping them only once, she says, with a case of hemicrania continua, an obscure form of chronic headache. She itched to turn her readers loose on an unsolved case, but until Netflix came around suggesting Diagnosis’ as a twin column and docuseries system, no one was sure how to do it. Hiccups are still evident in the final product: More than a few internet sleuths in Diagnosis come across as conspiracy-minded, and the crowd is predictably less than kind to a pretty teenage girl struggling with constant vomiting.

When the show is at its best, it’s both a triumph of online empathy and a reality check about the state of modern medicine. Watching people work hard to help total strangers and form bonds across oceans that lead to emotional and physical healing is a better view of humanity than most on offer these days. It’s certainly a kinder look at the internet, which appears as a highly productive tool. (Is it a spoiler to tell you that in a show called Diagnosis, the patients pretty much always get diagnosed?)

It’s not a wholly rah-rah work, though. Patients suffer, and being undiagnosed is isolating and scary; doctors fret and stress over answers they can’t find without outside help. Throughout, Diagnosis also quietly exposes the cruelties of the American health care system. The patients are cash-strapped and sometimes left hungry. A call from Sanders seems to shake loose a bureaucratic bungle on the part of the National Institutes of Health, one that left a patient—a 6-year-old child mysteriously collapsing hundreds of times per day—without a diagnosis for two years.

Although Diagnosis begins with a disclaimer that what follows should not be taken as medical advice, every episode contains clear lessons patients could apply to their own lives. The people on the internet look kind and cruel by turns, their theories wildly off base or right on the mark. “Patients tell me their doctors tell them not to Google things, but I don’t know a single one who’d actually say that,” Sanders says. “The internet is a powerful ally.” She speaks from experience. Remember that case of hemicrania continue that almost eluded Times readers? It almost eluded Sanders too—until she took to Google.