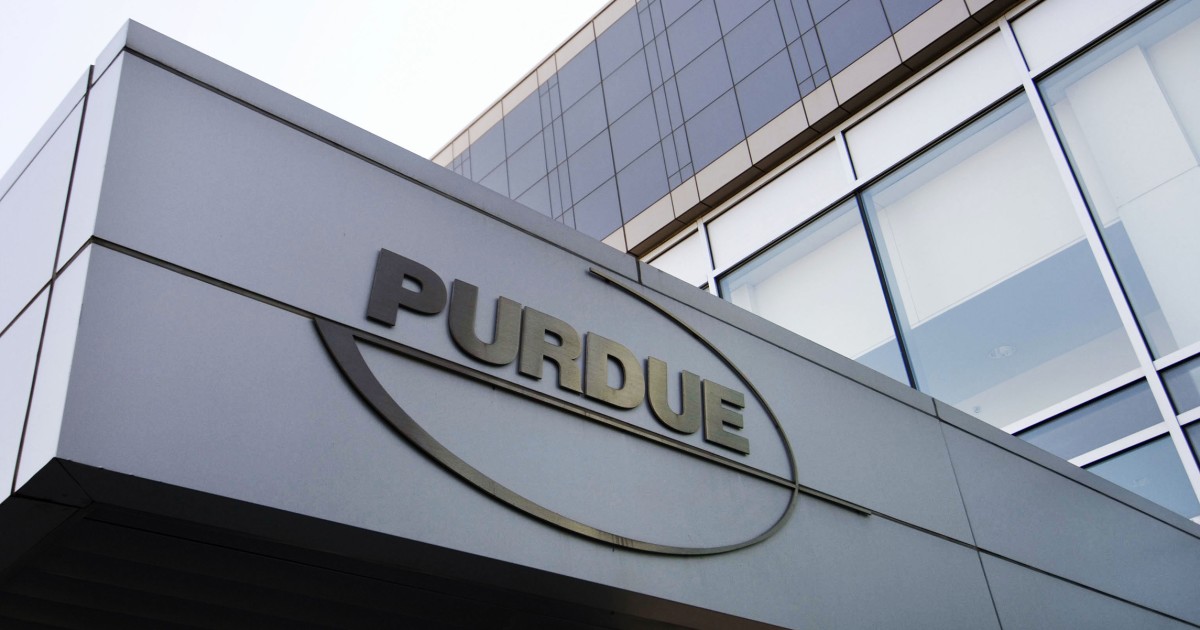 Purdue Pharma could become a public trust funded by OxyContin sales as part of a massive settlement over its role in the opioid epidemic, but some prosecutors and health advocates are skeptical of the idea of relying on profits from the drug that contributed to the crisis.

Purdue, commonly blamed as a major contributor to the opioid epidemic, reportedly could be reorganized through bankruptcy to become a public beneficiary trust, which would give all OxyContin profits to cities, counties, and states and distribute opioid abuse treatments for free.

However, the trust would be dependent on keeping OxyContin profits up, a prospect causing queasiness among some public health advocates.

Scott Britton, assistant director of the Public Children Services Association of Ohio, said the counties hardest hit by an overflow of Purdue’s drugs should be awarded the settlement money through something akin to a public trust, but he has misgivings about replenishing the fund with OxyContin profits.

“It’s concerning that the drug we know can get someone addicted to at the prescription stage and go on to procure illegal heroin will still be [on the market] … that’s a really dangerous combination,” Britton told the Washington Examiner. “We have a lot of work to do and I don’t know if more medication is the answer.”

Several state attorneys general, according to the Wall Street Journal, are uneasy about the prospect of using money from marketing OxyContin, the drug that many blame for worsening the opioid crisis. State officials have not said publicly how they plan to regulate OxyContin sales to ensure safe distribution and drug use.

The plan to transform Purdue is subject to changes in the settlement talks. The confidential negotiations were leaked and published last week.

Last week, Purdue executives proposed a global settlement of all cases for $ 10 billion to $ 12 billion in a meeting with state attorneys general. District Judge Dan Polster of Ohio, who is overseeing about 2,000 lawsuits filed against Purdue in federal court, held a meeting in Cleveland that included attorneys general from several states but not all of those in litigation.

If the states agree to the global settlement, the Sacklers themselves would contribute another $ 3 billion and cut all ties with the company. Purdue Pharma would file for Chapter 11 bankruptcy and reorganize the company into a for-profit trust, which would be overseen by a bankruptcy judge who will appoint three trustees to install a board of directors in charge of managing the funds.

The trust would exist for at least 10 years under the board’s leadership without interference from the Sackler family. As money filters out to individual states, the trust would be refilled with money made from selling more OxyContin.

Opioid abuse treatments, including naloxone and buprenorphine, would go to states free of charge, but states would have to devise ways to sell the profitable opioid in a manner that does not reverse progress in abating the crisis.

A timeline to resolve the disputes with Purdue has not been made public, and states have been tight-lipped about the talks thus far. For example, Bethany McCorkle, spokeswoman for Ohio Attorney General David Yost told Stat that Yost merely is “actively engaged in conversations with Purdue.” Neither Yost nor other attorneys general have said anything publicly about the proposed settlement.

Purdue has also refrained from talking extensively about its plans, saying only that “the company has made clear that it sees little good coming from years of wasteful litigation and appeals … Purdue believes a constructive global resolution is the best path forward, and the company is actively working with the state attorneys general and other plaintiffs to achieve this outcome.”

Purdue Pharma introduced OxyContin in 1996, and while the drug makes up only a fraction of the opioid market, both the drug and the company have gained national criticism for aggressive marketing to doctors and failure to underscore the high risk of addiction. Prescription opioids are so addictive, in fact, that about 29% of patients with a prescription abuse the drug. Abusing prescription opioids is a starting point of addiction for many. About 80% of heroin users started with a prescription for opioids.