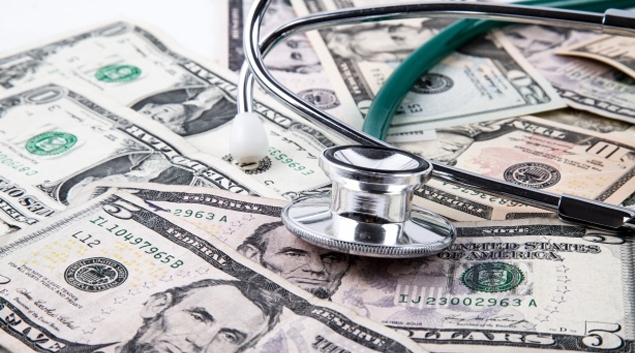 Public and nonprofit hospitals alike are showing that their profitability margins are holding fairly steady, signaling an era of relative stability, found the latest report from Moody’s Investors Service.

In fact, the rate of revenue growth in 2018 eked ahead of expenses for the first time since 2015, driven primarily by mergers and acquisitions activity, steady patient volumes and improvements to the revenue cycle.

The expense growth rate was slower in 2018 due to cost-cutting initiatives and lower increases in drug prices, but a weak equity market contributed to a slowdown in absolute cash growth, while days cash on hand declined.

Continued growth in governmental reimbursement dampened revenue growth given low rate increases. With an aging population, Medicare now represents a median 47.2 percent of gross revenues, up from 45.8 percent in fiscal year 2017, while Medicaid held steady at 14.5 percent and median commercial gross revenues declined for the third consecutive year to 31.1 percent.

Though the median growth rate in operating cash flow margin remained negative at -2.0 percent, it marks a material slowdown following negative growth of 10.5 percent in 2017 and 8.8 percent in 2016, suggesting margins are stabilizing. Median operating income and operating cash flow improved to $ 13.7 million and $ 74.4 million, respectively, compared to $ 11.9 million and $ 63.9 million in 2017.

But margins remained suppressed compared to much higher levels seen as recently as 2015, due to flat growth in volumes, ongoing nursing shortages, wage increases associated with lower unemployment and the high cost of specialty drugs.

The median growth rate of unrestricted cash and investments declined to 6.2 percent compared with 8.2 percent in 2017. Lower cash growth and, for some, rapid enterprise growth strategies contributed to the decline in days cash on hand.

WHAT ELSE YOU SHOULD KNOW

Median growth in inpatient admissions held flat at 1.2 percent, while total admissions — inpatient
admissions and observation stays — declined to 0.7 percent from 1.8 percent in 2017, suggesting the aggressive shift to observation stays is abating.
While emergency room visits increased, the growth rate tipped to the negative for the first time in five years at -0.2 percent, as urgent care centers continued to open across the US, providing competition to hospital emergency rooms.

The median growth rate for outpatient surgeries of 1.7 percent and outpatient visits of 2.4 percent were only slight improvements from the prior year of 1.4 percent and 2.3 percent, respectively, curbed by the rise in non-hospital-owned ambulatory competitors.

A Kaufman Hall profitability analysis released earlier this year found that while 2018 got off to a bad start, hospital volumes and profitability rebounded here and there — though not nearly enough to make it a banner year.

The summer months tended to be stronger on the profitability front, but Kaufman Hall’s December Flash Report found an overall trend of declining profitability.