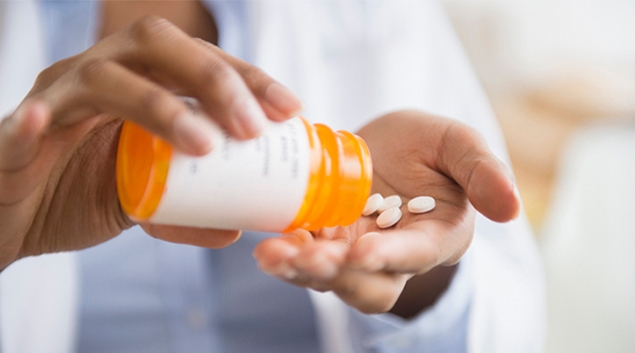 The Prescription Drug Pricing Act, penned by Senator Charles Grassley, R-Iowa, and co-sponsored by Senator Ron Wyden, D-Oregon, is in a weird state of limbo, sitting on the Senate’s legislative calendar for months. But if and when it ever passes, it could stand to save billions.

Based on estimates from the Congressional Budget Office, the bill could save more than $ 94 billion over the next 10 years, due in part to strict price reporting controls on pharmaceutical companies and the continuance of drug manufacturer rebates.

At question is what will ultimately happen to the bill. While it passed through the Senate Finance Committee, no vote has yet been taken, and at this point it’s unclear if and when it will.

The bill’s main provision would limit drug price increases in Medicare Part D. Pharmaceutical prices would be capped at the rate of inflation and overages would be paid back to Medicare as an inflation rebate. The bill would also place a $ 3,100 cap on what Medicare beneficiaries pay out-of-pocket, starting in 2022.

Manufacturer rebates on products for which the prices increase more quickly than the rate of inflation would represent the biggest chunk of savings from the bill — to the tune of billions.

Between 2021 and 2030, for example, Medicare Part D rebates would save $ 69.7 billion; the savings from Part B would represent an additional $ 12.3 billion. Tinkering with the maximum rebate under Medicaid would add $ 14.2 billion to that figure.

Another measure stipulating that manufactures of certain single-dose container or package drugs refund Medicare Part B for discards would save an additional $ 9 billion, while $ 3.4 billion more would be saved by redesigning Part D.

On the other hand, allowing new concessions and fees in the negotiated prices of Medicare Part D drugs would cost an additional $ 21.7 billion over the same time frame, the analysis showed.

On top of those general cost savings, the Prescription Drug Pricing Act would also save money for beneficiaries. Despite enrollees’ share of Part D premiums would increase to about 4%, premiums would drop about $ 1 billion over the next decade.

The bill has faced opposition from some Senate Republicans who see it as price control, and Senate Majority Leader Mitch McConnell said he likely wouldn’t bring the bill to the floor without significant changes.

America’s Health Insurance Plans said it was against any modification that would require drug rebates at the point-of-sale, rather than being passed on to insurers to reduce premiums for all beneficiaries. The Pharmaceutical Research and Manufacturers of America also opposes it, saying it replaces the successful, market-based structure of Medicare Part D with Medicaid-style price controls.

House Speaker Nancy Pelosi has floated a competing proposal that would require direct price negotiation from the federal government and the pharmaceutical industry. The CBO estimated that plan would slash Medicare drug spending by $ 369 billion over the coming decade.

“Our bipartisan legislation saves billions in out-of-pocket expenses, premiums and taxpayer dollars,” Grassley said in a joint statement last week. “We’re continuing to build support for the bill and this information will be key in educating our colleagues about the many benefits of our approach. Americans are tired of talk and are ready for action. I urge both Democratic and Republican senators to look past politics and support the only path forward to lower prescription drug prices.”

“This score shows why taking action on major drug pricing reforms is so urgent,” said Wyden. “Taxpayers and seniors need to see substantially lower costs and a reduction in drug price increases, not changes on the margins.”