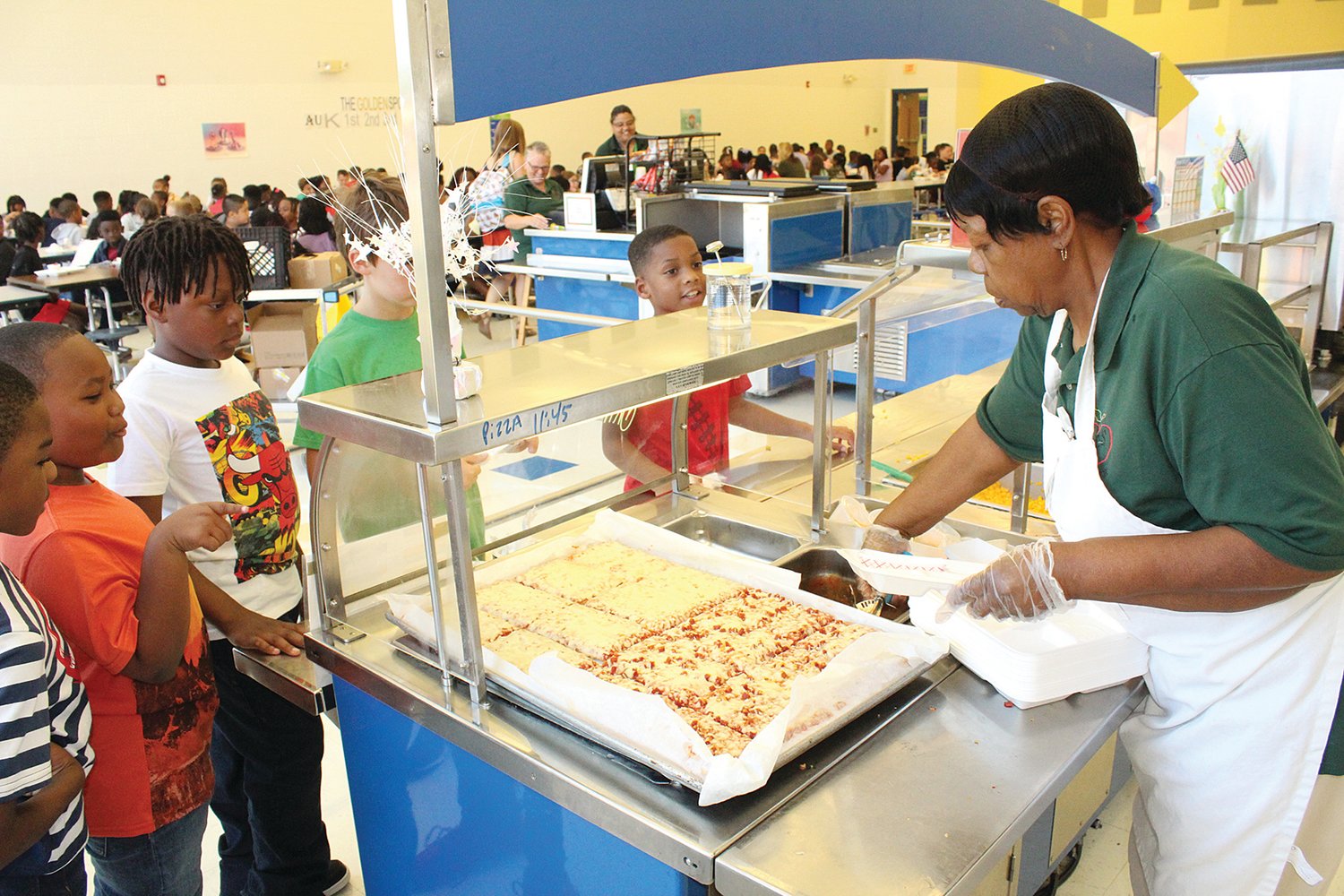 Mary Catherine Talton’s motto is, “Good nutrition is the key to academic success.”

She wasted no time ridding the breakfast menu of sugary treats.

“Currently, the breakfast menu has already been changed slightly to implement more meat or protein options,” Talton said. “We have also eliminated all powdered doughnuts and Pop-Tarts from our breakfast menus.”

Talton made the change on the first day of school.

“Very simply, we cannot tell a student that school nutrition is serving them and then hand them diabetes,” Talton said. “It’s true. We are a nutrition department, and in one hand we are preaching good nutrition, and on the other we are handing a student sugar for breakfast.”

Talton has added a new product called EggStravaganza, which includes eggs scrambled with bacon and cheese.

“It will be served with a grain because grains are required at breakfast for every student,” Talton said. “It’s going to be delicious. It is very, very good, one of the best breakfast products I have ever had.”

The remaining Pop-Tarts will be sold at lunchtime until they’re all gone.

“I believe we are teaching children how to eat as much as we are serving them the food to eat,” Talton said. “We are part of an education system. We cannot allow a student to leave our system, whether to go to another one or to graduate, and to think that a convenience store Pop-Tart is an acceptable breakfast because, ‘That’s what they feed me at school.’ That can’t be our message.”

Talton said more fresh fruit like apples, bananas, oranges and grapes will be offered at both breakfast and lunch.

“My goal is to start swinging away from canned and more toward fresh (fruit) across the board at all meals,” Talton said.

Talton will also be implementing the North Carolina Farm to School Program within the district. This will be the first time Wilson County has participated.

Talton is changing some entrees to add some new items and spacing out the burgers and pizza. The lunch menu changes will begin in four weeks, which allows the district to purchase ingredients for the new menu items.

“We are not having pizza and cheeseburgers all the time, not that there is anything wrong with those,” Talton said. “So every Monday will be pizza day instead of serving it all the time. There will be a consistent pizza day. A consistent chicken sandwich day, and then other things will be able to come into the menu. That kind of frees space for other entrees, one of which is a Tex-Mex mac and cheese. One of them is a cheesy baked potato, which will include broccoli and cheese.”

Talton said she has no plans for salad bars, which she said are “super costly.”

“In lieu of that, I am hoping to bring in more of the Farm to School initiative,” Talton said. “We will still be bringing in the fresh produce. It just won’t be in the form of a salad bar.”

Talton wants to educate the kids about what they’re eating.

“We need to be able to link it to a football player that may not care about the nutritional value of something, but they care about how they play on the field,” Talton said. “We need to connect a student that’s struggling in math with how this good nutrition can help them better focus in math class and get better grades in math. We need to be able to be the building block or that. We can’t do that by just throwing produce on the line. That can’t be the end game.”