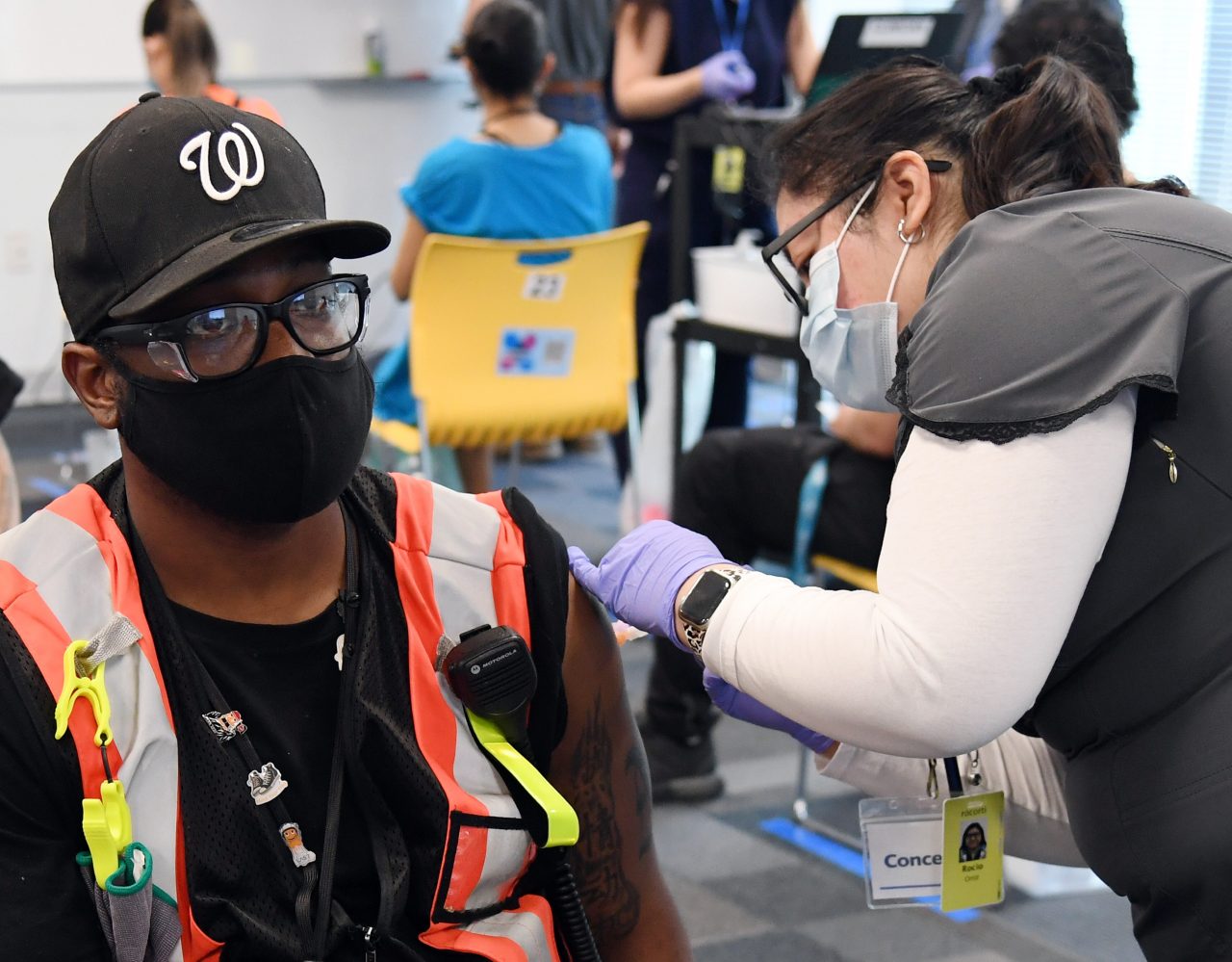 Drug makers continue to test the effectiveness of the COVID-19 vaccine.

On Thursday, Pfizer and BioNTech revealed its vaccine protects against a variant that drug makers were concerned about, per NBC News. It added that an individual is protected for up to six months after their second dose.

“This virus is not invincible, and despite all these variants, the vaccines are working great,” said Jeremy Kamil, associate professor of microbiology and immunology at Louisiana State University Health Shreveport, per NBC News, “That is really outstanding and people should be celebrating that.”

Experts also say that the available vaccines are exceeding their expectations.

“There are certain variants that are more transmissible, and we have strong data on that, but the thing people should take away from the variant story is just: Don’t let your guard down,” added Kamil.

As far as the Pfizer vaccine, 12,000 people were involved in a Phase 3 trial which confirmed there are no health concerns for those who have taken their second dose.

“It is an important step to further confirm the strong efficacy and good safety data we have seen so far,” said Ugur Sahin, CEO and co-founder of BioNTech.

“These data also provide the first clinical results that a vaccine can effectively protect against currently circulating variants, a critical factor to reach herd immunity and end this pandemic for the global population.”

On Monday, the Centers for Disease Control confirmed the Pfizer and Moderna vaccines are extremely effective and reduce infection by 90% in those who are fully vaccinated.

The Moderna vaccine has been administered 69 million times in the United States. Three million have received the Johnson & Johnson vaccine while Pfizer-BioNTech has administered its vaccine option over 76 million times.

But as per theGrio, some Black Americans are still concerned about receiving the vaccine.

Data from the Centers for Disease Control (CDC) shows the Black population in this country still lags way behind their white counterparts when it comes to COVID-19 vaccinations — but a recent study reveals the reasons why may not be what was previously believed.

So far, the number of Black Americans who are fully vaccinated stands at 1.3 million compared to 13.8 million white Americans.

Cornell Belcher of Brilliant Corners conducted a COVID-19 vaccine needs assessment poll for the National Urban League on Black hesitancy on vaccinations. Belcher said he is appalled by the huge disparity between Black and white Americans who have been vaccinated, calling it “structural racism in the medical industry.”

There are historical examples of this institutional racism with detailed stories often cited about Henrietta Lacks and the Tuskegee experiment. “We know Blacks have different outcomes than whites in the medical industry,” Belcher tells theGrio.

However, Belcher’s most recent study, “Vaccine Needs Assessment: Understanding Disparate Racial Experiences During Covid and Driving Positive Attitudes towards Vaccination,” finds that ”the vast majority of Black folks are ready to get vaccinated” and that “the lag isn’t because of them not wanting it.”

Belcher says his study shows “the percentage of those who don’t want to take the vaccine right now are reluctant because of misinformation or no information” and not necessarily because of concerns of historical racial bias in medicine. “We have to do a better job of communicating with people of color,” he adds.

Read More: Oprah says she felt like ‘superwoman’ after getting vaccine

The Brilliant Corners study commissioned by the National Urban League found that of the Black respondents who found the vaccine to be unsafe, 48% said they had heard or read something that made them less likely to take the vaccine.

This data flies in the face of the previous conclusions that Black Americans were not interested in taking the vaccine due to distrust as a result of historical bias in the medical industry.

Have you subscribed to theGrio’s podcast “Dear Culture”? Download our newest episodes now!