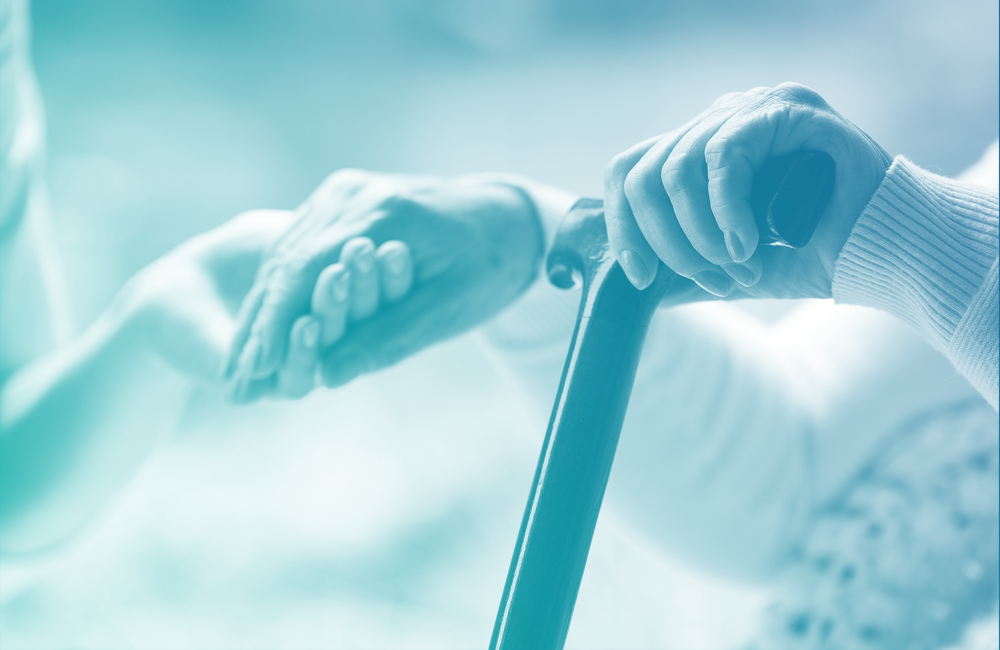 Specialist assessment showed that a fifth were at risk of frailty and 4% were frail. Most of the participants were living with another health condition and were taking medication to treat numerous illnesses.

Describes a general decline in physical health and a loss of reserves, most often seen in older people. Frailty leads to a person being less robust and less able to bounce back after an adverse event. A person with frailty may move more slowly, have lost some of their physical strength, have less energy and be less mentally agile.

A study design in which patients receive routine clinical care and researchers record the outcome. Observational studies can provide useful information but are considered less reliable than experimental studies such as randomised controlled trials. Some examples of observational studies are cohort studies and case-control studies.

An interruption of blood flow to the brain, caused by a broken or blocked blood vessel. A stroke results in sudden loss of brain function, such as loss of consciousness, paralysis, or changes in speech. Stroke is a medical emergency and can be life-threatening.

“HIV-infected individuals aged 75 years and above seem to be adequately followed up,” write the authors. “We also underlined underdiagnosed and poorly treated frailty risk factors such as depression, cognitive disorders, undernourishment, low levels of vitamin D, and pain.”

Overall, the investigators believe their findings show the importance of a multidisciplinary approach to the care of older people living with HIV.

Most people living with HIV now have an excellent prognosis and a normal (or near-normal) life expectancy. Diseases associated with older age are now a leading cause of illness and death in people with HIV and their prevention and treatment is a priority of care.

People with HIV are classified as ‘older’ when they reach the age of 50. This threshold is partly determined by the age profile of the overall population of people living with HIV. In general medicine, however, it is not until the age of 75 that people are classified as older and in need of geriatric care.

Very little is known about the characteristics and health needs of people with HIV aged 75 and above. A team of investigators led by Dr Camille Bernaud at the Hôtel-Dieu University Hospital in Nantes therefore designed an observational study with the aim of gathering key data necessary to ensure that people with HIV in this age group are receiving appropriate care.

The study population consisted of all HIV-positive adults who were receiving care at hospitals in the Pays de la Loire region between January and May 2016. Participants over the age of 75 were assessed for frailty, taking account of mental health, cognitive ability, mobility, pain, social/family status and nutrition.

Six treatment centres were included in the study. Of the 3965 adults receiving HIV care at these centres, 65 (2%) were aged 75 years or above. Fifty-one of these individuals consented to participate in the study. Their median age was 79 years, 75% were men and the median time since diagnosis with HIV was 19 years. All but one of the participants were living in their own home. One person was receiving care in a nursing home. The majority (55%) were single. Over a third had an historic AIDS diagnosis and the median nadir, or lowest, CD4 cell count was 181.

The median number of different drugs per day was six.

Just over a fifth (22%) of participants were assessed as being at risk of frailty and 4% as frail. Frailty was significantly higher among women, which reflects the data among the general population.

“We highlighted the importance of specific management for HIV-infected individuals aged above 75 years, with a collaboration between infectious disease specialists and geriatricians, which should be focused on geriatric syndromes (polypharmacy, undernourishment, deficiencies, depression, pain etc.),” conclude the authors. “Structuring management with dedicated geriatric/HIV consultations could help reevaluate prescriptions and lead to implementing a multidimensional approach based on a varied and standardized scales to assess the complexity of geriatric HIV-infected people’s health.”