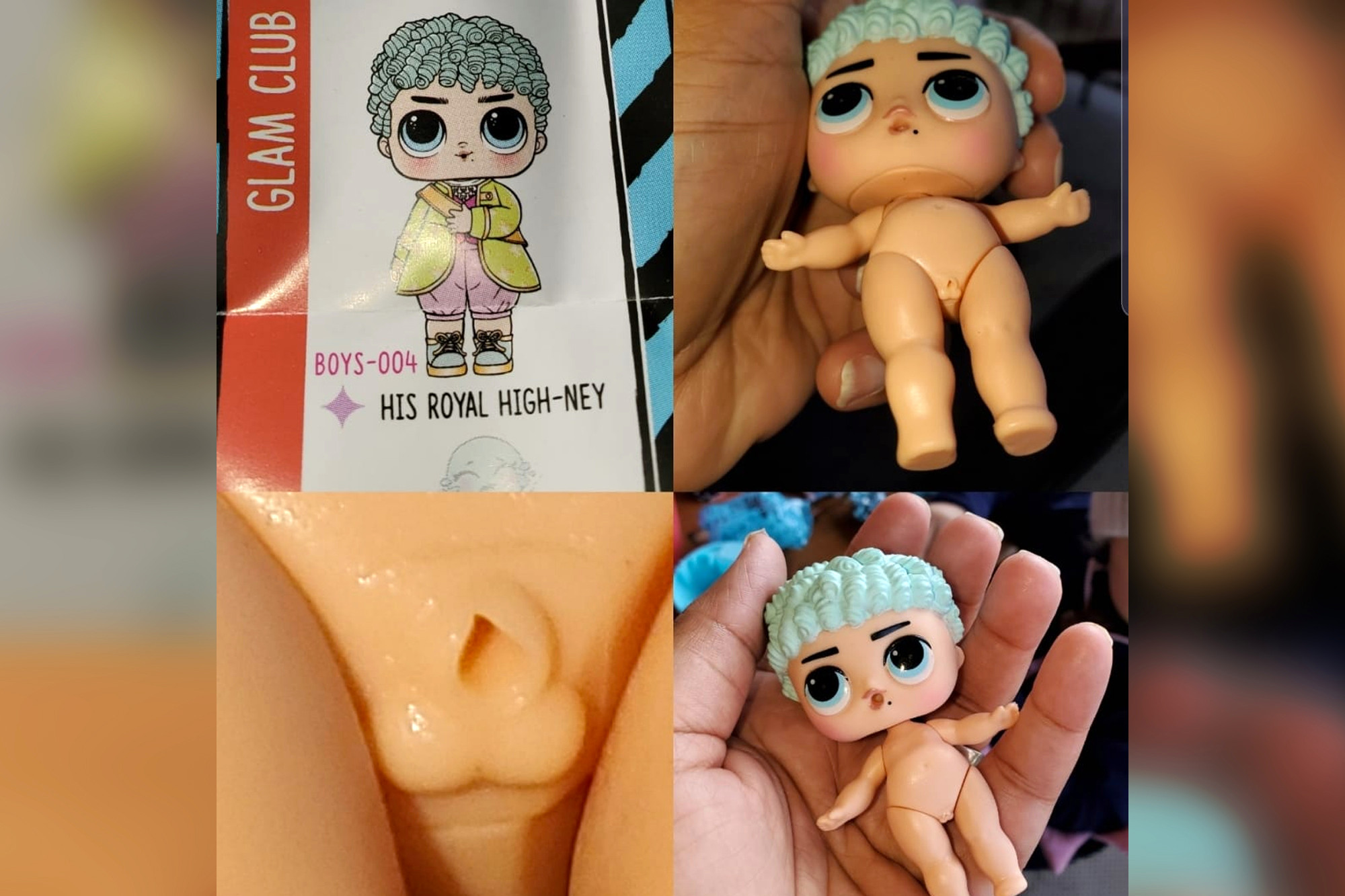 Parents are not LOLing about the surprise between male L.O.L. Surprise! dolls’ legs.

Angry moms and dads are furious over the male toys’ very anatomically correct genitals, reports The Sun, with many posting furious social media comments that the toys are not “age-appropriate” for children.

The mini collectible dolls are encased in a sphere and until opened, the doll itself is a mystery. Along with clothing, accessories and characteristics, the gender is also a secret until opening the ball.

Many parents were shocked to see the life-like genitals, with some noting that the discovery was made by their kids. Some are calling for the dolls, which are manufactured by MGA Entertainment, to be redesigned or at least have warning labels.

“Attention parents please check your children’s L.O.L. Surprise dolls,” wrote one commenter on Facebook. “The boy dolls are inappropriate and obscene for small children especially girls as they are anatomically correct with no warning on the packaging.”

“This is unacceptable,” another simply wrote, along with a photo.

Some even pointed out that only the male dolls have genitals, while the female toys do not.

MGA Entertainment did not immediately respond to The Post’s request for comment.

In a comment on Target’s website, a member of the MGA Expert Team defended the dolls’ privates, claiming it was an intentional move from the company to include accurate body parts.

“The feature was meant to be thoughtful and reflective of real life but designed in a kid appropriate way,” the brand wrote. “MGA Entertainment is a company that watches trends and tracks consumer interests like no one else. LOL Surprise is a global, trend-setting phenomenon that is selling out around the world. With the introduction of the ultra-rare Punk Bois the brand will now be universally gender inclusive for both girls and boys. For many years the toy industry has been moving towards dolls that are more real and anatomically correct. We believe this trend is here to stay and we will continue to lead the charge in toys becoming more gender inclusive. We think boys will be excited to have a doll that looks like them. Also, many of our girl fans have brothers of their own and will be excited their LOL Surprise dolls have a real brother, just like they do.”

L.O.L. Surprise! dolls have been taking the toy industry by storm for the past two years, as reported by The Post. MGA Entertainment CEO Isaac Larian says the company, which also makes Bratz dolls, even struggles to meet the demand for the popular dolls. Retail sales of the LOL Surprise franchise surpassed $ 4 billion last year and are expected to reach $ 5 billion in 2019.