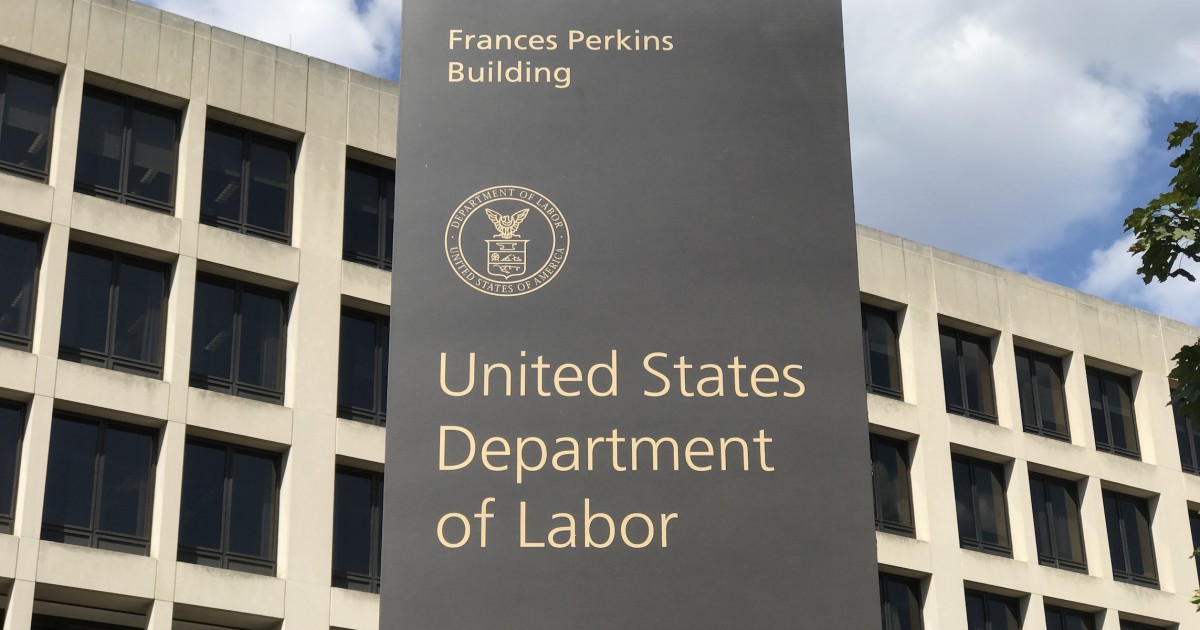 The pace of job losses is slowing but still extreme, setting the expectation that job loss will still be at a historic high next week.

The number of workers filing for unemployment benefits has fallen for the eighth straight week, from as high as 7 million, but the pace of job loss is still at a historic high.

“Just because joblessness seems to be getting worse at a slower rate doesn’t mean it’s not getting worse,” said Nick Bunker, Indeed Hiring Lab’s director of economic research.

Labor Secretary Eugene Scalia said Thursday that the unemployment rate for May, set to be reported by his agency next week, is likely to be 19% or 20%.

“If we can get back to work promptly, safely, we have a chance of coming out of this more quickly than downturns we’ve had in the past because this one was self-imposed,” he said on Fox Business. “It was meant to be temporary.”

All 50 states have begun to reopen, and the District of Columbia will enter phase one of reopening on Friday. Still, the economy is recovering at a slow pace, and according to Bunker, “The labor market has a huge hole to crawl out of.”

“The whole country could reopen in stages, but that doesn’t necessarily mean that economic activity is going to bounce back,” Bunker told the Washington Examiner. “There’s been tremendous policy reaction in terms of unemployment insurance, but it’s uncertain … whether demand from households and businesses is going to be firing back up quick enough.”

A separate economic report from the Commerce Department out Thursday found that the economy contracted more sharply than previously thought in the first three months of 2020. The GDP, a measure of all goods and services produced across the economy, fell at an annual rate of 5%.

It marks the steepest quarterly decline since an 8.4% drop in the fourth quarter of 2008 at the nadir of the financial crisis.

Industries that suffered most due to the coronavirus, especially tourism and airlines, have seen raised expectations in recent days, in the form of higher stock prices in some cases, as states and cities have begun to ease restrictions. Yet workers are still suffering the fallout.

American Airlines announced Thursday that it will lay off 30% of its management and administrative staff as the company grapples with shrinking demand for air travel due to the coronavirus, the Wall Street Journal reported.

“We must plan for operating a smaller airline for the foreseeable future,” Elise Eberwein, American’s executive vice president of people and global engagement, told employees.

“I’m often asked for specifics about how small Delta will need to be over the next couple of years,” Ed Bastian, Delta’s chief executive, said to the staff. “The fact is, right now, we simply don’t know.”

France will ease lockdown restrictions further by allowing schools, cafes, and restaurants to reopen next week, Prime Minister Edouard Philippe announced Thursday. Philippe said that France had effectively slowed the coronavirus outbreak and was now in the second stage of the country’s reopening process called “deconfinement.”

French officials predict that the country’s GDP will shrink by at least 8% in 2020, the worst depression since World War II.

“The country is going to have to fight against the impact of a historic recession,” Philippe said.

Wisconsin State Fair organizers announced Thursday that they will cancel the 10-day event this year “for the safety of our fairgoers, staff, vendors, entertainers, exhibitors, sponsors, suppliers and the broader community.”

The Boston Marathon has also been canceled for the first time since the event began 124 years ago, Boston Mayor Marty Walsh said in a Thursday press conference.

“The traditional one-day running of the 124th Boston Marathon is not feasible this year for public health reasons,” Walsh said. “While our goal and hope was to make progress and contain the virus and recover our economy, this kind of event would not be responsible or realistic on Sept. 14 or anytime this year.”

New York Gov. Andrew Cuomo said on Thursday that he will issue an executive order allowing businesses in New York state to refuse entry to people who do not wear face coverings.

The state will deliver 1 million masks to New York City, the only region in the state still on lockdown, according to Bloomberg.

Senate Majority Leader Mitch McConnell is also encouraging people to wear face masks in public places. He said Wednesday that “there should be no stigma attached to wearing a mask.”