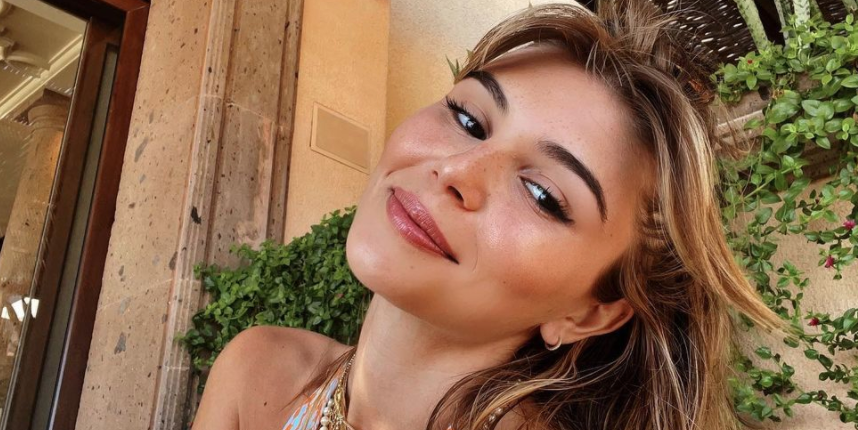 The Gossip Girl reboot is staying current with its new cast, new storylines, and new cultural references. The show’s pilot episode included a joke aimed at Olivia Jade and her mom, Lori Loughlin, who infamously went to prison due to her involvement in the highly publicized college admissions scandal. Olivia Jade’s dad Mossimo Giannulli also did time for participating in the scam.

In the middle of the episode, characters Monet, Luna, and JC chat about JC’s status on their way to class at the Upper East Side elite school, Constance Billard. Monet says, “You as someone who loses is bad for business,” to which JC replies that she “didn’t lose anything” after scandalous pics surfaced on the new Gossip Girl page. Luna then takes a jab toward Lori and says, “And everything will be fine so long as you win. Olivia Jade gained followers when her mom went to jail.”

Not sure if Olivia found the joke funny since she took to TikTok to clarify that #fakenews. “No, I didn’t,” she captioned a video of herself shaking her head while the scene plays in the background.

There you have it: She didn’t gain followers amid the scandal, thank you very much. How presumptuous of anyone to think any differently.

Just as a refresher: Lori and Mossimo were accused in March 2019 of paying $ 500,000 in bribes so daughters Olivia and Bella would be accepted into the University of Southern California. They eventually pleaded guilty to the felony charges in May 2020.

During Lori’s virtual sentencing, she made a statement regarding the crimes they committed:

“I made an awful decision. I went along with the plan to give my daughters an unfair advantage in the college admissions process. In doing so, I ignored my intuition and allowed myself to be swayed from my moral compass. I thought I was acting out of love for my children, but in reality, I had only undermined and diminished my daughters’ abilities and accomplishments.

“While I wish I could go back and do things differently, I can only take responsibility and move forward. I have great faith in God and I believe in redemption, and I will do everything in my power to redeem myself and use this experience as a catalyst to do good and give back for the rest of my life. Your honor, I am truly, profoundly and deeply sorry. I am ready to face the consequences and make amends.”

Let’s just leave the past in the past, k?