NBC News correspondent, 47, reveals how a DENT in her breast was the first sign of her stage 2 cancer that drove her to get a mammogram while covering a North Carolina hurricane

When NBC News correspondent Kristen Dahlgren caught a glimpse of a ‘dent’ in her breast on her 47th birthday this fall, it rang an ominous bell.

It brought back the words of a woman she’d interviewed, three years prior, who had been diagnosed with stage 3 breast cancer after noticing a subtle change in the shape of her own breast that doctors initially dismissed.

Armed with that little known information, Dahlgren pressed doctors until she, too, was screened – outside her home state, between assignments.

Dahlgren revealed to Today that that interview that taught her breast cancer’s less obvious signs might have saved her life. 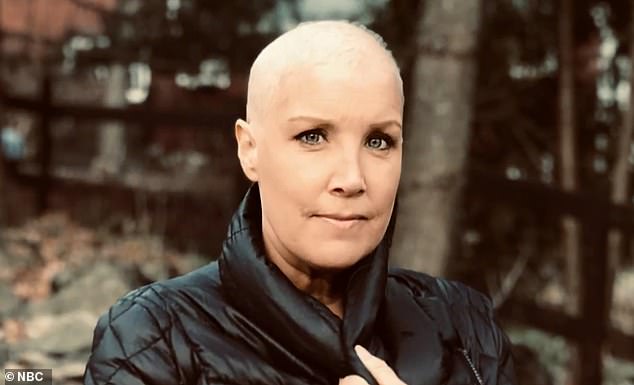 Speaking on Today, NBC News correspondent Kristen Dahlgren revealed that a dent in her breast led to her diagnosis with stage 2 cancer. Pictured: Dahlgren after chemo

Like most of us – and perhaps more so – Dahlgren’s life is busy.

She was getting ready to celebrate her birthday with friends in September when she ‘caught a glimpse of a slight dense in my right breast,’ she wrote for Today.

‘I had never noticed it before. I wasn’t great about regular self exams, but this time I paid attention.’

Beneath the dent, there wasn’t a lump, but the tissue felt somehow thicker than the rest of her breast.

‘It just felt different than everywhere else,’ she writes.

Just about every hospital’s bullet list for breast self exams begins with checking for a lump.

But rewind to 2016. A British study had found that one in six diagnoses with breast cancer began not with a lump, but a different symptom of the disease that kills more than 500,000 women worldwide in a year, according to the World Health Organization.

Dahlgren was covering that finding. Just back from maternity leave, she was sent to interview a breast cancer patient and doctors at the Mayo Clinic in Rochester, Minnesota.

The patient was among the women whose first cancer symptom was not a lump.

She simply noticed a change to the shape of her breast.

Her doctor told the woman it was nothing to be concerned about.

But she didn’t listen – and it probably saved her life. 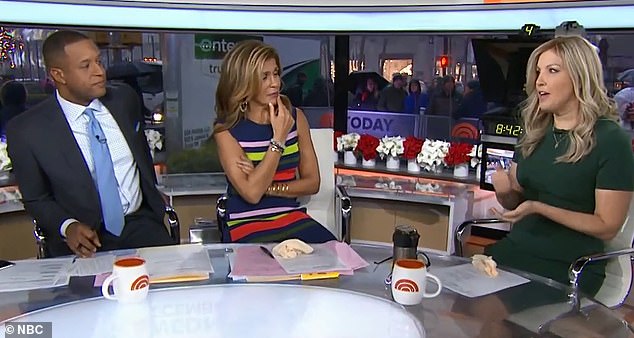 On Wednesday, Dahlgren (right) spoke to Today hosts Craig Melvin (left) and Hoda Kotb (center) about her breast cancel battle and how her own reporting helped her detect her tumor 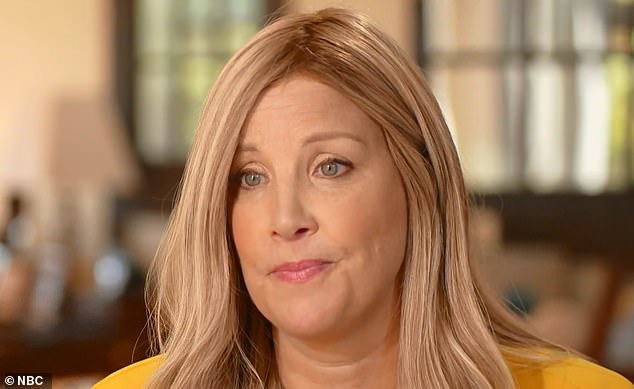 In 2016, Dahlgren had reported a story about the signs many women don’t realize could indicate breast cancer, and remembered a Mayo Clinic doctor’s words to her

By the time Dahlgren’s interview subject got a second opinion and, ultimately, a diagnosis, she had stage 3 breast cancer.

Early warning signs of breast cancer, as described by the Mayo Clinic, include:

Redness or pitting of the skin over your breast, like the skin of an orange

‘It is profoundly important to be aware of your breasts,’ Mayo Clinic internist Dr Deborah Rhodes told Dahlgren in an interview for that story.

Those words, the stage 3 patient’s story and the image of her own breast swirled around Dahlgren’s head even as she was swept up in work.

Dahlgren was sent to North Carolina to cover hurricanes circling and set to make landfall there. 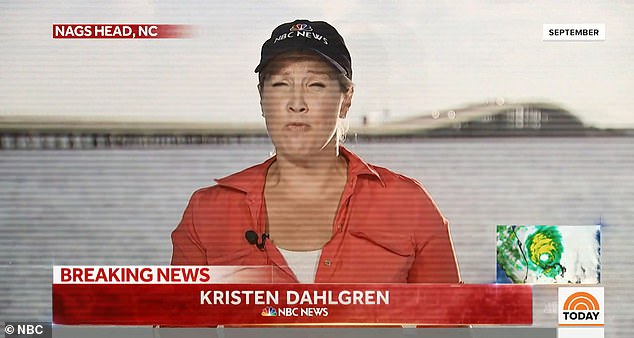 While reporting on a hurricane about to make landfall in North Carolina, Dahlgren dashed to a local hospital to get a mammogram and ultrasound 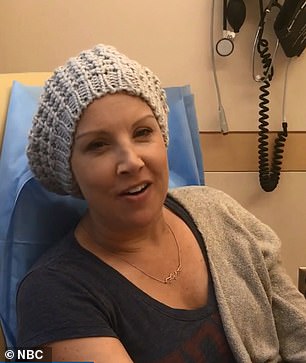 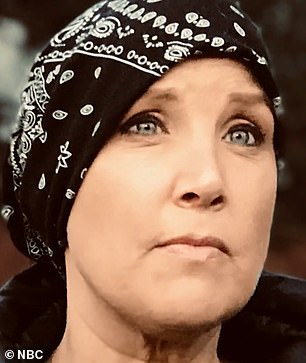 Now, Dahlgren is in chemotherapy for her disease, but has a positive outlook. She says that her experience is ‘surreal’ but that she’s always felt compelled to share her story

She dashed from on shot to a local hospital for a mammogram and ultrasound and then on to the next shot, amazed that they’d had openings.

The hospital staff was puzzled.

‘”Why not just wait until you get home?”‘ Dahlgren recalled a nurse asking her.

‘I just need to know,’ the reporter replied.

It hadn’t even been a year since Dahlgren had had her last mammogram, but the urgent exams she had done in North Carolina revealed two things: Dahlgren had dense breast tissue, and stage 2 breast cancer.

About 50 to 60 percent of women are estimated to have dense breasts, which make cancer harder to detect in mammograms; they’re only about 87 percent effective at detecting breast cancer in women like Dahlgren.

She’s now in the tick of treatment, including chemotherapy. It’s all exhausting, but Dahlgren says her outlook is positive, her support system – consisting of her husband, children and parents – solid and her experience could be life-saving to others.

‘It is not easy to talk about it, but I have always known I would share my story,’ she wrote.

‘Often it feels surreal, but I know there is power in knowledge.’