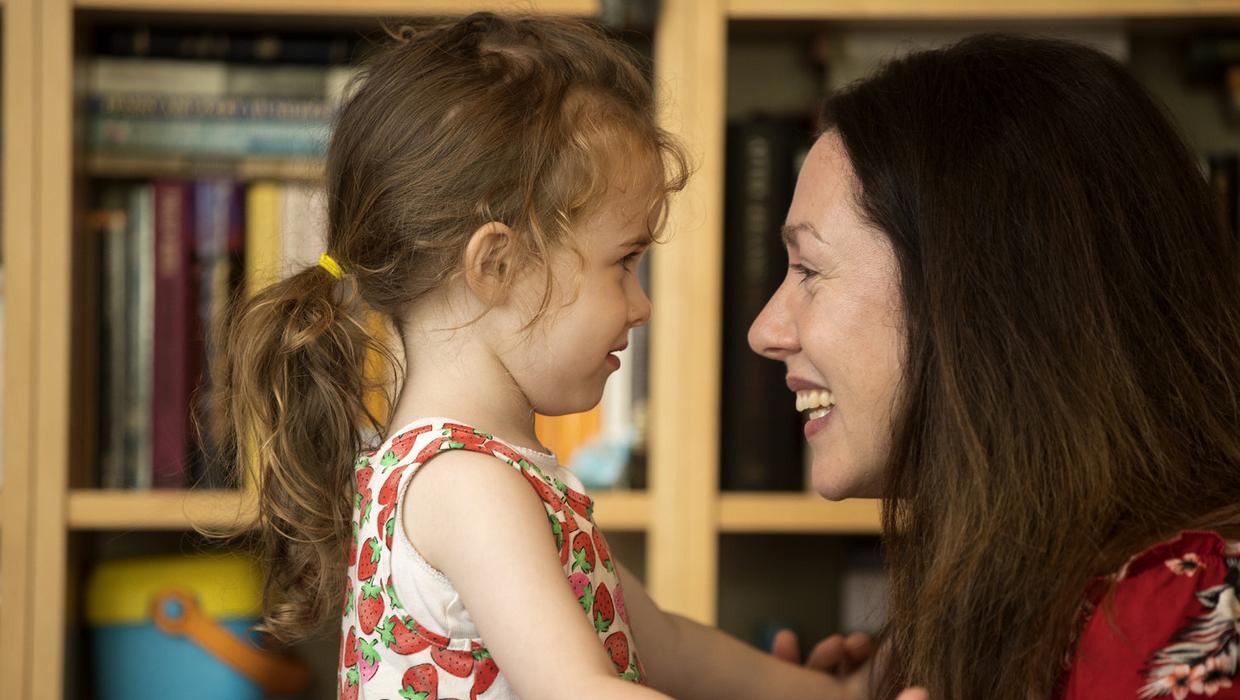 n an emotional piece in today’s Living section, the author describes how the family’s nightmare unfolded.

She said she and her husband “spent three chicken­pocked nights trying to dodge her hurtlings, trying to comfort and contain her. She was too small to communicate what hurt, so I assumed it was just a bad dose of chickenpox. Her ankle swelled and rashed up”.

Ms Lally said: “Addled with lack of sleep, I googled swollen ankle plus chickenpox, or ankle rash plus fever; if I could just Google the right combination of words I might have figured out what ailed her.”

Ms Lally was initially reluctant to bring her to hospital for chickenpox, where her child would have to endure hours in pain in a waiting room only to be sent home again. But Ms Lally said: “Her daddy noticed the ankle was more swollen and decided on A&E. Everything happened very quickly then.”

Doctors diagnosed the 18-month-old with chickenpox-related Group A strep. Ms Lally describes having to live with a “serrating guilt” that she could have unwittingly let the infection go too far.

She also talked of the difficulty of seeing her daughter in so much pain: “When I had to hand my daughter over to the nurse for her first surgery, she clung so tight and grasped my hair so hard she pulled out a clump. It’s an image that still haunts me. I found the whole thing incomprehensible.

“This was the kind of story I would read in the paper and feel a distant kind of sympathy, assuming it would never happen to us.”

After 11 nights in hospital, Ms Lally said she felt gratitude for small mercies, saying: “We were lucky we lived so close to the hospital – we could take turns doing nights. We were lucky there were two of us. We were lucky our child would likely make a full recovery.”

She said: “It’s usually at a time you don’t feel the luckiest that people tell you how lucky you are, saying ‘At least this’ and ‘At least that’, coming up with ever more imaginative scenarios worse than ours.”

According to HSE figures, one in five patients who develop sepsis dies from the condition. Mortality rates are rising again after falling for almost a decade. The mortality rate rose from 17.6pc in 2017 to 19.4pc in 2018.

The condition, in which the body suffers an out-of-control response to infection, caused 11 million deaths worldwide in 2017.

On escaping the worst possible fate, Ms Lally said: “After the child was discharged we attended the day-ward to have her bloods checked. The consultant watching her shook his head and said, ‘If you’d waited another 24 hours to bring her in, we wouldn’t be looking at this.’ I couldn’t bring myself to ask, ‘What would we be looking at?’ but the unasked question hovers at the edge of my mind.”