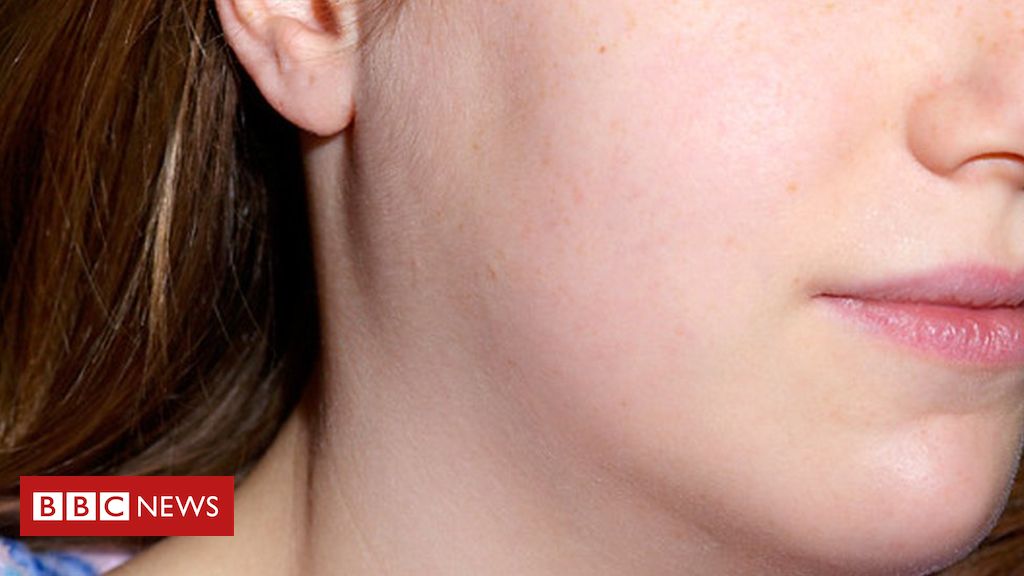 There has been a sharp increase in cases of mumps this year in England – but the viral illness which can cause swollen glands (and, more rarely, testes) has been around for a very long time.

Way back in the 5th Century BC, Hippocrates is thought to be the first person to have recorded the symptoms of the disease.

The Greek physician described “swellings… about the ears, in many on either side, and in the greatest number on both sides”.

His observations clearly point to the classic sign of mumps – the puffy-cheeked appearance which affects many, though not all, of those affected.

This is a result of the mumps virus causing the swelling and inflammation of one or both parotid glands, which sit in front of the ears.

It can lead to difficulty opening the mouth to talk, eat and drink.

And this recognisable symptom probably gave the illness its name.

Mumps is a strange word for an illness, and it has no clear origin.

It could come from the old English word for grimace or sulk – mump – or it may be linked to the Icelandic word for a mouth being filled too full – mumpa – and the Dutch for mumble, “mompen”.

However, the overriding impression is that the distinctive “hamster face” appearance of the illness has influenced its name.

But it is not the only part of the body that can swell up – in rare cases, the testes, the pancreas, the brain and the ovaries can too.

Mumps is, however, more serious and more painful the older you are.

Mumps has not only reappeared this year, despite the rise in cases.

Before the MMR vaccine – the second M stands for mumps – was introduced in the UK in 1988, eight out of 10 people developed mumps and most of them were children of school age.

At that time, there were five deaths a year from mumps, mainly due to encephalitis or swelling of the brain.

After then, the illness became relatively rare but it started coming back again in the 2000s, with the largest outbreak in 2005 rising to more than 43,000 cases in England and Wales.

Cases have never spiked like that again, but outbreaks are common and cases of mumps consistently outnumber measles and rubella cases each year.

Teenagers and young adults in colleges and universities are now the ones who tend to be affected – for several reasons.

They may be too old to have been immunised or offered the MMR, or may only have had one dose of the vaccine – or they had two doses, but the vaccine’s protection against mumps has worn off.

“The mumps vaccine is not as effective as other bits of MMR, which is why it’s important to have two doses,” says Prof Bedford.

Close-mixing groups of young people in other countries are similarly affected by mumps outbreaks.

The virus is easily spread, through saliva or droplets in a cough or sneeze – a bit like colds and flu.

Prof Bedford says it is important to remember the impact of mumps (as well as measles and rubella) on children, and young people.

“Mumps can make children feel very unwell and stay in bed for days.

“It’s not nothing. Perhaps we’ve lost sight of what these illnesses are really like,” she says.

Thankfully, we have Hippocrates to remind us.