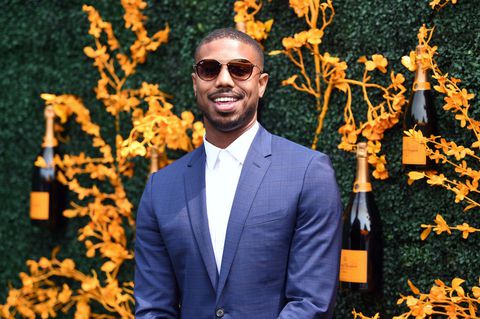 When it comes to obvious choices to play a wealthy, charming playboy who lives a double life as a master thief, Michael B. Jordan is pretty high up on the list. While he might be best known for grittier roles in Black Panther and the Creed movies, he has the kind of charisma befitting an old Hollywood leading man. And that star quality just found the ideal project; Jordan is set to play the title role in a remake of The Thomas Crown Affair.

With this being the era of non-stop reboots, remakes and reimaginings, it shouldn’t be so surprising that this movie is getting dusted off yet again. The 1968 original, starring Steve McQueen and Faye Dunaway, was remade in 1999 with Pierce Brosnan and Rene Russo. But maybe The Thomas Crown Affair is one of the few films to avoid the reboot curse; both versions of the movie were critical and commercial hits. It stands to reason Hollywood would try to hit gold a third time.

The Thomas Crown Affair is the story of billionaire Thomas Crown, who pulls off a complicated heist for the sheer fun of it (in the first movie he orchestrates a bank job, in the second he steals a Monet), triggering a game of cat-and-mouse with a female insurance investigator. In both iterations there is a satisfyingly clever script and chemistry between the two characters that practically radiates off the screen — so the casting of the female lead will be crucial.

This new retelling will be produced by Jordan’s fellow MCU alumni the Russo Brothers, who know a thing or two about taking well-known characters and telling new stories, having steered Captain America and the rest of the Avengers from The Winter Soldier all the way through to Endgame (which also gave them some good practice in pulling off a heist). They announced the new collaboration with Jordan during a recent panel at San Diego Comic Con, promising that their vision for The Thomas Crown Affair involves a “brand new take” on the idea:

This is a movie that we loved growing up, both versions, the Steve McQueen version and the Pierce Brosnan version. And we’re going to bring our own spin to it as producers. We have Matt Carnahan writing the script right now. He’s, we think, one of the best writers in the business, and we have a brand new take on it. We couldn’t be more exciting to be working with Michael. He’s one of the great actors of his generation without question.