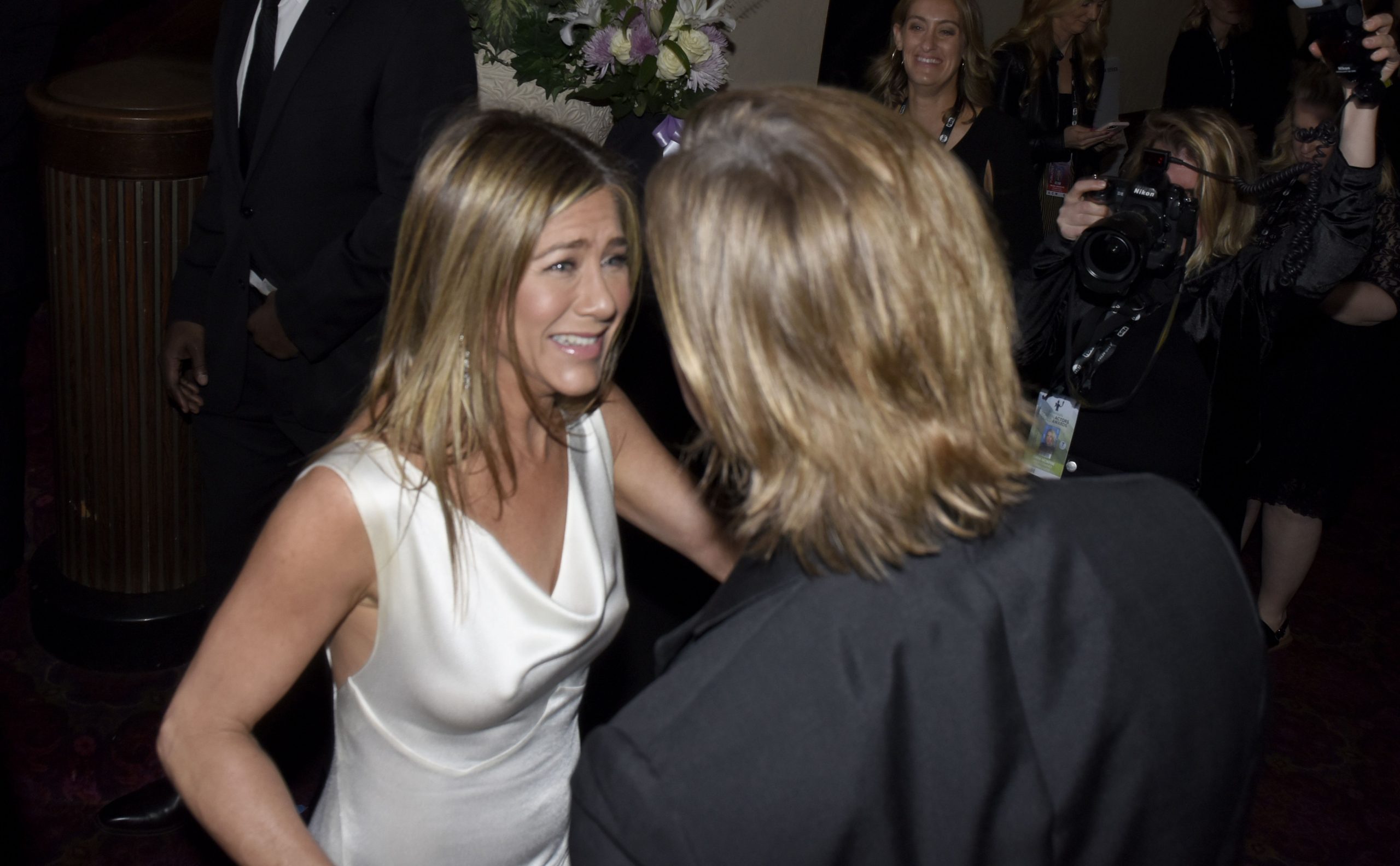 SooooOOOooOOOoooo, last night was the 2020 Screen Actors Guild Awards, and in the event that you skipped them to, IDK, fall asleep on your couch at 8:00 pm, you missed out on some prime Brad Pitt and Jennifer Aniston content.

Not only was Brad Pitt filmed watching Jen’s win backstage (dude. was. BEAMING.), she was caught reacting to Brad’s joke about not getting along with “his wife.”

Kay, so basically Brad hit the stage to accept his award for Once Upon a Time in Hollywood, immediately causing dating apps to crash by joking, “I’m going to add this to my Tinder profile.” He then went on to say “We all know what we do is a team sport, and we elevate each other. And I got to work with some amazing people. Mr. Pacino, Mr. Dern, Kurt Russell, Leo, Dakota, Tim. Where are you guys? Ms. Butters. Margaret Qualley. Austin Butler. You elevated my game. I certainly hope I did the same for you. Let’s be honest. It was a difficult part. A guy who gets high, takes his shirt off and doesn’t get on with his wife.”

Annnnnd cut to Jen, who was just out there all: