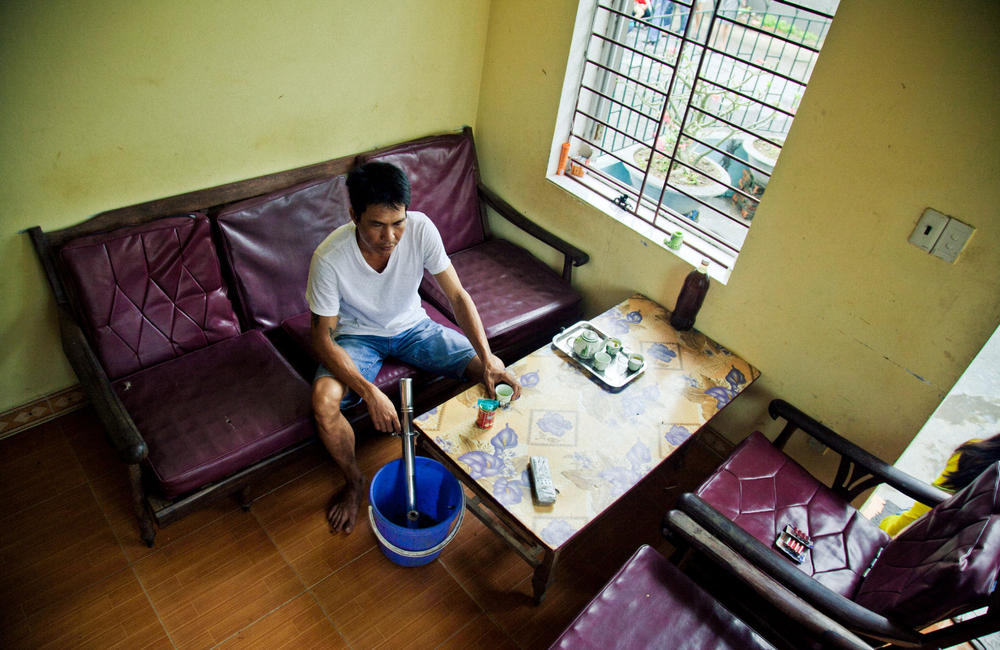 While many high-income settings have shown that combination programmes for people who inject drugs (providing sterile syringes, opioid substitution treatment and HIV treatment) can reduce HIV incidence in this population, evidence was scarce that such programmes would have the same success in low- or middle-income settings such as Vietnam.

Vietnam experienced a heroin injecting epidemic in the 1970s, followed by an HIV epidemic among people who inject drugs in the early 2000s, with HIV prevalence as high as 60% in the city of Hai Phong in 2006.

In 2013, Vietnam’s policy towards drug users began to shift from a punitive system of compulsory drug detention centres to a programme of voluntary, community-based substance use treatment. Methadone maintenance treatment, access to sterile syringes and antiretroviral therapy (ART) for all people with HIV were scaled up by the authorities.

Taking drugs for a period of time after an infection has been treated, to stabilise the condition or prevent a re-occurrence or deterioration.

In the language of healthcare, something that happens in a “community setting” or in “the community” occurs outside of a hospital.

Statistical tests are used to judge whether the results of a study could be due to chance and would not be confirmed if the study was repeated. If result is probably not due to chance, the results are ‘statistically significant’.

In a case-control study, a process to make the cases and the controls comparable with respect to extraneous factors. For example, each case is matched individually with a control subject on variables such as age, sex and HIV status.

While funding from international donors has decreased in recent years, the national and provincial governments and increased their financial support. Hai Phong is the country’s fourth largest city and is one of the locations where interventions for drug users were implemented early and at scale.

Methadone maintenance treatment has been available since 2008, with approximately 4000 people receiving treatment at any one time in Hai Phong. To put this figure in context, there are estimated to be around 5000 current injecting drug users not receiving methadone.

Sterile syringes are readily available, primarily from local pharmacies. People who inject drugs are estimated to obtain an average of 450 syringes a year, which is 50% higher than the ‘high’ level recommended by UNAIDS.

Antiretroviral treatment for all people with HIV began to be implemented in 2016.

By 2018, the UNAIDS technical guidelines for combined prevention and care for people who inject drugs were fully implemented in Hai Phong.

In order to assess how effective these measures were in terms of reducing HIV incidence among people currently injecting drugs in Hai Phong, investigators conducted four large community-based surveys, each year from 2016 to 2019. Eligible participants were adults with evidence of recent injection drug use, with recruitment via referral from peers. Participants were allowed to respond to several of the annual surveys, but only once in any year.

Comparing the surveys from 2016 to 2019, there were statistically significant changes in several indicators of engagement with health services and risk behaviour.

HIV incidence (new HIV infections) was measured in three ways. Rates were very similar and low by each method.

The investigators had further information on two of the three HIV seroconversions. One occurred when the participant engaged in a new drug use/sexual relationship with a partner who did not disclose their HIV status. The second occurred shortly after the participant was released from drug detention: a period that is well-known for being  high risk for HIV infection and overdose.

The investigators acknowledge that they might have missed some HIV seroconversions among drug users who did not participate in the study. Reasons for non-participation included concerns over confidentiality or transport to the survey sites. However, they see no reason to believe that these individuals – who had access to the same treatment and prevention services in the community – would have substantially higher HIV incidence than study participants. They also point out that the study reached about two thirds of the estimated 5000 active injecting drug users in Hai Phong.

The study found an HIV incidence below 0.1% a year, which is well below the target of 0.5% a year which the researchers had defined as a component for ending the HIV epidemic among people who inject drugs in Hai Phong. Moreover, they say that “even if HIV incidence had been 13 times higher among people who inject drugs who did not participate in the study, we would still have matched our target rate for ending the epidemic”.