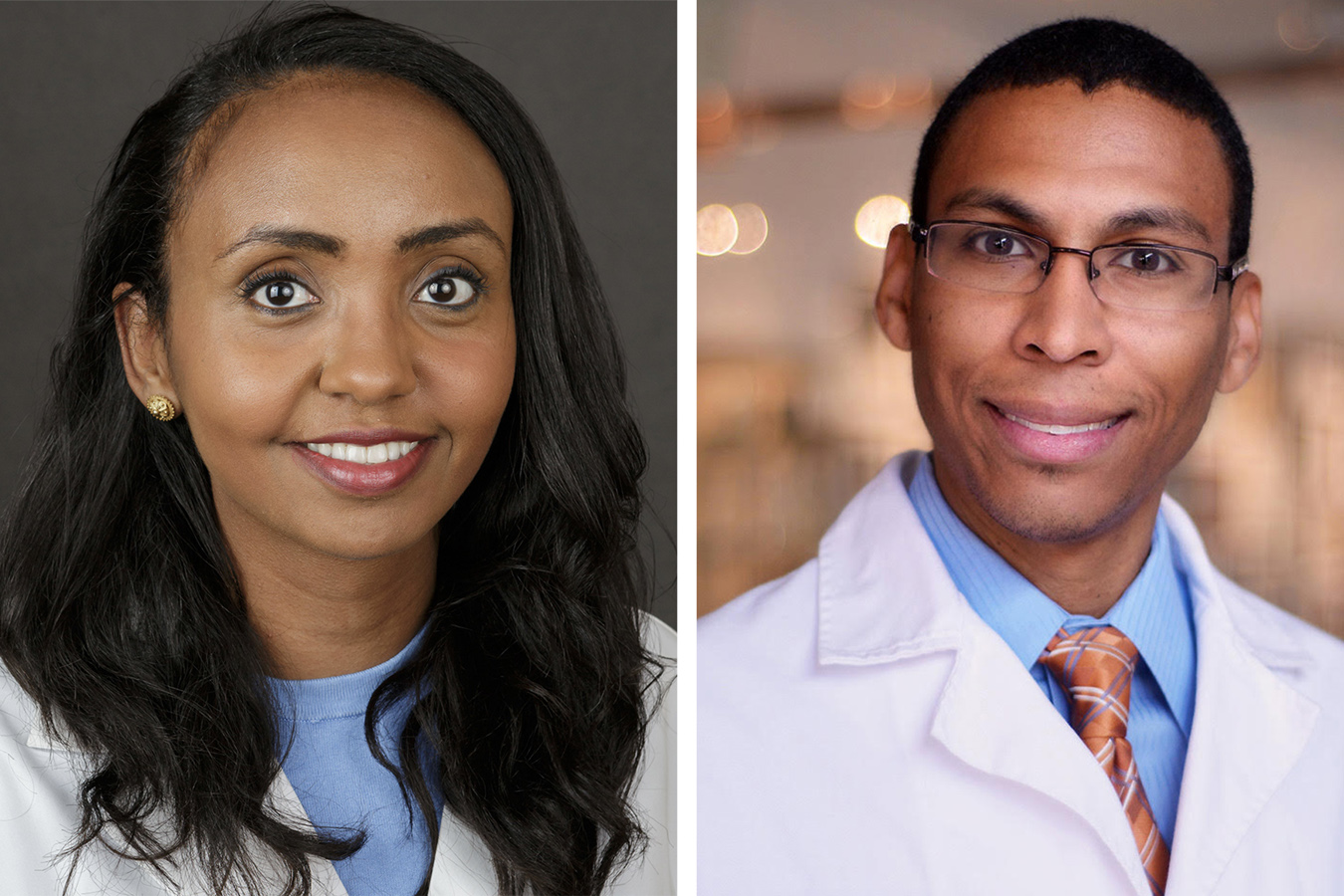 Health workers across the country looked on in horror when New York became the global epicenter of the coronavirus. Now, as physicians in cities such as Houston, Phoenix and Miami face their own COVID-19 crises, they are looking to New York, where the caseload has since abated, for guidance.

The Guardian sat in on a conversation with two emergency room physicians — one in New York and the other in Houston — about what happened when COVID-19 arrived at their hospitals.

Dr. Cedric Dark, Houston: When did you start worrying about how COVID-19 would impact New York?

Dr. Tsion Firew, New York: Back in February, I traveled to Sweden and Ethiopia for work. There was some sort of screening for COVID-19 in both places. On Feb. 22, I came to New York City, and nothing — no screening. At that point, I thought, “I don’t think this country’s going to handle this well.”

Dark: On Feb. 26, at a department meeting, one of my colleagues put coronavirus on the agenda. I thought to myself, “Why do we even need to bother with this here in Houston? This is in China; maybe it’s in Europe?”

Firew: On March 1, we had our first case in New York City, which was at my hospital. Fast-forward 15 days and I get a call saying, “Hey, you were exposed to COVID-positive patients.” I was told to stay home.

Dark: My anxiety grew as I saw what was happening in Italy, a country I’ve visited several times. I remember seeing images of people dying in their homes and mass graves. I started to wonder, “Is this what we’ll see over here? Are my colleagues going to be dying? Is this something that’s going to get me or my wife, who’s also an ER doctor? Are we going to bring it home to our son?”

In March, we repurposed our urgent care pod, which has eight beds, into our coronavirus unit. And for a while, that was enough.

Firew: In late March, health workers without symptoms were told to come back to work. It felt like a tsunami hit. I’ve practiced in very low-resource settings and even in a war zone, and I couldn’t believe what I was witnessing in New York.

The emergency department was silent — there were no visitors, and patients were very sick. Many were on ventilators or getting oxygen. The usual human interactions were gone. Everybody was wearing a mask and gowns and there were so many people who came to help from different places that you didn’t know who was who. I spent a lot more time on the phone talking to family members about end-of-life care decisions, conversations you’d normally have face-to-face.

In New York, the severity of the crisis really depended on what hospital you were at. Columbia has two hospitals — one at 168th and one at 224th — and the difference was night and day. The one on 224th is smaller and just across the bridge from the Bronx, which was hit hard by the virus.

There, people were dying in ambulances while waiting for care. The emergency department was overwhelmed with patients who needed oxygen. Its hallways were crowded with patients on portable oxygen tanks. We ran out of monitors and oxygen for the portable tanks. Staff members succumbed to COVID-19, exacerbating shortages of nurses and doctors.

My friends who work in Lower Manhattan couldn’t believe some of the things we saw.

Dark: I went to medical school at NYU and have a lot of friends in New York I was checking in with at the time. I thought that in Houston, a city that’s almost as big, we had the conditions for a similar crisis: It’s a large city with an international airport, it attracts a lot of business travelers, and thousands of people come here each March for the rodeo.

In late March, a guy about my age came into the hospital. It was the first day we got coronavirus tests. A few days later, a nurse texted me that the patient had tested positive. He hadn’t traveled anywhere — it was proof to me that we had community transmission in Houston before any officials admitted it.

Firew: In early April, I became sick, along with my husband. I never imagined that in 2020 I would be writing out a living will detailing my life insurance policy to my family. Walking from my bed to the kitchen would make my heart race; I often wondered: Is this when I drop dead like my patient the other day?

A few days before I got sick, the president had said that anybody who wanted a test could get one. But then I was on the phone with my workplace and with the department of health begging for a test.

It was also around that time that a brown-skinned physician who was about my age died from COVID-19. So I knew being in my mid-30s wouldn’t protect me. I was even more worried when my husband became ill because, as a Black man, his chances of dying from this disease were much higher than mine. We both recovered, but I still have some fatigue and shortness of breath.

When did cases pick up in Houston?

Dark: We saw a gradual increase in cases throughout April, but it stayed relatively calm because the city was shut down. The hospital was kind of a ghost town because no one was having elective procedures. Things were quiet until Texas reopened in May.

I remember when I lost my first COVID patient. He started to crash right in front of me. We started CPR and I ran the algorithms through my mind trying to think how we could bring him back, but kept ending up at the same conclusion: This is COVID and there’s nothing I can do.

It’s like serving on the front lines of a war. We initially struggled to find our own personal protective equipment while the hospitals worked to secure the supply chain. Although that situation has stabilized, a lot of patients who come in for non-COVID reasons wind up testing positive. COVID is everywhere.

Our patient population is heavily Latino and Black and, for a time, our hospital had some of the highest numbers of COVID cases among the nearly two dozen hospitals in the Texas Medical Center network. It’s revealed the fault lines of a preexisting issue in terms of inequities in health care.

As area hospitals fill up, they reallocate additional floors to COVID patients. Who knows, if we don’t get this under control, maybe one day the whole hospital will be COVID.

Firew: Now I’m just chronically angry. The negligence came from the top all the way down. Our leaders do not lead with evidence — we knew what was going to happen when states reopened so quickly.

Dark: Yeah, this was completely avoidable, had the governor [Texas Gov. Greg Abbott] decided not to open up the economy too fast.

How are things in New York now?

Firew: There have been several days where I’ve seen zero COVID cases. If I do see a case, it’s usually someone who has traveled from abroad or other states.

People are coming in for non-COVID reasons. Recently, a woman in her early 40s came in with a massive lesion on her breast. She’d started experiencing some pain three months ago, during the peak of the pandemic, and was too frightened to come to the hospital. To make matters worse, she didn’t have insurance and couldn’t afford the telehealth that many had access to.

By the time she made it to our hospital, the mass had metastasized to her spine and lungs. Even with aggressive treatment, she likely only has a few months to live. This is one of the many cases we’re seeing now that we are back to “normal” — complications of chronic illnesses and delayed diagnoses of cancer. The burden of the pandemic layered with a broken health care system.

Dr. Tsion Firew is an assistant professor of emergency medicine at Columbia University and special adviser to the minister of health of Ethiopia.

Dr. Cedric Dark is an assistant professor of emergency medicine at Baylor College of Medicine and a board member for Doctors for America.

This conversation was condensed and edited by Danielle Renwick.