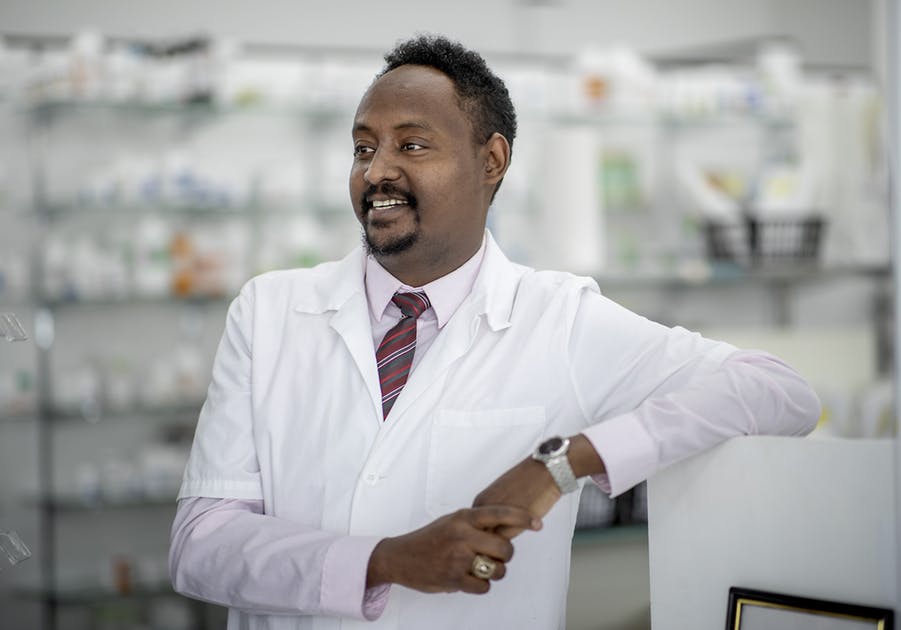 Elias Usso did something almost unheard of in today’s pharmacy world. He opened an independent pharmacy in Minneapolis at a time when large corporate chains control most of the market.

He wants to care for patients in a way that pharmacists at corporate locations can’t because of production quotas and high volume.

“Being a pharmacist you can do a lot to help the public because you are the most accessible person when it comes to the health care industry,” he said.

The doors to his Seward Pharmacy on Lake Street opened last September, at a time when the number of independent pharmacies has fallen 37% since 2014, leaving 211 statewide and only 65 in the metro area, according to the Minnesota Board of Pharmacy.

“It is the most difficult time to start this business, honestly,” Usso said.

Pharmacies say that they are struggling against the pricing policies and business practices of companies known as pharmacy benefit managers (PBM), firms that play a middleman role with drugmakers and health plans.

“The reimbursement from the PBMs has gotten to a point where they are unsustainable to keep independent pharmacies in business,” said Gary Boehler, a retired pharmacist who now provides consulting services to independents.

Minnesota is one of a growing number of states that moved last year to license PBMs in the hopes of limiting some of the more troublesome business practices and provide more transparency about financial incentives that influence drug pricing and choices.

But the future of state regulation of PBMs hangs in the balance as the Supreme Court recently took up a successful challenge by the industry.

Some sections of the Minnesota law have taken effect, including prohibiting PBMs from putting gag clauses into their contracts that prohibited pharmacists from telling patients that they could get drugs cheaper if they paid cash rather than using their insurance.

“The insurance plan was charging these copays that were way above the cost of the drug,” said Jessica Astrup Ehret, owner of Sterling Pharmacy, which has 17 retail locations in Minnesota and Iowa. “Within our contract we weren’t allowed to tell people that they weren’t getting the best price.”

There are still ongoing problems, Astrup Ehret said, including “prescription trolling.” Many PBMs own mail-order pharmacies and many of her patients have been contacted by these pharmacies, which try to take away her clients when refills come due.

In another tactic, PBMs offer lower copays at preferred pharmacies — sometimes owned by the PBM — meaning it would cost more for the patient to be loyal to the local corner drugstore.

“It is the benefit managers’ way to steer that volume to their affiliated pharmacy,” she said. “Patients deserve a choice when it comes to pharmacies.”

On some medications, though, PBMs are paying pharmacies less than their drug acquisition costs, something that Usso is grappling with as he tries to get his business off the ground.

“This is the frustration that anybody in pharmacy goes through,” he said. One of his better payers is the state Medicaid program, which at least covers his costs. But that is only for the 300,000 Medicaid enrollees who are not among the 850,000 enrolled in Medicaid HMOs, which use PBMs.

Usso, who once worked for a chain, is emphasizing customer service. He offers free deliveries and has visited with patients at home to review their medication lists and help them with any problems.

Some see a future in independent pharmacies if they move away from primarily filling prescriptions and move into clinical services, such as monitoring blood pressure and taking blood tests.

“We need to move to clinical services and getting paid for those services,” said Sarah Derr, executive director of the Minnesota Pharmacists Association.

While pharmacists cannot diagnose medical problems, they can provide services that help patients, especially those with chronic conditions like high blood pressure or diabetes, to monitor vital signs and alert patients and doctors when warning signs develop.

“Honestly I think we will see a reduction in cost because they won’t have to see their physicians as often,” said Derr, who noted that the concept is being tested nationwide, including in about 30 Minnesota independent pharmacies.

“The chains haven’t quite gotten to that point of being able to shift because their pharmacies are so busy that they can’t provide clinical services,” Derr said.

The cost pressures are also impacting large and smaller chains. The number of chain retail locations has shrunk to 529 pharmacies in Minnesota, down 23% from five years ago.

In the past year, Lunds & Byerlys closed its 14 pharmacy locations, citing “significant losses.” HealthPartners, one of the largest health care systems in the region, is shutting down its 30 retail locations and a mail-order business.

At the same time, the number of unemployed pharmacists has soared, going from 29 in 2014 to 423 last year.

For some, the conditions have become dire.

“I am talking to pharmacists that are doing a lien against their house” to keep their business open, said Boehler, the consultant.

He said drug manufacturers share some of the blame because they keep prices high by extending patents for successful drugs, which shuts out generic competition.

“The PBMs are the biggest culprit” because they have found ways to capture “this giant revenue stream of the pharmaceutical chain,” he said.

That is why he and others advocate for “radical transparency” in state PBM licensure laws to open up the books to see where the money is going.

The PBM industry won an appeals court ruling in 2017 that challenged an Arkansas PBM law that, among other things, would have required PBMs to reimburse pharmacies for their medication costs.

The Supreme Court announced this year that it would hear the case.

“Pharmacy benefit managers are already regulated at the state and federal levels, more PBM regulation is not a solution to reduce prescription drug costs,” said Greg Lopes, a spokesman for the Pharmaceutical Care Management Association, which represents PBMs.

“PBMs practice and support transparency … and are in favor of greater transparency among all players in the drug supply chain.” he said.

Usso said he will be working hard to offer pharmacy services that people can’t get elsewhere.

“No matter if the odds are against you,” he said. “If you work hard people will come to you. It will pay at some point.”