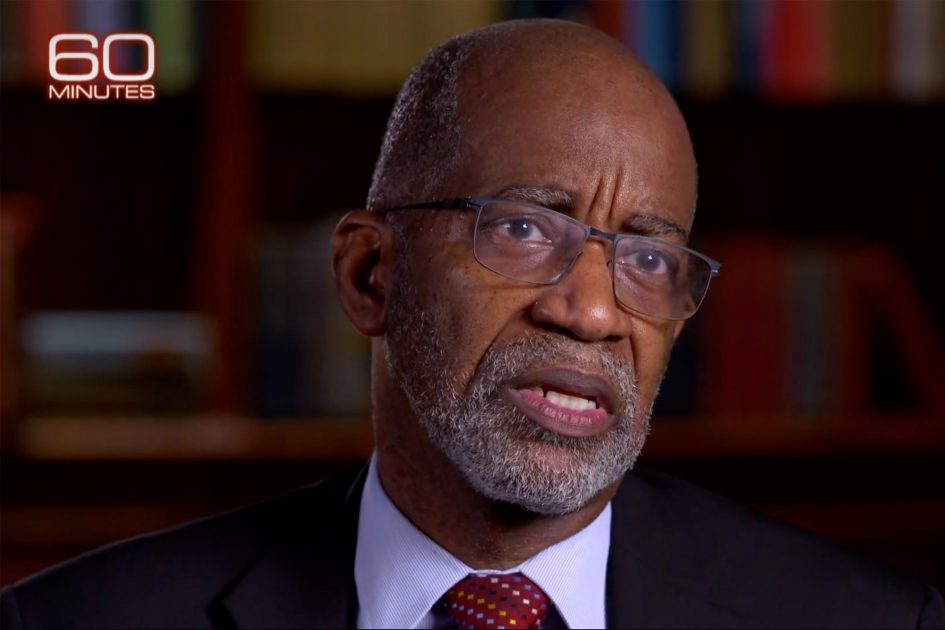 Since the murder of George Floyd by Minneapolis police officer Derek Chauvin, many African Americans have reported feeling overwhelmed at times by the trauma, anguish, and outrage stirred up by Floyd’s death, as well as other incidents of police violence against Black victims. The disturbing frequency of these events, and the relentless news coverage of them in the last year, has been taking a real emotional toll.

A first-ever study in 2018 found that a police killing of an unarmed African American triggered days of poor mental health for Black people living in that state over the following three months — a significant problem given there are about 1,000 police killings annually on average, with African Americans comprising a disproportionate 25 percent to 30 percent of those. The accumulation of painful days over the course of a year was comparable to the rate experienced by diabetics, according to the study’s author, David R. Williams, Florence Sprague Norman and Laura Smart Norman Professor of Public Health and chair of the Department of Social and Behavioral Sciences at the Harvard T.H. Chan School of Public Health.

Williams, a leading expert on the social influences of health and a professor of African and African American Studies and Sociology at Harvard University, spoke with the Gazette about what he’s seen in the past year, the mental and physical tolls discrimination take on Black lives and what individuals can do to help mitigate them.

GAZETTE:  This is a new area of scholarly inquiry. What have you found thus far about the causal links that police killings have on Black people’s mental health?

WILLIAMS:  What we sought to do was to identify if a police killing of civilians had negative effects not just on the victim’s family, immediate relatives and friends, but on the larger community. We looked at every police shooting in America over a three-year period [between 2013‒2015] and then linked that, in a quasi-experimental design, with data from the CDC [Centers for Disease Control and Prevention] on the mental health of the population in every state. And what we found was that every police shooting of an unarmed Black person was linked to worse mental health for the entire Black population in the state where that shooting had occurred for the next three months.

GAZETTE: Were you surprised at all by those results?

WILLIAMS: It’s a striking finding, and it’s the first time it has been documented in that way. On the other hand, it’s not totally surprising. There’s a body of evidence emerging that suggests these incidents are having a negative impact not just on [victims’] family members, but there’s a broader community grieving; there’s a broader “threat” to the community; there’s a broader increase in personal vulnerability that’s having mental health consequences. … We are still in the beginning of understanding of what is happening.

“ … it is not just what happens in the big things, like at discrimination at work or in interactions with the police. But there are day-to-day indignities that chip away at the well-being of populations of color …”

GAZETTE: Since the murder of George Floyd in May 2020, there’s been a heightened focus on police violence and anti-Black racism in the country. Between video, audio, expert analysis, and ordinary conversation, as well as acts of police violence and intimidation of Black Lives Matter protestors, how do you think this last year has affected the mental health of Black people?

The economic impact of the COVID-19 pandemic has also been much more severe on poor Americans of all racial/ethnic groups, and on African Americans and Latinos, in particular. So we are looking at populations that are also dealing with elevated levels of financial stress.

There is a vaccine for the COVID 19 virus, but there is no vaccine for mental health. So as a nation, as community leaders, as public health leaders, we need to think about how we provide the support and the resources and create the spaces to help people deal with the trauma, the emotional, physical symptoms — anxiety, helplessness, nausea, headaches — that they may be struggling with.

I believe we are seeing emerging mental health effects right now. Longer term, I would expect that we would see some adverse physiological effects. There is a body of research — I haven’t done most of it, but my work is consistent with it. Some scientists use the term “accelerated aging”; in other studies, they use the term “biological weathering.” What that body of research is suggesting to us is that in the United States, African Americans are aging biologically more rapidly than whites. At the same chronological age, African Americans are 7.5 years older or 10 years older, on average, compared to their white counterparts. We think that what this more rapid aging and physiologic deterioration reflects is the accumulation of all of these negative, stressful exposures in the physical, chemical, and psychosocial environment.

The Everyday Discrimination Scale (EDS) it is used as a measure of subjective experiences of daily discrimination against the minority population. This measure contains nine elements that assess the person’s daily life, followed by a follow-up question about what the person believes was the reason for that daily discrimination. This measure also presents a short version of five elements. It takes five to 10 minutes to administer.

In your day-to-day life, how often do any of the following things happen to you?

Recommended answer categories for all items

Follow-up question: Asked only of those answering “A few times a year” or more frequently to at least one question.

What do you think is the main reason for these experiences? (check more than one, if volunteered)

Other possible categories to consider:
A physical disability
Your shade of skin color
Your tribe
Other (specify)

GAZETTE: You also study the effects that racism has on Black physiological health. You developed a very widely used scale to measure a person’s exposure to everyday discrimination that you say is highly predictive of health problems. What have you learned so far?

WILLIAMS: The evidence is clear that discrimination matters for health. And it is not just what happens in the big things, like at discrimination at work or in interactions with the police. But there are day-to-day indignities that chip away at the well-being of populations of color: How often do people act as if you are not smart? How often do people act as if they are afraid of you?

We found what we call in scientific research a “dose-response relationship” between the number of stressors individuals score high on and the number of depressive symptoms. So the more domains of stress you are high on, the higher are your levels of depressive symptoms. So reports of discrimination are linked to worse mental health, and also linked to lower levels of engagement with the health care system. People who score high on the everyday discrimination [scale] are less likely to follow through on the recommendations from their [health care] provider in terms of screening and follow-up tests.

A review of studies of discrimination and sleep found that in every single study, no exception, discrimination was associated with poorer sleep, both in quantity and in quality. We also see higher levels of everyday discrimination linked to increased obesity. We see it linked to a broad range of health outcomes … incident diabetes, incident cardiovascular disease, incident breast cancer … as well as a range of other underlying indicators of chronic disease, such as inflammation. So the evidence is clear: These little indignities add up and take a toll on individuals.

GAZETTE: One key revelation is that while income and education levels are influential drivers of health for every racial group, they provide less of a buffer from the negative effects of discrimination for Black people.

GAZETTE: Aside from stopping these police killings and eliminating racism, what steps can individuals take today to protect their own mental and physical health?

WILLIAMS: What research shows quite compellingly is that the quality of social relationships can have a huge impact in reducing the negative effects of discrimination and of other types of stressful experiences. One study looked at African American teenagers at ages 16, 17, and 18 and measured the discrimination that those adolescents reported. Those kids who [scored] consistently high on reported discrimination at 16, 17, and 18 had higher levels of stress hormones — cortisol, epinephrine, norepinephrine — higher levels of inflammation (C-reactive protein), higher BMI [Body Mass Index], and higher blood pressure by age 20, not age 30 or 40. However, that association is completely erased, it’s not evident, among those teens who had good, supportive relationships with their parents, their teachers, and their peers. So the quality of social ties seems to be an effective strategy to reduce all or at least some of the negative effects of discrimination. Building that sense of community is important.

Another resource that’s particularly powerful in the African American community is religion: A national study of Black Americans found that higher levels of religious engagement, as measured by church attendance, by greater supportive contact with members of their religious community, and by “seeking God’s guidance in their everyday life,” those three religious strategies, reduced the negative effects of exposure to racial discrimination on mental health.

Another example [comes from] a study done among First Nation communities in Canada, indigenous communities. As a group, this population had some of the highest rates of youth suicide in the world. But researchers were struck by the fact that half of the almost 200 communities had no suicides at all in the previous five years. What they found was that those communities that were involved in challenging the federal government of Canada over treaty rights, over control of their public services (their schools, health care, etc.), and that had places in the community where their traditions were celebrated, had lower rates of suicide. Each of those indicators — of protest, advocacy, and empowerment — was associated with the lower rates of suicide. It suggests that being engaged and fighting for one’s future and trying to make a difference is actually a resource that is protective for at least some mental health outcomes.

Interview has been edited for clarity and length.