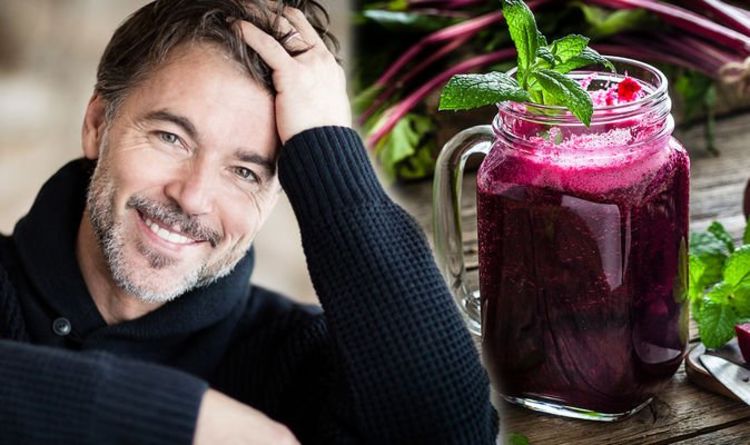 ‘You are what you eat’ is a statement that is even more pertinent when it comes to longevity and a reduction in risks of serious diseases. By including a certain drink, a multitude of healthy outcomes will ensue. Numerous studies and research have proven drinking a certain nitrate-rich juice will help to boost longevity.

A study published in the National Library of Health looked at the vascular effects of dietary nitrate found in beetroots.

Dietary nitrate has been demonstrated to have a range of beneficial vascular effects, including reducing blood pressure, inhibiting platelet aggregation, preserving or improving endothelial dysfunction, enhancing exercise performance in healthy individuals and patients with peripheral arterial disease, began the study.

It added: “Mediterranean and Japanese traditional diets are generally regarded as healthy. Both are associated with a low incidence of cardiovascular disease and longevity.

“These diets share several similarities in that both are high in fruit and vegetables, fish and low in red meat. A key beneficial common component may be the high dietary nitrate content.

“Studies have demonstrated that red beet/beetroot extract has protective effects in various cancer cell lines, such as prostate and breast, liver, lung, oesophagus and skin.

“These effects of beetroot (juice) have generally been ascribed to betanin, the major betacyanin constituent, which has strong antioxidant activity, and is particularly high in beta lain extracts obtained from hairy root cultures of the red beetroot.

“Beetroot may represent a particularly safe source of dietary nitrate, with the potential to reduce, rather than increase cancer risk. Indeed, beetroot juice has even achieved a considerable degree of acceptance as an alternative medicine for cancer patients.

“However, the mechanisms require further clarification.”

It is imperative to eat less saturated fat, sugar and salt.

“Too much saturated fat can increase the amount of cholesterol in the blood, which increases your risk of developing heart disease,” warns the NHS.

Saturated fat is the kind of fat found in butter, lard, ghee, fatty meats and cheese.

Eating a diet high in saturated fat is associated with raised levels of LDL cholesterol, commonly dubbed the “bad” cholesterol.

This is a waxy substance that can clog up your arteries, thereby raising your risk of heart disease.

“Eating too much salt can raise your blood pressure, which increases your risk of getting heart disease or having a stroke,” adds the NHS.