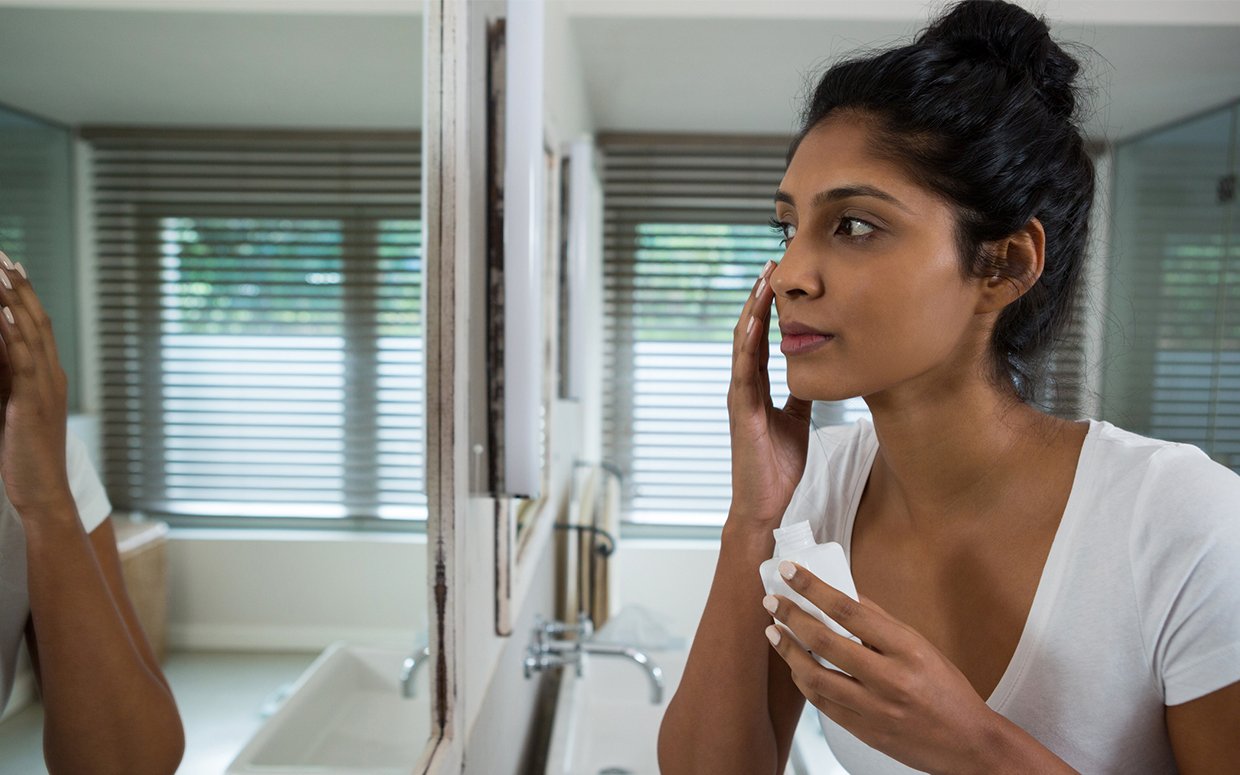 Acne scars are a constant reminder of a zit that had its moment and wanted to continue stealing the spotlight. Even if they have been around a while, there’s still a lot that can be done to get rid of them.

Parade.com connected with a few dermatologists to find out what constitutes an acne scar and how to treat them.

Inflammation in the skin at the site of red acne bumps tends to lead to acne scars, says Dr. Jennifer MacGregor, a dermatologist from New York. On the flip side, blackheads and whiteheads rarely lead to scars.

“The most severe or ‘cystic’ acne tends to cause more significant permanent scarring. The deeper the scar, or depression in the skin, the harder it is to treat,” MacGregor says.

Acne scars fall into two categories, in general. A loss of tissue refers to an atrophic scar, while a hypertrophic acne scar is one that has been caused by too much tissue, says Dr. Deborah Jaliman, a dermatologist from New York.

People with darker skin may have dark spots or pigmented scars that can persist at the site of a former blemish, while those with more fair complexions have acne scars that show up as bright red spots.

Those with darker skin generally have a more difficult time treating acne scars because they might deal with more discoloration or hyperpigmentation, Jaliman adds.

As we age, acne scarring can become worse due to sun damage, as well as the loss of collagen and elastin, MacGregor says.

And if you’re a pimple-popper, you are likely to have worse scarring. “Those who pick their scars or regularly squeeze large pimples have the absolute worst scarring, often times with permanent, sharp or jagged depressions that can occur in the shape of a fingernail,” MacGregor adds.

How to prevent acne scars

“Get an effective, individualized acne regimen from a board-certified dermatologist rather than a skin care salesperson looking to sell expensive products,” MacGregor advises. “Once a scar forms, as implied in the name ‘scar’, it is permanent and can’t be 100 percent removed.”

“Anything that creates a protective barrier on the skin’s surface to lock in moisture to help protect skin while it heals will help lessen the chances of a noticeable scar.”

Luckily, there are many treatments that can dramatically blend and smooth the scars. Glycolic cleansers or home peel pads can provide gentle exfoliation, while products containing antioxidants (vitamin C), broad-spectrum mineral sunscreen and a nighttime retinoid can also reduce the appearance of scars. Retinol or RetinA may stimulate collagen and smooth out deeper depressed scars.

Scars that are depressed, indented or raised bumps usually do not resolve without treatment, noted Dr. Lauren Fine, a dermatologist from Chicago. “Skin discoloration or redness without texture change will often fade over time, but one should seek medical help if they want to speed up the process.”

Related: Everything You Need to Know About Retinol Alternatives—Including 5 That Dermatologists Recommend

It’s important to see a dermatologist in general, especially if you want to try a treatment. Sometimes, what you think is a pimple, acne or scar may turn out to be another inflammatory skin disorder or even skin cancer, MacGregor notes.

Vascular lasers such as a pulsed dye or KTP laser (the KTP stands for potassium titanyl phosphate) can fade red marks, while clear and brilliant and fraxel lasers and topical medications can fade brown spots. To stimulate collagen and fill in depressions, resurfacing lasers and radiofrequency microneedling devices can be used successfully after a series of three to six treatments. Injectable fillers can also be used on deep scars.

“It works by killing the bacteria that causes acne and by keeping the skin pores clean. Azelaic acid prevents discolored skin cells from developing,” Jaliman said.

Also, use products with antioxidants, vitamins and fruit enzymes. At-home microneedling devices can also reduce scars and acne marks, as well as firm skin. Just be careful not to use them during a breakout because it can irritate skin.

Fine says a dermatologist can recommend creams and medications to lighten dark or red spots.

Retinols and their prescription counterpart retinoids like tretinoin and adapaene can aid in cell turnover which can make spots fade faster.  Ingredients like hydroquinone, kojic acid, glycolic acid, lactic acid, arbutin, and vitamin C can also be effective in lightening brown spots. Niacinaminde and other forms of vitamin B can reduce redness. Chemical peels can reduce discoloration as well, Fine says.

“Once scars form, there is almost always something we can do to improve the look of them,” MacGregor says.

“Scars are most amenable to treatment when treated as soon as possible,” Fine adds. “But that being said, even decades-old scars can often be improved with the right treatment.”

Does collagen powder really help your skin? Read what the experts have to say.