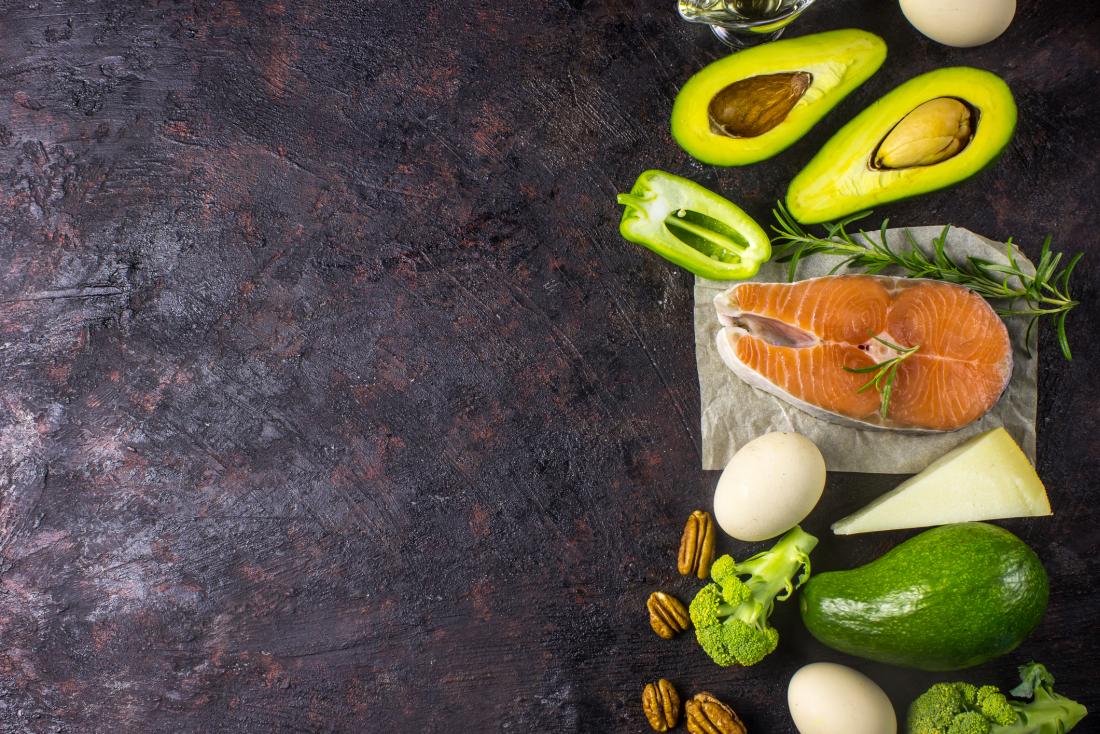 The ketogenic diet restricts carbs to a minimum.

The ketogenic diet consists of high fat foods, foods that contain an adequate amount of protein, and a very low amount of carbohydrates.

Normally, the human body gets its main source of energy (sugar) from carbs.

However, the ketogenic diet deprives the body of glucose, inducing a state of “ketosis.”

During ketosis, the body is forced to break down stored fat instead of sugar to produce an alternative source of energy.

The ketogenic, or “keto,” diet has been around for centuries. Traditionally, some have used it as a therapy for conditions such as diabetes and epilepsy.

Newer studies have started to examine the therapeutic potential of the keto diet for other conditions, such as cancer, polycystic ovary syndrome, and Alzheimer’s disease.

For instance, recent research has suggested that the keto diet could complement standard cancer therapies such as chemotherapy and radiation therapy.

The diet could boost the power of conventional cancer treatment by selectively inducing metabolic oxidative stress in cancer cells, but not in normal ones.

Other studies have also suggested that certain cancers are heavily reliant on glucose for energy. So, restricting cancer cells’ access to sugar may be a valid way of sensitizing them to chemotherapy.

New research explores the keto diet as a potential avenue for cancer treatment. Jung-Whan Kim, an assistant professor of biological sciences at the University of Texas at Dallas, is the corresponding author of the new study.

Using a mouse model of lung and esophageal cancer, Kim and colleagues restricted the rodents’ levels of circulating glucose by feeding them a ketogenic diet and administering them a diabetes drug that stops the kidneys from reabsorbing blood sugar.

The researchers have published their paper in the journal Cell Reports. Meng-Hsiung Hsieh is the first author.

Kim and his team have previously shown that a cancer type called squamous cell carcinoma (SCC) relies a lot more on glucose to sustain its “antioxidative capacity and survival” than other types of cancer, such as lung adenocarcinoma.

So, in the new study, the team reasoned that restricting glucose would make SCC more vulnerable to treatment. They fed mice with xenograft tumors either a ketogenic diet consisting of 0.1% carbs or a normal chow diet.

“Both the ketogenic diet and the pharmacological restriction of blood glucose by themselves inhibited the further growth of [SCC] tumors in mice with lung cancer,” says Kim.

“While these interventions did not shrink the tumors, they did keep them from progressing, which suggests this type of cancer might be vulnerable to glucose restriction,” he adds.

However, the glucose restriction did not affect other, non-SCC tumors. “Our results suggest that this approach is cancer cell type specific. We cannot generalize to all types of cancer,” Kim says.

“The key finding of our new study in mice is that a ketogenic diet alone does have some tumor growth inhibitory effect in [SCC] […]. When we combined this with the diabetes drug and chemotherapy, it was even more effective.”

The researchers also studied blood sugar levels in samples from 192 people with SCC of the lung or esophagus. They then compared them with those from 120 people with lung adenocarcinoma.

“Surprisingly,” says Kim, “we found a robust correlation between higher blood glucose concentration and worse survival among [people] with [SCC].”

“We found no such correlation among the lung adenocarcinoma patients. This is an important observation that further implicates the potential efficacy of glucose restriction in attenuating [SCC] growth,” he adds.

Although the authors recognize that this study was preclinical and that more extensive research is necessary, the findings, they say, point to a “paradigm shift” in cancer treatment.

“Manipulating host glucose levels would be a new strategy that is different from just trying to kill cancer cells directly,” Kim says.

“I believe this is part of a paradigm shift from targeting cancer cells themselves. Immunotherapy is a good example of this, where the human immune system is activated to go after cancer cells.”

“Maybe we can manipulate our own biological system a little bit or activate something we already have in place in order to more effectively combat cancer,” he concludes.