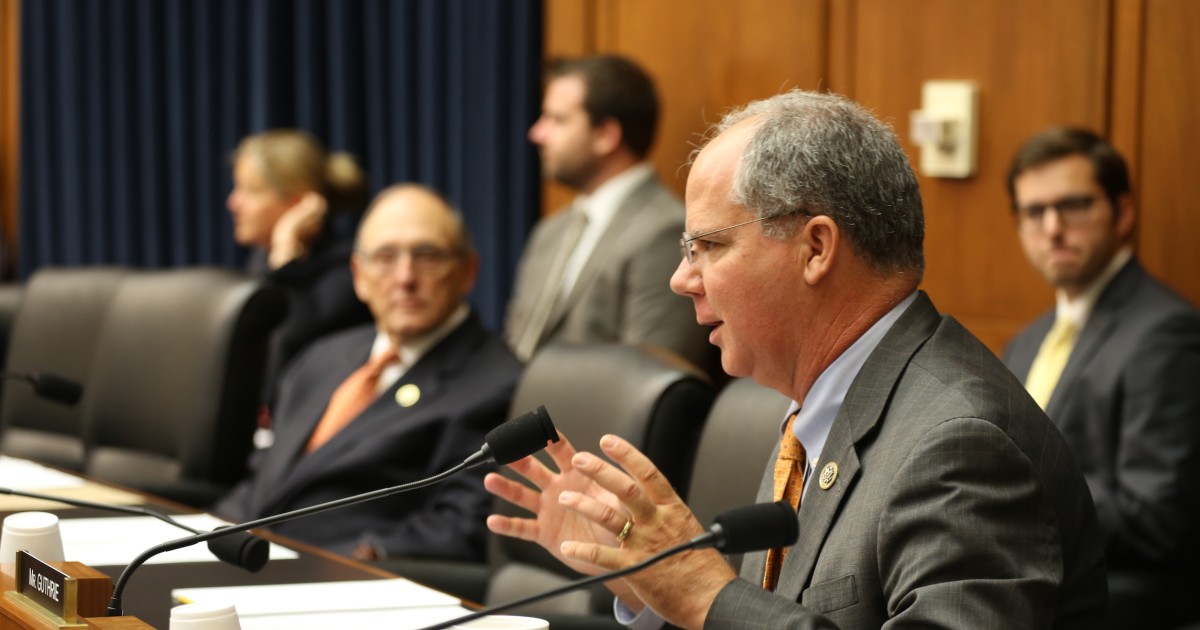 Comprehensive healthcare reform bills labeled as cure-alls for systemic flaws, he told the Washington Examiner, are not the answer. Instead, he expects more success for narrowly focused legislation that gradually mends deficiencies in the healthcare system.

Guthrie, the top Republican on the House Energy and Commerce Committee’s Oversight and Investigations Subcommittee and a member of the health subcommittee, has years of experience analyzing economic and healthcare policy.

As a Kentucky state senator from 1999 to 2008, Guthrie focused on the state’s budget and all of the programs it includes, from infrastructure to Medicaid. Before entering politics, he studied mathematical economics at West Point and served in the Army from 1987 to 1990. He then earned a master’s degree from Yale University in public and private management in 1997.

Perhaps the origin of his interest in business and economics, though, was in watching his father build his own aluminum casting business from the ground up after the Ford manufacturing plant closure left him without a job. Guthrie worked with his father after serving in the Army, and the Bowling Green, Kentucky-based company, is still going to this day.

When he won a seat in the House 10 years ago, Guthrie decided he wanted a seat on the Energy and Commerce Committee based on his experience.

“I talked to my wife, and I said, ‘Well, I’ve always worried about budgets, deficits, military, all from my West Point days, so this is my chance to serve,'” Guthrie said.

Guthrie has since delved into the debate about Medicare and Medicaid reform. For instance, he advocates for capping out-of-pocket Medicare Part D costs, which he said would be a huge step forward in lowering people’s out-of-pocket costs for their prescription drugs.

“Most people have an out-of-pocket cap with their health insurance, but in Medicare Part D, there’s not,” Guthrie told the Washington Examiner. “So if you’re getting several tens of thousands of dollars of chemotherapy … it’s still expensive to you. If we could cap out-of-pocket costs, that would go a long way in solving these problems.”

Guthrie said wide-ranging bills, such as House Speaker Nancy Pelosi’s Lower Drug Costs Now Act, H.R. 3, which includes a provision to cap out-of-pocket costs of prescription drugs for Medicare enrollees at $ 2,000, does not have a chance of passing.

Guthrie noted that Pelosi’s bill would, at the margin, lead to less production of innovative and possibly life-saving drugs, as projected by the nonpartisan Congressional Budget Office.

The better approach, Guthrie said, would be to “take a big piece of the drug price issue and fix it on something that’s already bipartisan. And the question would be whether Speaker Pelosi would ever bring it to the floor.”

Congress shouldn’t aim to reform the drug pricing system in a single bill, he said, especially if the bill stifles the creation of groundbreaking medical treatments. Establishing a Medicare Part D cap that “pushes downward pressure on prices” would be a good place to start, and he is sure the measure has enough support on the floor to pass.

He added that President Trump could prompt swift congressional action to introduce drug pricing legislation if he were to “use his megaphone,” saying Trump can tell all Americans over 65 they will have lower drug prices or at least a cap on out-of-pocket costs. “[Congress] would have to bring something to the floor … and he could shame them into doing it because it’s the right thing to do.”

“I would hate to face every senior 65 and older when I go around my district talking about drug pricing and not take that vote if it’s there to take,” Guthrie said. “And I think the president could do a very good job highlighting that.”