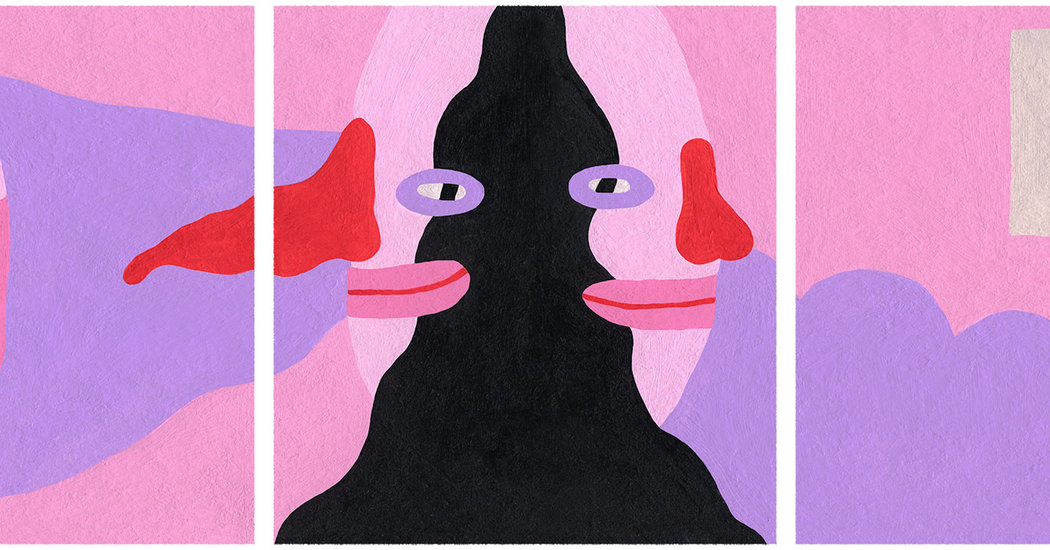 You could say I was primed to be a witch from an early age.

My grandma Trudy used to tell us that she had “healing hands.” According to family lore, she once saved the life of a dying horse that, after she pressed her palms to its flank, stood up and trotted happily away. While I can’t vouch for the veracity of that tale, I do know that a touch on the forehead from her would always make my headaches vanish.

Trudy was a librarian at a library in central New Jersey, where I spent many a childhood afternoon pawing through the low end of the Dewey Decimal System, where books on the paranormal and other oddities are kept. I’d thrill as I read about the alleged mystical energy of the Egyptian pyramids and swoon over the entries on witchcraft in “Man, Myth, and Magic,” a 24-volume “Encyclopedia of the Supernatural.”

My favorite novel was “Wise Child” by Monica Furlong, a story about an orphan girl who gets taken in by a kind witch named Juniper, who teaches her magic and loves her like a mother might. The villagers come to them in secret whenever they need healing, but in public, Juniper and Wise Child are shunned.

Witches, I learned from the book, are complicated creatures: sources of great comfort and great terror.

As I approached my teen years, I was beginning to feel like a complicated creature myself. I’d developed an affinity for poetry and purple eye shadow — my own special brand of popularity repellent.

But my interest in magic remained a largely private, solitary pursuit. I wasn’t ashamed of it, exactly. My discretion arose from an urge to protect one of the few things that was mine alone. When you’re a weird kid, you learn to put guardrails around the things you love.

Still I followed the trail of literary bread crumbs further into the witch’s wood. It led me to a place where magic was something that could be done, not just read about.

I would often coax my parents to drive me to towns many miles away, where there were shops with names like Red Bank’s Magical Rocks or Mystickal Tymes. This was where I could find precious artifacts like old “Sandman” comics and bootleg CDs of my musical holy trinity, Tori Amos, Björk, and PJ Harvey — artists who wove references to goddesses and Pagan rites throughout howling hymns to female sexuality.

I scored my first set of tarot cards there, called the Sacred Rose deck, which contained mysterious symbols that were drawn to look like medieval stained glass.

Sign up here to receive Wait —, a newsletter that brings you stories about money, power, sex and scrunchies.

Most of my early spells were focused on boys I had crushes on, desperately hoping to make them love me back. (These spells usually called for ingredients like rose petals or fresh cinnamon, but I’d often improvise with whatever I found around the house, such as Sweet’N Low.)

I eventually started doing occasional castings (that’s witch shorthand for casting a spell) for a few trusted friends who were pining for people who may or may not have been pining for them too.

There was the spell I did for Rebecca, my older sister’s friend, who was hiding in my room during a house party, lusting after some guy who was downstairs. I lit some candles and did some incantations: “Oh kindle the fire of his heart!” I chanted, while trying not to kindle the fire of my suburban bedroom.

Then I sprinkled her with some “love powder” that I’d bought at a New Age shop and sent her on her way. They made out an hour later.

There was the time that my best friend Molly was going to be hanging out alone with a boy she liked. She was pretty nervous, and I was nervous for her. She and Tom were both on the shy side, so it was anyone’s guess who would make the first move, if it happened at all. She was going to need magical intervention.

I did a spell.

I started by trying to telepathically send Molly a message of bravery and held an image in my mind of them kissing. I paced the upstairs hallway of my house, back and forth, back and forth, chanting, gathering energy, feeling a sort of furry electricity running up and down my arms and threw my hands, until — astonishingly — there was a shudder of lightning and a loud crack of thunder.

I couldn’t believe it. Was it a coincidence? Or had I somehow summoned it? I still don’t know.

A phone call from Molly later that night confirmed what I thought must be true: yes, they had kissed. We compared notes on the times, and they lined up. The spell had worked.

As I got older, my witchcraft became less about trying to cause specific outcomes and more focused on helping me become a more purposeful and compassionate person. And while I still do rituals of the more traditional sort, my magic has become something I carry with me in all facets of my life.

I was doing magic at the day job I had for 14 years, where I got to oversee photography projects, and placed a figure of Artemis, the Greek goddess of the moon and female independence, in my cubicle.

On my altar at home, I keep a copy of the United States Constitution next to my candles and talismans, as a way of asking Spirit to protect our country from nefarious forces.

I’m doing magic when I march in the streets for causes I believe in. (The proliferation of “HEX THE PATRIARCHY” placards fills me with particularly witchly glee).

“Witch” is one of the words I now use to describe myself, but its meaning varies depending on context. At any given time, it can signify that I am a feminist; someone who celebrates freedom for all and who will fight against injustice; a person who values intuition and self-expression; or a kindred spirit with other people who favor the unconventional, the underground and the uncanny.

I use the word “witch” to signify both my Pagan spiritual beliefs — that nature is holy, thus the planet we live on and the bodies we live in are all sacred — and my role as a complex woman who speaks her mind, behavior that is still often met by society with judgment or disdain.

I’m a witch when I’m celebrating the change of the seasons with my coven sisters, as well as when I stand against the destruction of the environment. I’m a witch when I’m giving thanks to the sun, moon and stars, and when I’m working to subvert the corrosive narrative of sexism, racism, queer-phobia and xenophobia.

Like many such epithets, the word “witch” is loaded and coded. I’m thoughtful about how I use it because it is a word that carries weight, even as it liberates. Whether we’re speaking of literal witch hunts or metaphorical smears (just Google any female politician’s name alongside the word “witch” and you’ll see what I mean), it is a word that has been linked to centuries of misogyny and oppression.

In occult-speak, there is a term for a type of magic that I love: apotropaic. It describes workings or magical items that are administered to ward off evil. Sometimes specific jewelry is worn, like a piece of obsidian or other black stone; other times, reflective objects like mirrors are hung in home windows to reflect bad energies back out and away.

More often than not, the protective devices use aspects of the very terrors they are averting as part of their design, which is why gargoyles are often on the facades of buildings and Halloween masks are worn to scare off spooky spirits.

By embodying the things we think will hurt us, somehow we feel safer: a creepy costume, a scary statue, intentionally dreadful décor. Sometimes all it takes is an utterance, like addressing yourself with a monstrous name.

I may not be able to lay my hands on every suffering being and take away their pain the way my grandma Trudy seemed to. But by calling myself and my heroes witches, I’m shape-shifting a fearsome word into one that signifies strength, stewardship and a fierce, open heart.

And that is a love spell in itself.

Pam Grossman is the host of “The Witch Wave” podcast and the author of “Waking the Witch: Reflections on Women, Magic, and Power,” from which this essay is adapted.

Rites of Passage is a weekly-ish column from Styles and The Times Gender Initiative. For information on how to submit an essay, click here. ​To read past essays, check out this page.