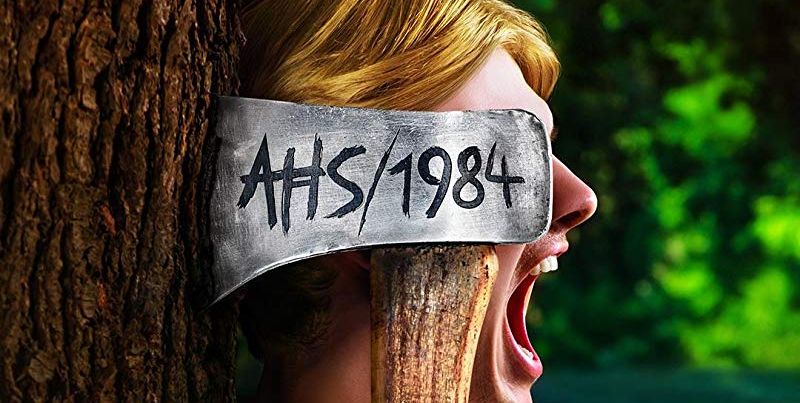 Music has always been a big part of American Horror Story (remember the Name Game song?), and this new season will be no different. American Horror Story: 1984 takes place in the mid-1980s, so fans can expect a number of ’80s classics to be featured during the season. 1984 also features a ’80s-themed intro and theme song.

“It’s an interesting show for me, because every season we’re trying to reinvent the music and yet it’s still American Horror Story,” Quayle said. “There are some rules: Don’t use any sounds that we’ve used before and try to give each season its own identity; and yet still have some things we need for the show to be scary and creepy and weird.”

AHS: 1984 features a ’80s themed intro and credits scene, and the theme song that fans have grown to know and love is remixed with the sounds of ’80s glam rock and deep synth tones.

Here’s our season-long running list of the songs featured in American Horror Story: 1984.

Episode 7: The Lady in White

Patti Smith – “Because the Night (Remastered)”

Raw Soul Express – “Get On Up And Get Freaky”

Chicago – “If You Leave Me Now”

The Pointer Sisters – “Jump (For My Love)”

Frank Stallone – “Far From Over”