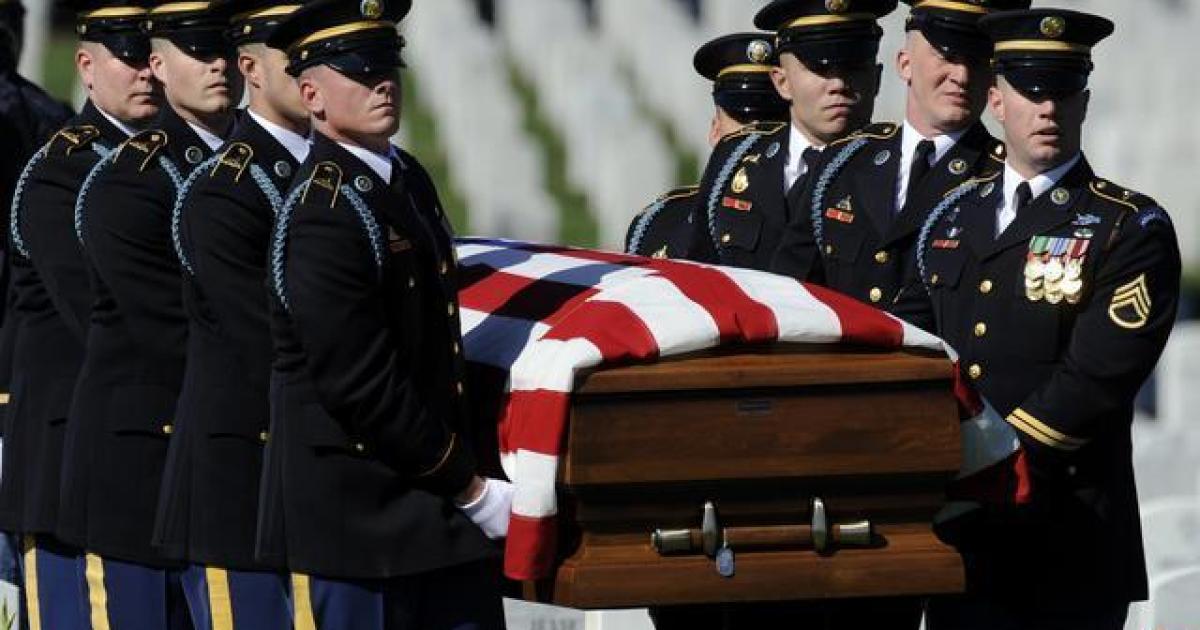 Flag Day is a holiday frequently overlooked, but as a military spouse, I have a unique perspective of this special day and its connection to the U.S. armed forces.

I am an Air Force wife. June 14 is, to me, a symbol of our American heritage and the struggles that many have overcome and are still fighting to overcome. It also offers a reminder of those who have fought bravely for our country. Old Glory stands to remind us of where we have come from and how we have been stitched together and unified through common pursuits. Hundreds of thousands have died for our country in wars or through advancing rights for all.

The flag is also one of the last honors afforded to those who served our country when they pass from this earth. Caskets are draped in the hues of a nation grateful for their sacrifice, and this flag is presented to loved ones in a small triangular fold, serving as a reminder for this precious and devastating sacrifice. Frequently, people envision those draped caskets as those who have been killed in action from overseas wars, but more often than not, they are now from those who have taken their own lives.

My Air Force husband struggles with suicidal ideation and depression. He has been through the military mental health system, and when the appropriate care was not given, he went off-base to find the support he needed. We were fortunate enough to be able to afford the out-of-pocket costs. Others are often not so fortunate. As a wife, I have walked that path with him, but on hard days, I am haunted by images of flag-draped coffins. Knowing how many spouses have been in that place, I am constantly aware that I could be one of them. I hope so very much that I will not.

There were 541 flag-draped coffins in 2018 due to suicides by active-duty, reserve, and National Guard service members. That is a heart-wrenching figure, leaving 541 families with an empty seat at the table and thousands more without a friend. The flag, which is so diverse and hopeful in what it stands for, offers too little solace when it is offered to the bereaved. Those figures are even higher for veterans and their families, with 6,149 veterans taking their lives in 2017. More than 45,000 military and veterans have taken their lives in the last six years. From 2003 to 2015, 4,839 active-duty members died by suicide, compared to 4,496 military members lost in Iraq during that same time period. Suicide, rather than war, had become the bigger killer.

Military mental health must reform so that fewer families have to bear their loved ones taking their lives. Service members are required to be seen on base by mental health. Due to less confidentiality than what is allowed in the civilian sector, many troops choose their career over mental healthcare. Military insurance does not pay for off-base care unless referred by a military provider, and those referrals are only allowed under certain circumstances. Members need adequate and confidential access to care with reduced barriers and stigma, including off-base counseling. They also need continuity of care in their journey to heal. Families need appropriate support, as well. Families, especially spouses, are frequently on the front lines in these fights. And it is hard.

I believe that supporting troops and their families better in the mental health area is beneficial to the military, its members, and their families. Those who battle and who have overcome mental illness are our brothers and sisters. They bring a unique perspective, a new level of empathy, and a viewpoint that is often lacking in a warrior ethos. If the military provides access to the tools necessary to get these members back in the fight, the armed forces will be stronger than ever.

I hope that, in the future, there are no military suicides, no flag-draped caskets due to suicide, and our armed forces are made stronger and better because these urgently needed changes are made. We owe it to those who are struggling to let them know they are not alone in this fight. Our country will be much better off supporting and helping service members instead of offering a flag to their surviving families.

Aleha Landry is an Air Force wife, mother of four, and freelance writer stationed in Colorado.