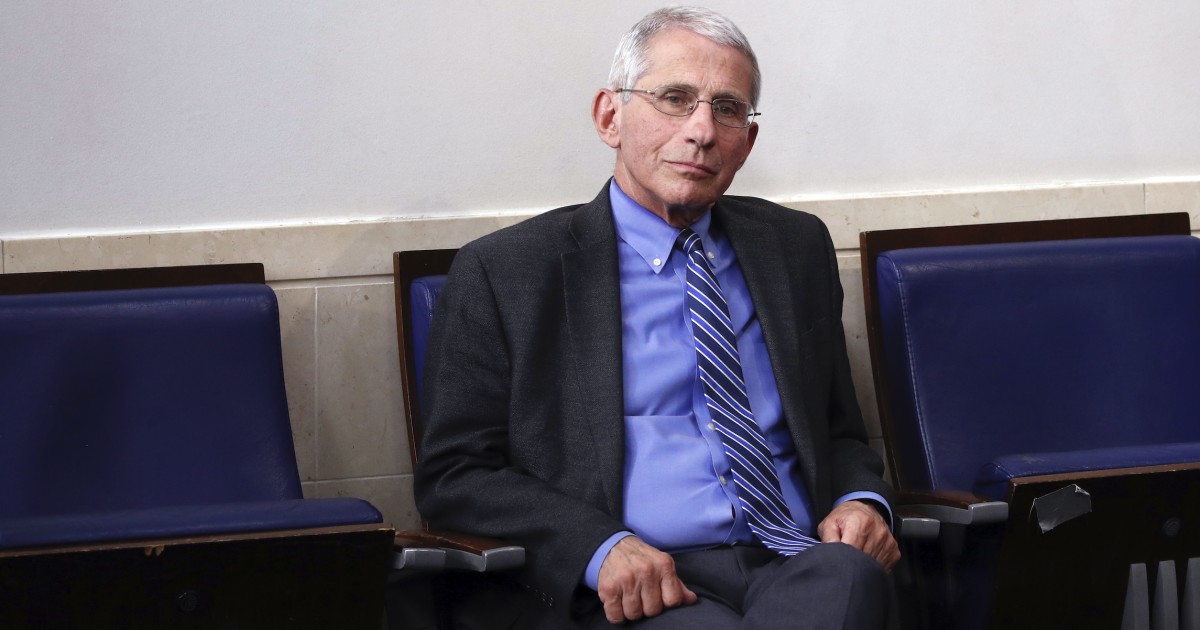 Credibility is an essential component of any successful public health campaign. As federal officials push for everyone to get vaccinated and avoid infection by the delta variant, they cannot afford to rely on those who have forfeited the public trust. For that reason, it is time to fire Anthony Fauci, the director of the National Institute of Allergy and Infectious Diseases.

Fauci’s flexibility with the truth surfaced early in the COVID-19 pandemic when he first advised against mask-wearing as a precaution against the coronavirus. He later flip-flopped, calling for mandatory mask-wearing, and he had the temerity to become irritated with those who questioned his thinking. “We need to put that nonsense behind us about ‘well, they keep changing their minds,’” Fauci dismissively said of his own abrupt reversal. But it is not “nonsense” — it is both reasonable and necessary to demand answers when supposed experts change their minds abruptly about a fundamental and critical issue.

Fauci later admitted that he fudged the numbers on what percentage of the public would have to get vaccinated or infected before the country attained herd immunity. For months, he pinned that number at 60% to 70% in televised appearances. Then in December, he began moving the goalposts to 75%, then from 75% to 80%. Asked to justify this shift, Fauci said it was based on his “gut feeling” of what the country was ready to hear.

These two instances establish a pattern of behavior showing that Fauci believes he is justified in the paternalistic duping of the public for what he believes to be the greater good. Even this might be understandable, except that he has also been demonstrably untruthful in cases that have nothing to do with the common good.

Emails obtained through the Freedom of Information Act show that Fauci was a willing participant in a campaign to cover up the possibility that COVID-19 had originated in the Wuhan Institute of Virology.

“I just wanted to say a personal thank you on behalf of our staff and collaborators, for publicly standing up and stating that the scientific evidence supports a natural origin for COVID-19 from a bat-to-human spillover, not a lab release from the Wuhan Institute of Virology,” EcoHealth Alliance President Peter Daszak wrote to Fauci on April 18, 2020. Daszak would go on to organize a letter from 27 scientists from around the world “strongly” condemning the “conspiracy theories” suggesting that the coronavirus came from a Chinese lab.

Both Daszak and his collaborator Fauci had a significant personal stake in shutting down the debate about where COVID-19 came from.

In 2014, Fauci’s NIAID awarded Daszak’s EcoHealth Alliance a $ 3.7 million grant to study “the risk of future coronavirus emergence” in China. From that grant, $ 600,000 made it to the Wuhan Institute of Virology, the institution from which it is now believed that the coronavirus probably trickled out into the world.

For the longest time, Fauci adamantly insisted that there is no possibility that the research he funded had anything to do with the pandemic. But top health and science officials at the U.S. Embassy in Beijing clearly disagreed. In 2017, after these officials attended a conference in which research funded by the U.S. government into coronaviruses at the Wuhan Institute was presented, they asked the Chinese government for permission to inspect the lab. These officials later reported back that the lab suffered from “a serious shortage of appropriately trained technicians and investigators needed to safely operate this high-containment laboratory.” The lab in Wuhan was not an ideal partner for the U.S. government or any other institution that purports to endorse responsible scientific discovery.

We still do not know for sure where COVID-19 originated. What we do know is that a powerful and highly connected group of scientists tried to shut down investigations relevant to that debate. We know that Fauci is personally invested as a co-conspirator in that effort and that he has a history of bending the truth to suit his needs.

He cannot be trusted on COVID-19. It is time for him to go.