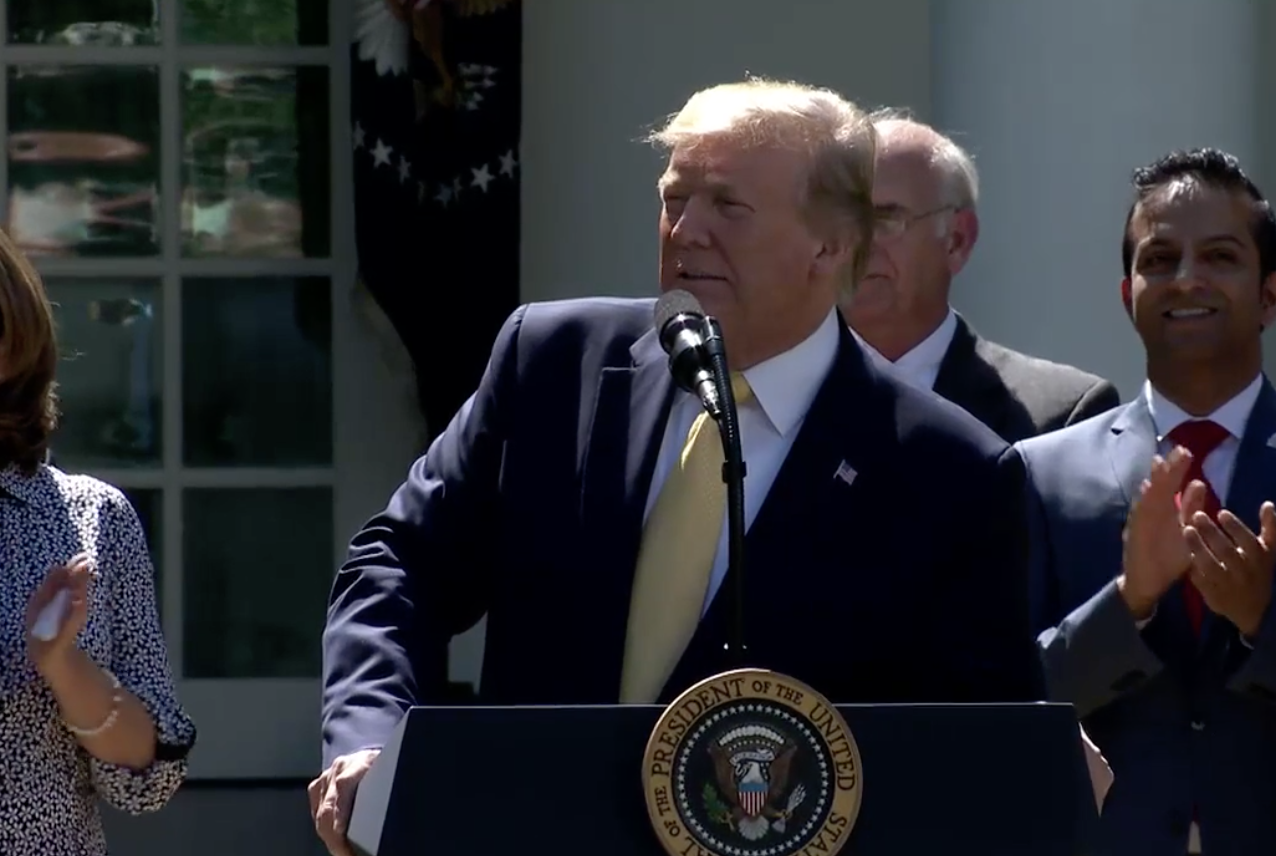 Drug pricing rhetoric has been quieted amid the COVID-19 pandemic and protests over racial justice, but President Donald Trump revived the topic on Friday. With four executive orders, the president pledged to lower prices through several previous policy proposals with months to go until the election.

While Trump’s executive orders ran into immediate pushback from the drug industry, they won’t affect pricing all that much, analysts wrote. The orders center on discounts for insulin and epinephrine, eliminating rebates, allowing importation and creating an index linking U.S. prices to those elsewhere.

But how the rules will be implemented remains “far from clear,” and the orders will likely be limited to federal healthcare programs, RBC Capital Markets analyst Randall Stanicky wrote in a note to clients. The president is set to meet with pharma executives on Tuesday to discuss drug pricing.

On the international pricing index, Trump gave the industry until August 24 to come up with an alternative solution, Piper Sandler analyst Christopher Raymond wrote. Raymond and his team suspect that a “plan aimed at lowering patients’ out-of-pocket expense (with a focus on the supply chain) is likely to emerge.”

The orders come after years of gridlock in Congress and as the president trails his challenger, former Vice President Joe Biden, in polls. But despite the new rhetoric, analysts don’t see a major threat to pharma’s pricing model from the Friday executive orders. While the headlines will continue, “we see little impact,” Stanicky wrote.

While “the announcement may have taken some investors by surprise, none of these ideas put forth are new, or in fact any more implementable than before, especially without congressional action,” Raymond wrote in a separate note.

Further, the proposals will take several months to finalize and some might never be implemented, Los Angeles Times reporter Noam Levey wrote. Peter Maybarduk, Public Citizen’s access to medicines director, agreed with the assessment, saying in a statement that there’s “very little chance any of these measures will be implemented this year.” Despite Trump’s “bombastic bluster,” he has failed to address high drug prices, Maybarduk added.

Still, the pharmaceutical industry trade group PhRMA pushed back against the orders. The group’s CEO Stephen Ubl called the orders a “reckless distraction that impedes our ability to respond to the current pandemic—and those we could face in the future.”

“The president’s attempt to open our country up to socialized healthcare sets America, our economic recovery and scientific progress back at a time when we need them most,” he added.

RELATED: Who’s toughest on drug prices? Watch Trump and his 2020 challengers wrestle for the title

The Wall Street Journal’s editorial board also panned the moves, dubbing them a costly reaction to bad poll numbers. In an op-ed, the board highlighted “practical and legal difficulties” with the plan and compared the orders with Biden’s healthcare proposals.