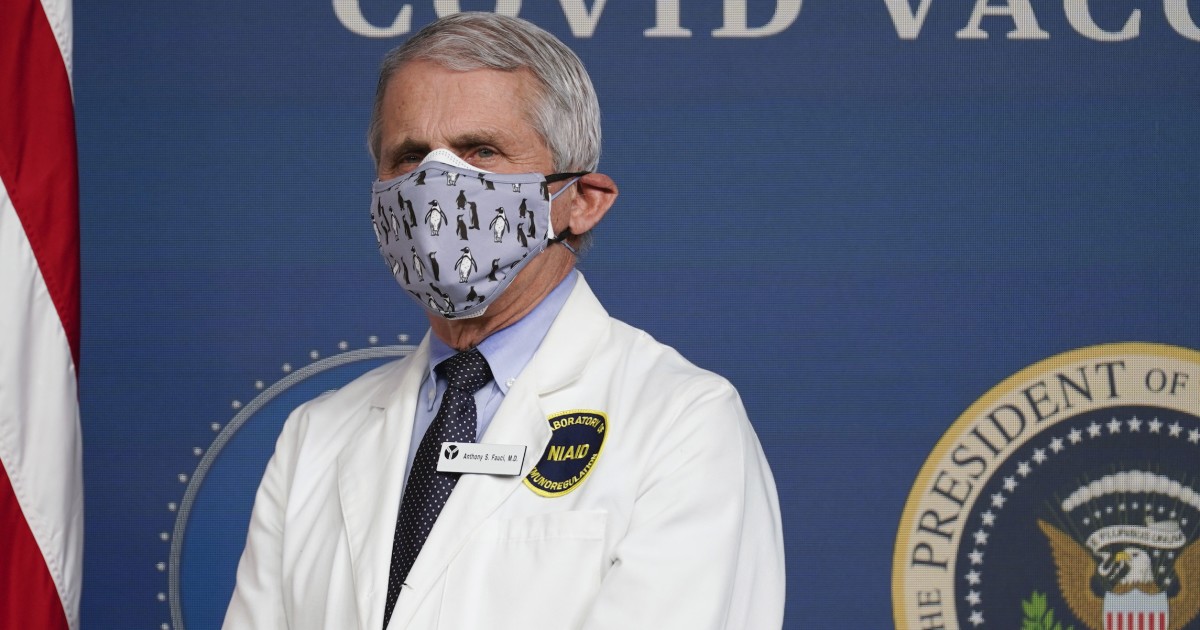 Dr. Anthony Fauci says he has not reviewed any U.S. intelligence on lab workers who allegedly got sick at the Wuhan Institute of Virology in autumn 2019, while he also continues to deny that the National Institutes of Health approved funding for gain-of-function research at the lab.

In a late June letter obtained by the Washington Examiner, Fauci replied that he supported President Joe Biden’s call for a U.S. intelligence investigation into COVID-19’s origins.

He also said that “we have also been working with a cross-regional coalition of 13 countries to urge the World Health Organization to begin the second phase of their study on the origins of COVID-19 without delay.”

Gallagher asked Fauci if he had scrutinized everything that the United States knows about the sick Wuhan lab researchers, including the information in a State Department fact sheet from January and all underlying intelligence. Fauci said he had not.

“I am aware of unconfirmed reports of illness in WIV personnel,” Fauci said. “I do not have in my possession, nor do I have access to, any of the non-public information, including the intelligence data, that address this point.”

“Moreover, if it’s true that the man in charge of our response to the pandemic didn’t have access to the relevant intelligence, that’s extremely troubling, and we need to find out why.”

A former Trump administration official told the Washington Examiner: “Dr. Fauci could easily request the underlying information as part of the Biden administration’s review of COVID origins. He should also provide his insights to the director of national intelligence review, including his view on COVID origins and WIV’s coronavirus research.”

The State Department fact sheet released in January stated Wuhan lab workers became sick with COVID-19-like symptoms in 2019, which called into question the truthfulness of the lab’s denials. The WHO-China report said Wuhan lab officials claimed “no unusual respiratory infections had been noted in the previous year” and that “no suspected or confirmed case of COVID-19 was seen by PCR and antibody testing of all staff was negative.”

David Asher, the former head of a State Department task force examining COVID-19’s origins, discussed the sick lab workers in March, saying: “There is a possibility it was influenza, but I’m very doubtful that three people in highly protected circumstances in a level three laboratory working on coronaviruses would all get sick with influenza that put them in a hospital or in severe conditions all in the same week, and it didn’t have anything with the coronavirus.”

Another former State Department official told the Washington Examiner: “I believe they were hospitalized. … If those people were sick — I think they were, we know they were — and the Wuhan Institute of Virology didn’t take any measure, then that is gross negligence. If they did take measures and they still lie about it, then it’s a cover-up.”

Last year, Fauci laughed off the possibility that the virus escaped from a lab. However, he has since changed his tune, saying that he never dismissed such a possibility. The U.S. intelligence community said at least one of its 18 agencies is leaning toward the lab leak hypothesis.

Gallagher also asked Fauci how much U.S. government funding went to the Wuhan lab and whether U.S. funding was going to the lab during a U.S. moratorium on gain-of-function research from 2014 to 2017.

Fauci replied that the National Institute of Allergy and Infectious Diseases “supported coronavirus research conducted by WIV under a sub-award from EcoHealth Alliance from fiscal years 2015 through 2019” and the agency’s “funding for the coronavirus research at WIV totaled approximately $ 600,000 over the five-year period.” He contended that “no NIAID funding was approved to support gain-of-function research at WIV as defined by United States Government criteria” and that the U.S.’s gain-of-function moratorium “did not apply to any of the NIAID-funded studies at WIV because the approved work did not propose to manipulate the viruses in a way that would increase their transmissibility of pathogenicity.” Fauci said, “Therefore, the research that NIAID approved EcoHealth to conduct with WIV did not meet the USG criteria for gain-of-function research.”

Richard Ebright, a professor of chemistry and chemical biology at Rutgers University, told the Washington Examiner in May that “the research was, unequivocally, gain of function research.”

The NIH’s RePORTER website said the agency has provided $ 15.2 million to Peter Daszak’s EcoHealth Alliance over the years, with $ 3.74 million provided toward understanding the risk of bat coronavirus emergence.

Gallagher also asked whether the possibility of a Wuhan lab leak raised questions about the wisdom of continuing to pursue gain-of-function research. Fauci replied that the NIH and the NIAID follow guidance from the Department of Health and Human Services.

Fauci testified in May that it would have been “almost a dereliction of our duty” if the NIH had not worked with China to study coronaviruses.

When Gallagher asked the NIAID director if the “lack of transparency” on COVID-19’s origins should lead to the U.S. reconsidering its relationship with China’s scientific community, Fauci continued to defend such partnerships, saying that “scientific exchange is key to our domestic security and global competitiveness in the face of pandemic threats.”