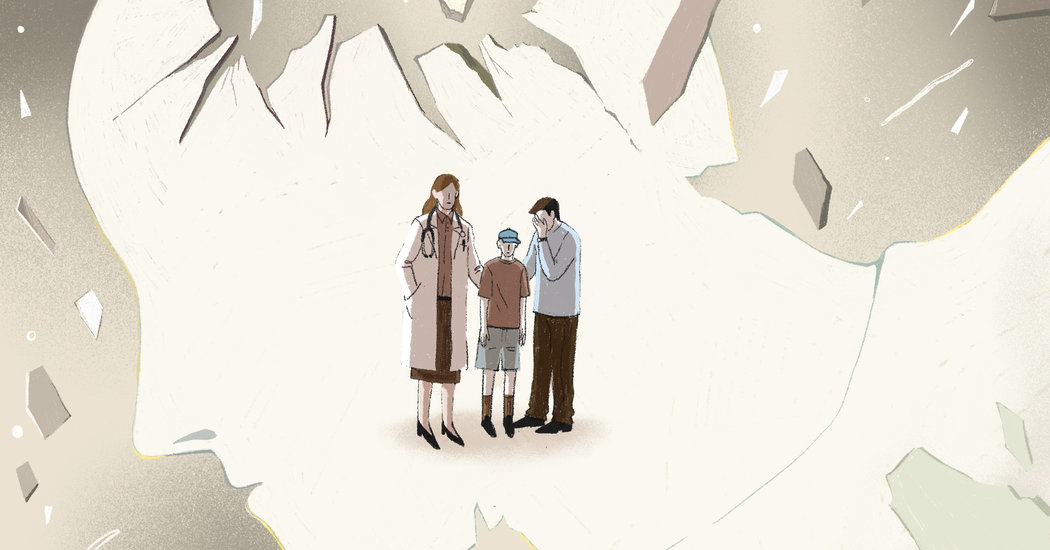 The bullet hole in the teenager’s forehead was so small, it belied the damage already done to his brain. The injury was fatal. We knew this the moment he arrived in the emergency room. Days later, his body was being kept alive in the intensive care unit despite an exam showing that he was brain-dead and no blood was flowing to his brain. Eventually, all his organs failed and his heart stopped beating.

But the nurses continued to care for the boy and his family, knowing he was already dead but trying to help the family members with the agonizing process of accepting his death.

This scenario occurs all too frequently in the neurosurgical I.C.U. Doctors often delay the withdrawal of life-sustaining supports such as ventilators and IV drips, and nurses continue these treatments — adhering to protocols, yet feeling internal conflict. A lack of consensus or communication among doctors, nurses and families often makes these situations more difficult for all involved.

Brain death is stark and final. When the patient’s brain function has ceased, bodily death inevitably follows, no matter what we do. Continued interventions, painful as they may be, are necessarily of limited duration. We can keep a brain-dead patient’s body alive for a few days at the most before his heart stops for good.

Trickier and much more common is the middle ground of a neurologically devastating injury without brain death. Here, decisions can be more difficult, and electing to continue or to withdraw treatment much more problematic. Inconsistent communication and support between medical staff members and families plays a role. A new field, neuropalliative care, seeks to focus “on outcomes important to patients and families” and “to guide and support patients and families through complex choices involving immense uncertainty and intensely important outcomes of mind and body.”

Not long ago, my surgical partner performed late-night emergency surgery on a young woman who had also been shot in the head. This time, the bullet’s violent impact exploded her skull. It traversed both hemispheres of her brain, including her basal ganglia and thalamus (deep brain regions affecting consciousness). Injury to these areas has a dismal prognosis, as do penetrating injuries to both sides of the brain. But, unlike the first patient with a single bullet hole and no exit wound, the initial explosion decompressed her brain, accommodating swelling rather than producing dangerously high pressures as occurred in the first patient, which led to brain herniation and his death.

This young woman lay in her I.C.U. bed, breathing with the aid of a mechanical ventilator, turned by nurses every two hours, fed through a thin tube passed through her nose into her stomach: never conscious, never moving spontaneously, seemingly unaware of her surroundings. She was likely to remain this way for the rest of her life.

The treating physicians and nurses agreed on the patient’s prognosis, and on a consistent message everyone could support. We met with the family at the young woman’s bedside and later telephoned out-of-state family members. The I.C.U. director and I spoke about difficult medical decisions we’d had to make regarding our own family members, and we asked them what she might want, since they were representing her interests and acting on her behalf. I explained her injury and the likelihood that she would never recover: Together, family members and neuro-I.C.U. caregivers agreed to transition the woman to comfort care and let her die.

Two years ago, I too was on the family side of this situation after my brother-in-law Pat collapsed with a brain hemorrhage from a ruptured cerebral aneurysm. As the only physician in the family and Pat’s legally designated health care power of attorney, I made his medical decisions and communicated with the rest of his family, including his two sons, who were then 16 and 18 years old. This was all the more difficult because a year previously, his wife, my sister Victoria, had died of leukemia, leaving Pat as their children’s sole caregiver.

Pat was taken by ambulance to U.C.L.A. Medical Center in Westwood. Before flying to Los Angeles, I agreed to surgical clipping of his ruptured aneurysm. Technically, surgery went well, but Pat never regained consciousness. While never brain-dead, he remained deeply comatose. His neurosurgeon, Gregory Lekovic, was supportive: he and I discussed a timeline at our first meeting. He recommended giving Pat at least a week to improve. If he did not, Dr. Lekovic counseled us not to allow a tracheostomy and G-tube placement (permanent surgical routes for breathing and nutrition), and opt instead to withdraw treatment. This would be the clear stopping point. Dr. Lekovic and I worried it would be difficult to back off after those procedures had occurred.

Throughout the following week, Pat did not improve at all neurologically. Everyone hoped he was rallying. I felt like a wet blanket, continually challenging the other doctors’ enthusiasm. Understanding his condition and having legal authority to make decisions allowed me to keep a clear view of care objectives, but it didn’t make the situation easier on a personal level. Pat’s children had only begun coming to terms with losing their mother and were now confronting the possible loss of their father. But delaying this loss wouldn’t justify his continued existence without quality of life. He would have hated being comatose or severely impaired in a nursing home, unable to relate to his family or to care for his own basic needs such as eating or toileting, and had feared burdening his family.

The likelihood was that Pat would never regain consciousness. Yet on the morning we had planned to withdraw treatment, one of the neuro-I.C.U. specialists presented a scenario in which Pat might wake up, become able to walk with assistance and participate with his family. When pressed, the doctor admitted he was giving us the best possible outcome, rather than the most likely outcome.

Then Dr. Lekovic, speaking plainly, told us that for himself or his family member, he would make the decision to end treatment. He seemed genuinely sad. Doctors often think it is most important to be precise and not make mistakes; to predict the future with medical certainty. In my experience, connection and empathy are far more important than certainty. Patients and families want to know that you care about them and that you appreciate their pain in difficult circumstances.

My nephews appreciated the truth when I explained their father’s prognosis. While they were devastated at the prospect of losing him, honesty and inclusion in decision-making were important in helping them move forward with their lives.

Even with my training, I wondered if I was making the right decisions. Each affected family faces similar burdens. We all need better help wrestling with decisions in neurologically devastated patients, both through improved communication and the development of neuropalliative services.

Those of us in the medical profession cannot allow ourselves to focus on the short-term or allow care to be driven by procedures, losing sight of outcome and quality of life. We need to approach our patients and their families with open hearts, acknowledging their suffering and the uncertainty we all experience.

Joseph Stern is a neurosurgeon in Greensboro, N.C., who has written a memoir about the loss of his sister.