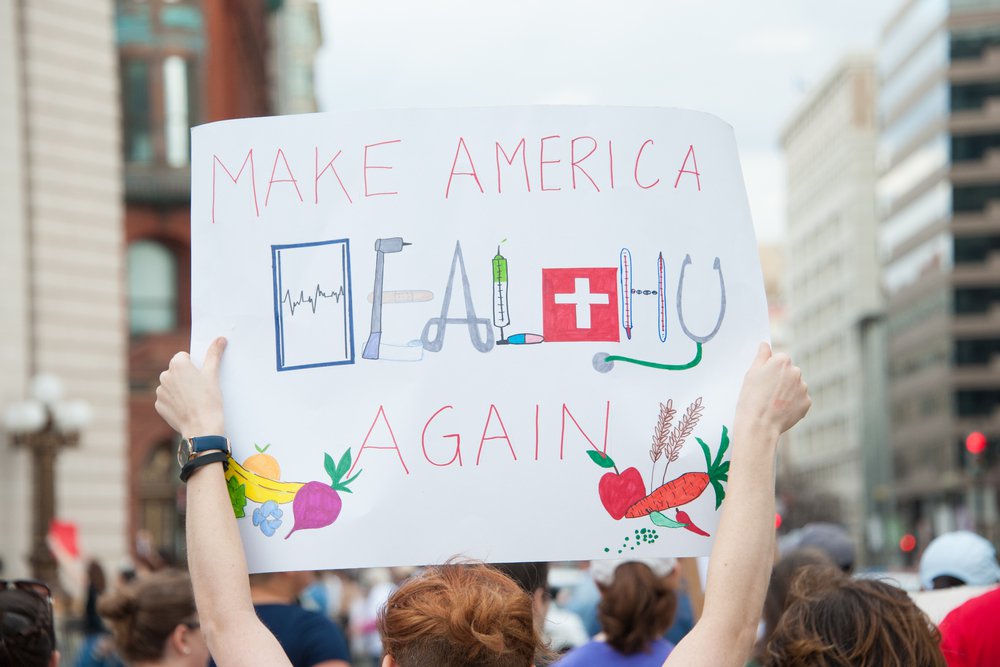 As the Democratic candidates for president continue to beat up each other on how best to achieve universal coverage (Medicare for all, a public option, closing the ACA’s coverage gaps), health care journalists keep wondering when President Trump will release his long-promised “phenomenal” plan to position the GOP as “the party of health care” for the 2020 election.

Skepticism is warranted over when or even if the administration will actually offer such plan (never mind whether it will be “phenomenal”) since it never did during the two years when the White House and then GOP-controlled Congress unsuccessfully sought to “repeal and replace” the ACA. The Trump administration currently is urging a federal appeals court to uphold a ruling by a Texas judge that the entire ACA is unconstitutional, without explaining what should replace it—repeal without a replacement. Polling also shows that President Trump starts with a very substantial disadvantage on health care: a recent ABC/Washington Post poll found that “Americans, by a 17-point margin, say his handling of health care makes them more likely to oppose than support him for a second term.”

Yet even without a formal plan, the administration’s approach is readily discernible from the things it has announced and is implementing. Democrats and their progressive allies might discover to their surprise that it may have more appeal to voters than they now anticipate. A Trump health care plan likely would look like this:

1. A promise to let individual Americans decide for themselves what kind of health care coverage they need and how much they want to spend on it, instead of “government bureaucrats” imposing an expensive plan on them. The administration can point to the changes it has made to offer people so-called short-term duration and association health plans, both of which are exempted from the “Obamacare’s” benefit mandates—which it will spin as Washington no longer forcing you to pay for coverage you don’t want or need.

2. It will promise that no one will be turned down for coverage for a pre-existing condition. But unlike the ACA, or Medicare for All, the administration will argue that government won’t dictate what the plans available to people with pre-existing conditions will cover—a 60-year man with Type 2 diabetes won’t be required to buy coverage for maternity care, for instance.

3. It will say that the Trump administration is doing more to reduce paperwork burdens on physicians and patients, through its Patients Over Paperwork initiative.

4. It will say that the President is leading the effort to drive down prescription drug prices and require hospitals to be transparent in their pricing of health care services.

5. It will point to its commitment to protect patients from the harms of tobacco and e-cigarettes, calling for much greater regulation than is usual for Republican administrations.

6. It will contrast its approach of trusting Americans to make their own choices over what it will say is the Democrat’s support for a complete government takeover. It will argue that whether the Democratic nominee supports Medicare for all plan with no private insurance, or a Medicare Choice/public option approach that keeps a role for private insurance, the result will be a government “take-over” of health care, higher taxes, fewer choices, longer waits, and poorer outcomes. (No matter that countries with publicly-funded care generally have better outcomes and lower costs than in the United States). Health insurers, drug manufacturers, and hospitals will eagerly reinforce such misleading scare tactics.

Critics will argue, correctly in my view, that the administration’s weakening of essential benefit and pre-existing protections, efforts to get a federal court to overturn the entire ACA, “conscience protections” that allow employers to opt-out of offering contraception and other needed services, treatment of immigrants, and it’s wholesale assault on women’s reproductive rights and health, denial of climate change, and unwillingness to confront the epidemic of gun violence, are anti-health and anti-patient. At the same time, the administration deserves credit for addressing the administrative burden on physicians, increasing regulation of tobacco, addressing high prescription drug costs, and increasing price transparency. Progressives and Democrats will make the case that Medicare for All, or a public option, will make care more affordable and accessible for most Americans, and they have plenty of evidence on their side.

Yet they would be foolish to underestimate the potential appeal of a Trump “health plan” that is framed, accurately or not, as a choice between you deciding what’s best for your health, or the government deciding for you.