Three judges on a US federal appeals court this week (Dec. 30) handed down a ruling clearing the maker of Diet Dr Pepper of accusations it tricks consumers into thinking its ‘diet’ drinks are associated with weight loss or weight management.

The ruling echoes a decision made by the same court in 2018, which cleared the Coca-Cola Company of similar claims. Both cases were brought forward by the same plaintiff, Shana Becerra, of Santa Rosa, California, who claimed she’d been drinking Diet Dr Pepper for 13 years and didn’t receive what she paid for—weight loss.

The case brought into question the power of an adjective: What, exactly, does the word ‘diet’ imply when used to describe a food?

According to the court opinion handed down this week, “the use of ‘diet’ in a soft drink’s brand name is understood as a relative claim about the calorie content of that soft drink compared to the same brand’s ‘regular’ (full-caloric) option.” In that, the court has the agreement of Merriam-Webster: As an adjective, the dictionary entry goes, the word ‘diet’ first suggests something is reduced in or free from calories. Secondly, it promotes weight loss.

But the labels placed on foods—sodas and otherwise—don’t merely exist in the context of the court. After the dismissals, large soda companies may feel shielded in courtrooms, but outside those halls they’ve faced another set of challenges that question the relationship between their products and consumers’ health.

The last decade was marked by the passage of several municipal soda tax initiatives, almost all of them based on the assumption that sweetened beverages have contributed to the rise of rates of obesity and type 2 diabetes. The companies have fought back—sometimes via sneaky tactics—but it didn’t stop Berkeley, San Francisco, Boulder, Philadelphia, and others from approving measures.

And in 2015, it was revealed by The New York Times that companies such as Coca-Cola have funded research, through a group called the Global Energy Balance Network, that has linked obesity more to lack of exercise than to the food and drinks people consume. Marion Nestle, the author of the book “Soda Politics,” has called the group a “front group” for the company “to confuse the science and deflect attention from dietary intake.”

To be fair, navigating the wilds of nutrition science is tough, with constantly competing findings and varying degrees of research quality. On a consumer level, it can be particularly confusing, which may explain why someone felt the need to sue the companies in the first place.

The presence of soda company funding only complicates the issue. To avoid the perception of bias in future research, at least one school, the University of Colorado, returned a $ 1 million grant from Coca-Cola. The American Academy of Pediatrics returned $ 3 million to Coca-Cola, and the Academy of Nutrition and Dietetics returned $ 1.7 million.

The return of that money is underscored by data from the US Centers for Disease Control and Prevention, which conflicts with the research supported by the companies. The CDC’s data show the US obesity rate has continued to grow, even as people have increased their exercise. 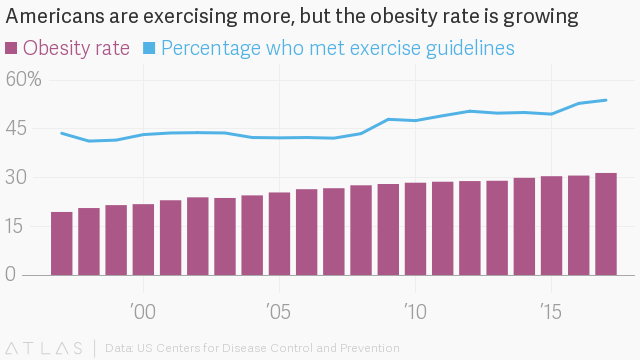 Today, a third of the country is considered to be obese. And while that health problem is a concern on its own, more troubling is that studies increasingly show it’s an entry point to a more pernicious set of issues, including heart disease, type 2 diabetes, and stroke.

To that end, if soda companies want to use adjectives—such as “diet”—on their products, it may better serve their customers to explain what it actually means. Figuring out how to eat healthily is confusing enough without having to consult the dictionary.